In The Ascent Tips and Tricks Guide: Top 10 Things All Players Should Know, I’ll be going through each of the 10 most important tips you have to remember that will make exploration and combat in Planet Veles much more manageable and meaningful at the same time. The Ascent is an Action-shooter RPG, which is developed by Neon Giant, and it’s set in a dystopian cyberpunk world. You start your journey as an indent or slave with a major task of discovering the main reason behind the sudden collapse of the megacorporation who owns you and the entire metropolis. The question is, can you and your district survive without them?

The Ascent Tips and Tricks Guide: Top 10 Things All Players Should Know

In The Ascent, you can play solo or with up to 3 other players. What makes this game much more interesting is its Classless System, which means that creating your own class is entirely up to you. You can select from a variety of Weapon types such as Assault Rifles, Pistols, Hand Cannons or Shotguns, and mix it up with Armor that boosts your defenses and attributes. You can also choose Augmentations and Modules that grant you special and passive abilities, respectively. In this guide, I’ll be focusing on combat, loot, and the Classless System. First up is combat with the Cover System.

Twin-stick shooters are not known to have cover systems, although consider The Ascent to be the outlier. Anything, and I mean anything like heaps of junk or countertops can be used as cover. Just remember that these are destructible so you can’t hide behind them forever. 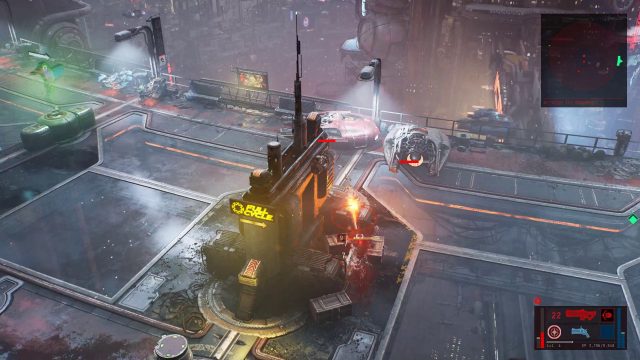 Hiding or crouching behind cover also isn’t enough to protect you from enemy attacks completely, but it does help momentarily, especially when you have to reload. Note that when shooting from cover, you have the option to blind fire in order to hit enemies who are standing or those who’re occasionally popping their heads from behind a cover without standing up yourself. Doing this can prevent you from getting shot. 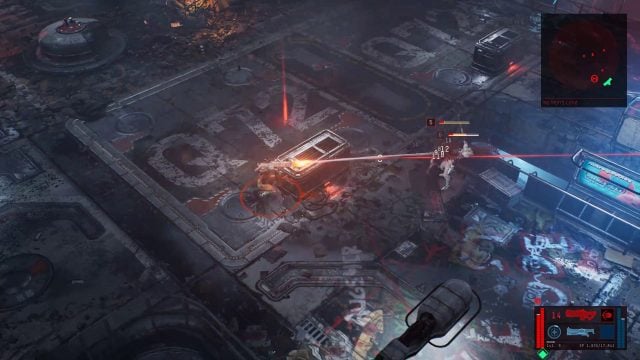 Since the game is a fast-paced action-shooter though, you will have to move often because enemies do everything in their power to kill you. They’re pretty smart such that they’re able to flank and approach you easily if you just remain in one place, so remember to move from cover to cover, and not just “hunker down”.

What The Ascent excels at in addition to presenting any object as a form of cover is how detailed its environments are. This includes the random placements of explosive canisters and abandoned vehicles, which you can utilize to your advantage. 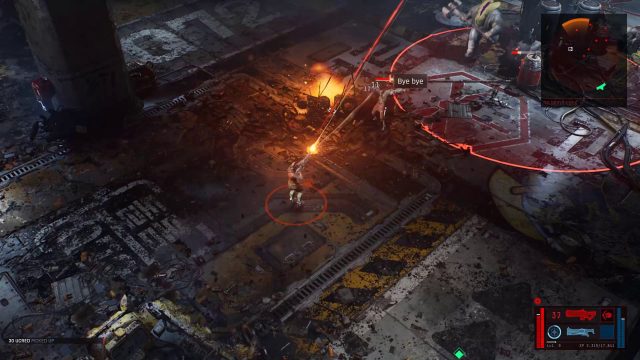 Most of the time, they’re considered as warning signs of multiple incoming enemies. What you can do beforehand is to aggro your foes and then to move back in order to lure them next to these bombs. Make sure to quickly evade the area before shooting the canisters and vehicles, otherwise, you’ll instantly explode to your death just like your targets.

8. Use Evade as Often as Possible

Evasion is a very important skill because it helps you avoid enemy attacks. You’ll notice that each character has two arrows pointing forward that correspond to the number of times you can evade in quick succession. Once you’ve used up both arrows, you’ll have to wait for a couple of seconds before reactivating it. 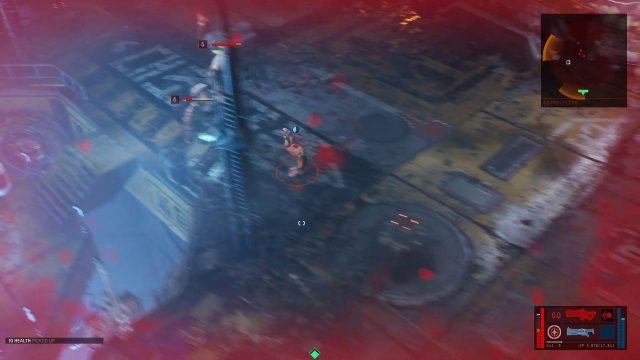 As such, you’ll need to combine this action with running so you don’t end up in the middle of a fight, otherwise, you’ll be dead in a matter of seconds. Note that investing a couple of points into the Evasion Skill reduces its cooldown time, and is absolutely worth doing, especially if you find yourself having to Evade often.

In the heat of combat, simply shooting enemies wouldn’t be enough to put them down especially when there are too many of them in the area. This is where Tactical Gear and Augmentation Abilities become truly valuable. As such, you ought to preserve your energy in order to prepare for these critical moments. 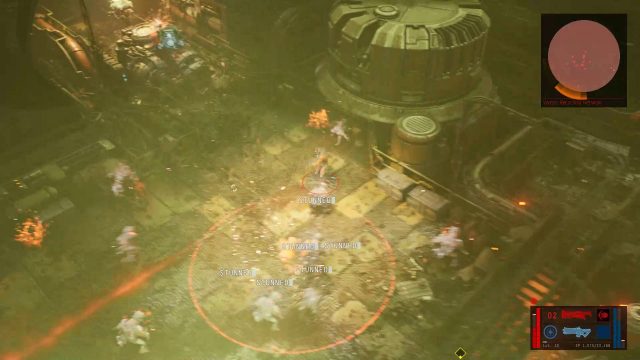 By grouping them up and then supplementing your shots with Tactical Gear in the form of grenades as well as special abilities from Augmentations, you’ll be able to employ crowd control techniques on top of inflicting massive damage. One example of a powerful Tactical Gear is Stasis Drone, which summons a drone that applies Stasis to immobilize your current target. If they die while under the effects of Stasis, they explode and harm nearby enemies. 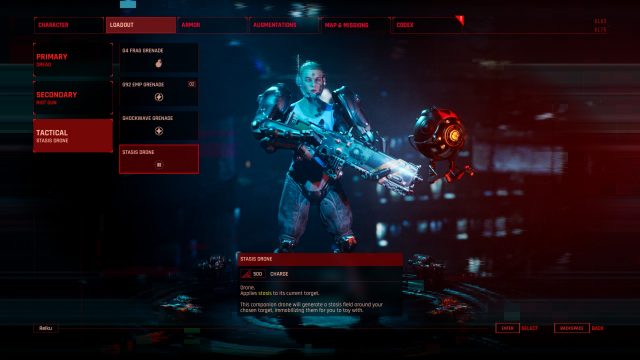 Other abilities allow you to push targets away from you, send them flying into the air, or stun them in place. You’ll then have enough time to reload and to find a suitable cover to crouch behind while waiting for the rest of your enemies to approach you.

Given the sheer size of each of the metropolis’ tiers, you’ll look for efficient ways to fast travel from one point to the next, rather than running towards them. Luckily, you can go to a Train Station, which is free of charge, or hire a taxi to pick you up from wherever you are for a substantial fee. Do remember that for the latter option, this can only be done outside of hubs as long as the location you’re in is free of hostiles. 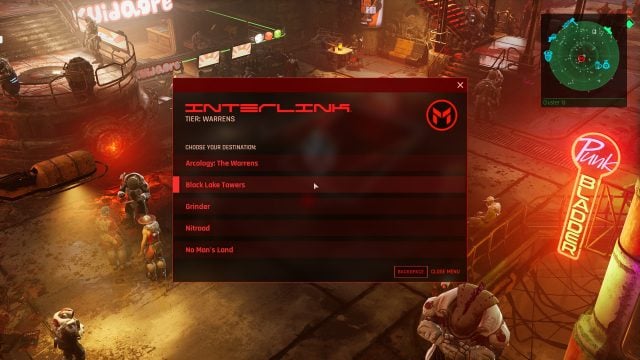 However, both alternatives do not grant you a free pass to move vertically from one tier to the next. This means that you can’t fast travel, say from the Warrens, which is the bottom-most section of the entire city, to the level above it, namely the Highstreet. Basically, you can only use the subway or the cab within the tier’s multiple fast travel points.

As such, you’ll have to plan out your missions based on their locations so you don’t waste time taking the elevator to travel to different tiers every now and then.

Loot can be in the form of Basic Components, extra Skill Points, and even uCred or the world’s currency. Money is important in character building because the more uCreds you accumulate, the more enhanced Armor, Weapons and Augmentations you can purchase in order to improve your character’s offensive and defensive abilities. These are expensive so it’s best to familiarize yourself with certain activities to collect them as soon as possible, since there are no areas that let you farm uCreds.

Some are obvious like chests waiting to be opened, whereas others like gray suitcases require you to walk or to roll over them to get that extra money. These suitcases can easily be missed since they’re not glowing. 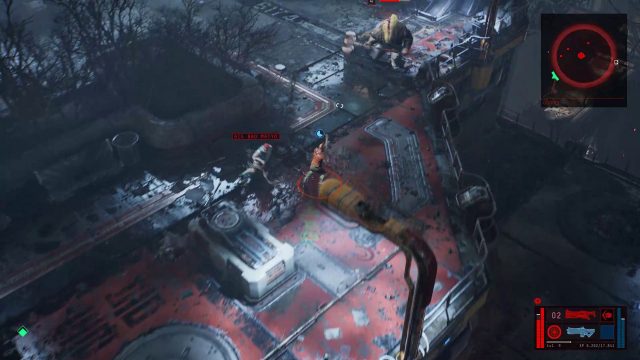 Additionally, the more you explore Planet Veles, whether you’re doing missions or following the map for loot increases the chances of encountering and killing more enemies. This lets you come across special enemies, which have unique names displayed above their heads. Eliminating them gives you a Bounty item that you can sell to Bartenders for 1,000 uCred each. Note however that these troublemakers have their own enhancements, making some of them formidable to go up against.

Furthermore, be sure to pick up Weapons and Armor left by your targets even if you already have them since duplicates can also be sold at hefty price tags.

4. Hack Anything with the Cyberdeck

There are a lot of items in the game that require hacking and the only way to do so is by using the Cyberdeck. Acquiring components of the Cyberdeck allows you to hack through locked chests, doors, and ATMs. Hacking is also a good way to save some money instead of spending them on vending machines that provide you with extra HP and energy. 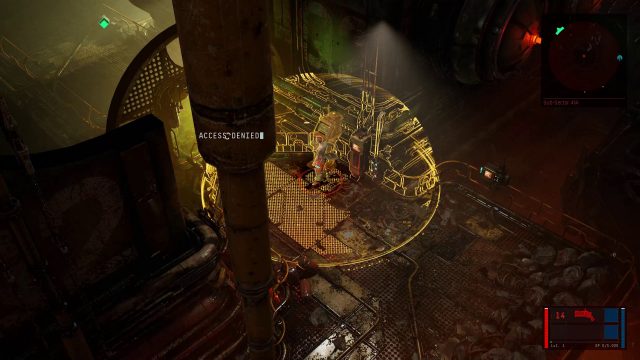 You can collect Cyberdeck components in just about any area. Alternatively, if you’ve amassed a ton of uCreds, you can purchase them from Cyber Vendors. Objects highlighted in yellow can be unlocked or activated. Additionally, yellow circles on the ground allow you to summon turrets to help you shoot targets. You may also refer to the Journal’s Character section to know the types of objects you can hack.

The Weapons you get from missions and enemies or the ones you buy from vendors should be upgraded with the help of the c in order to raise its corresponding levels and therefore, damage. Instead of hoarding Basic and Advanced Components, it’s best to use them on the Weapons you’ve collected at earlier levels in order to counteract the growing strength of your enemies. 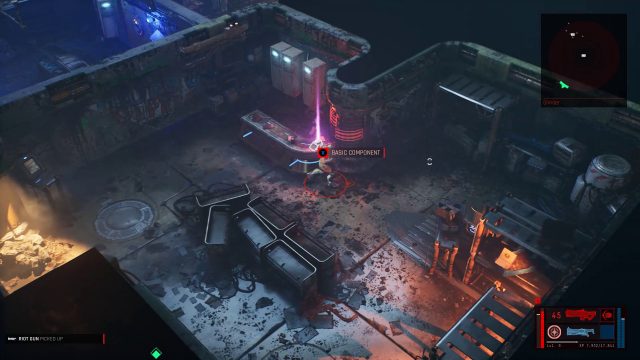 I highly suggest going for the ones you pick up along the way rather than purchasing Weapons since you’ll be able to benefit from their effectiveness by upgrading them quickly. For example, Mk. levels 1 to 5 lets you spend Basic Components, whereas Mk. levels 6 onward require you to use Advanced Components. 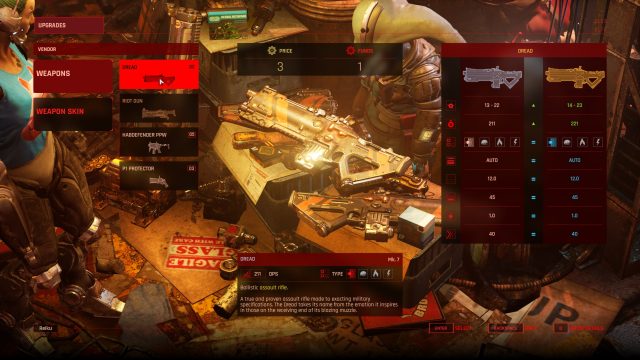 Note that these can’t be farmed, and instead, are obtained from various locations. Also, they aren’t available for purchase from vendors. Because of this, it’s best to focus on upgrading one to two Weapons at a time so you can enhance their capabilities rather than spreading yourself thin given that these Components are limited.

In The Ascent, you’ll come across different enemy types like ferals, turbo thugs, and automated defenses. What’s important is to find out if your Weapon is well-suited against them or by paying close attention to the color of your shots. Red means that the Weapon you’re currently using is very effective, white is effective, and gray is ineffective and should therefore be changed to a different loadout. 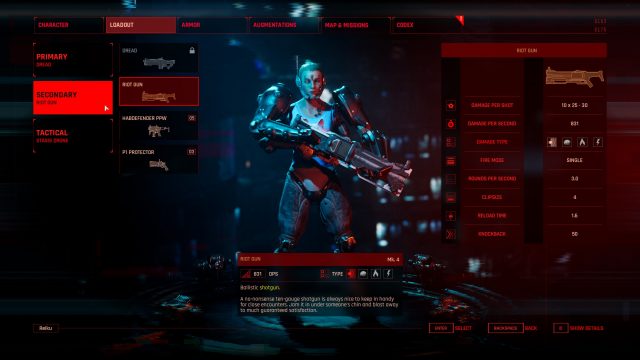 Since you have two loadouts, it’s also better to bring Weapons with different damage types so you can prepare for the targets you’ll face, and there are four damage types, namely Physical, Digital, Energy and Fire. At earlier levels since you’ll be going up against mostly ferals and thugs, it’s best to equip guns that deal Physical Damage. As you fight tougher mechs, remember to bring Energy Weapons, which inflict massive damage against them.

The Classless System allows you to play different characters the way you want to with Augmentations and Modules to complement your playstyle. One thing to remember, especially at lower levels, is to invest a couple of skill points into Evasion to dodge attacks more frequently or Vital Signs to increase your max HP. Either skill comes in handy to increase your survivability since you’ll always face enemies in groups. 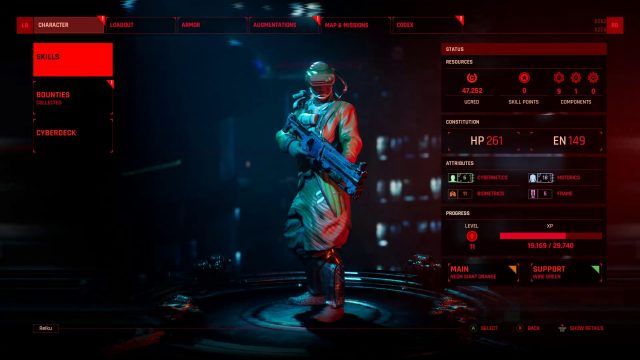 Furthermore, skills influence the four attributes you have, which are Cybernetics, Biometrics, Motorics and Frame. In turn, these attributes determine the potency of your Augmentations, in terms of dealing more damage or healing faster. For instance, investing in the Critical Hit Rate and Tactical Sense Skills increases your Cybernetics. This will make Cybernetic Augmentations such as Volatile deal exponentially more damage from explosions. 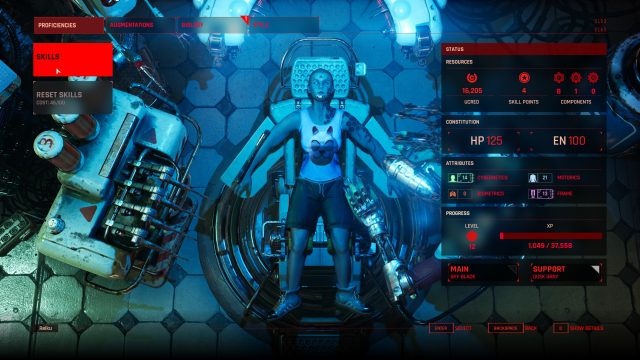 What’s more is you can talk to the Grafter to respec your skills if you want to change your current character’s specializations. Doing so will allow you to start fresh and to mix and match different Skills, Augmentations, Weapons and Armor until you find the perfect build for your playstyle. But do note that the more skills you’ve enhanced, which is equivalent to a higher level, the more costly the respec is. As such, it’s much better to experiment with different builds at levels 10 and below.

Familiarizing yourself with The Ascent tips and tricks will help you manage tough encounters with ease. It’ll also enable you to create powerful and effective characters that utilize the gear you’ve acquired and the special abilities they can use depending on the circumstances.

Stay tuned for The Ascent Build Guides, and be sure to check out our Twitch Channel if you have questions about the game! What did you think of this Beginner’s Guide? Will you play The Ascent? What Builds are you excited to see? Let us know in the comments below!