When The Ascent was first revealed in the middle of last year alongside several Cyberpunk titles, I was a bit skeptical as to what this game would deliver. I’d often ask myself, “How much of a Cyberpunk themed game is The Ascent? What makes it rise above the rest of the Action RPGs we’ve played and enjoyed so far, and what sets it apart?”.

In this Ascent Preview and Gameplay Impressions, we’re going to tell you everything we know so far in terms of the story, combat, character progression and more! The Ascent is Neon Giant’s first title and it has been in development for 3 years.

The Ascent Preview And Gameplay Impressions: Everything We Know So Far

The Ascent Story And Missions

The Ascent is an Action-Shooter RPG set on Planet Veles, a packed Cyberpunk world. This is ruled by The Ascent Group, which is a mega corporation that owns everything and everyone in the metropolis. The entire city is a sprawling arcology built high into the sky and is populated by different races from all over. You are one of the many enslaved workers of The Ascent Group, which has suddenly closed down without any explanation. Not long after, corporations and gangs have begun to cause more chaos in order to vie for power. Meanwhile, the survival of your entire district is at stake. Your task is to determine the cause of this catastrophe or at the very least, to get out alive. 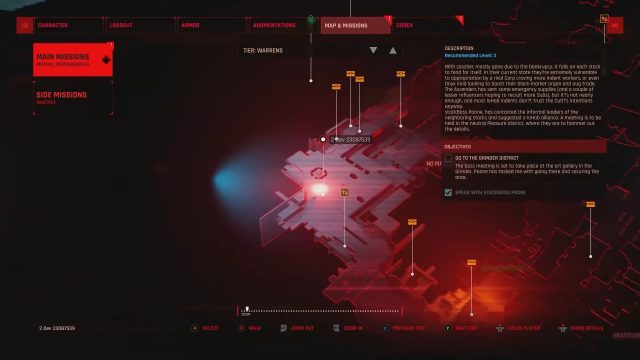 The Ascent has a decent amount of exploration so if you decide to only pursue the main story, you’ll only see about half of what the world has to offer. This takes about 15-20 hours to complete. Additionally, the campaign itself is linear so you can opt to play through side missions from time to time if you want to level up, collect loot, and unlock more lore. You also have a Codex, which contains useful information to flesh out the lore of the game, if you want to learn more about this aspect. 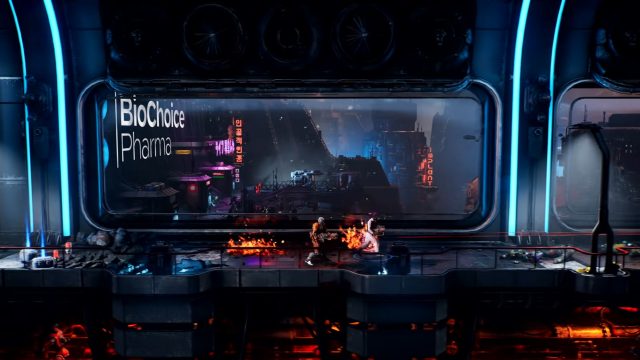 What I’m excited to witness is how the overarching and side stories connect and unfold because if you only complete main missions, you’ll definitely miss out on some districts entirely. There are also systems in place to reward players for revisiting previously explored areas, with new encounters and events that should keep players on their toes. Lastly, everything is predetermined from the start, including loot and secrets.

The Ascent Combat And Gameplay

The Ascent is a top-down, open world, Action-shooter RPG set in a dystopian mega city. What’s unique about this game is that it intends to mix up the exciting and fast-paced gameplay of twin stick shooters with the stats and customization involved in most RPGs. You can play solo or in a party of up to 4 players, either online or offline couch-co op. 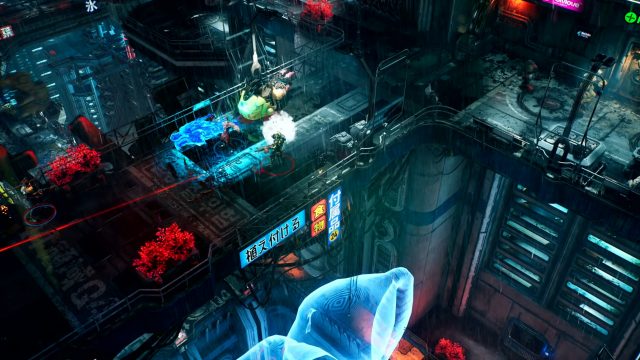 A heavy emphasis is placed on the world building aspect of The Ascent. Neon Giant’s intention is to create a living and breathing world by making use of dynamic settings and environments to show how reactive the entire city is. You can interact with almost every object and person possible. One example is having the option to buy from a vending machine or to hack it if you so choose. NPCs are actually preoccupied with their duties instead of idly waiting in one location for you to talk to them. They’ll converse with each other, and often react to things that are happening in the world and to the narrative. Even civilians respond accordingly by panicking when you and your enemies begin shooting at each other with intense ferocity. 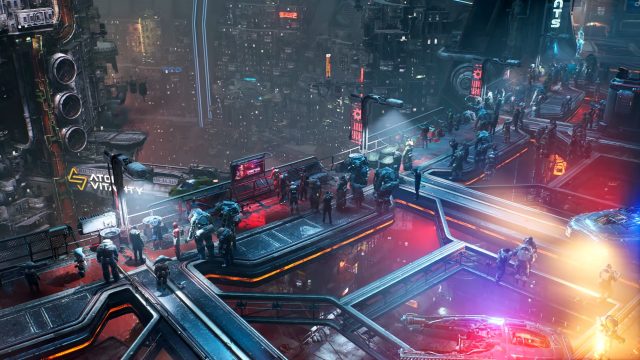 What I find interesting is how much time and effort has been focused on game design. Progressing in any type of mission allows the world to adjust accordingly. As a result, one group who you’ve become friends with could suddenly be hostile towards you after progressing a certain part of the story. Random events continue to happen in the background, so when you return to a certain place, you’ll notice how different the NPCs have become.

The Ascent Environment and Verticality

The Ascent is true to its roots in terms of delivering a legitimate Cyberpunk-themed game. The mega city is a large dystopian world that separates its population into different tiers depending on their social status. The bottommost part or the maintenance tier is where the lowest of people dwell. This is where you start off by doing jobs that nobody else wants to do. You’ll also spend a lot of your time in the Warrens, which is struggling to survive due to its vast population. 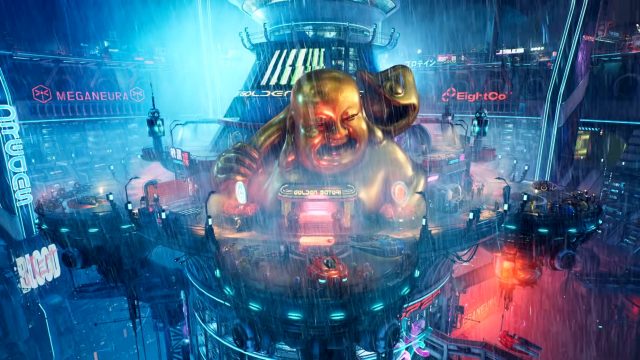 As you explore the upper tiers, you’ll be exposed to breath-taking scenery as well as technologically advanced areas that cater to the needs of others. You’ll encounter things such as thriving marketplaces, science hubs, and even other organizations. The sense of scale and wonder is further emphasized by the verticality that The Ascent brings. Since the game is played from a top-down perspective, you’ll be able to look down into each tier to see how large the mega city actually is.

Another innovation that The Ascent brings to the table is the heavy use of cover. Usually, the twin-stick shooter genre doesn’t make use of cover at all so this is quite unique. Whether or not you’re a tanky character, you’ll need to efficiently find and take cover or maximize the use of your dodge ability, or you’ll be in for a rough time. Anything in the environment can, and should be used as cover. However, you can’t simply wait behind one the entire time as enemies are smart enough to use tactics such as flanking or throwing grenades to flush you out. 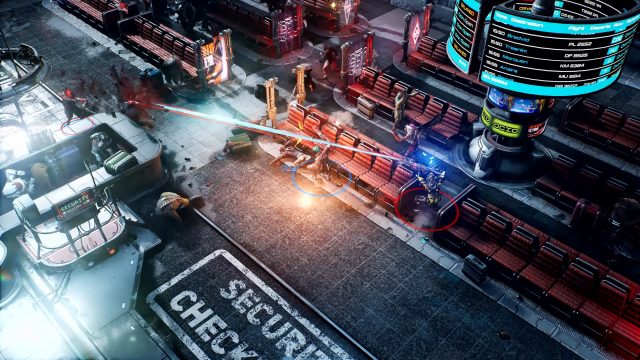 Environments are destructible so your foes can just decide to blow up your cover entirely. Of course, you can do the same to them. You can also shoot from behind low cover by aiming above your head. Moreover, you can be placed in a situation where both you and your target are shooting from the safety of hiding spots, thereby prompting a game of chicken to see who’s brave enough to move out and to try to go around and fire.

The Ascent Class and Progression

The Ascent is an RPG at heart, and the stats and level up mechanics prove that. While the game is completely classless, you’re still given a large selection of Skills, Attributes and Augmentations. These are just some of the things you can invest in to build your own Class. When you level up, you gain more Skills, which directly affect your Attributes in different ways. 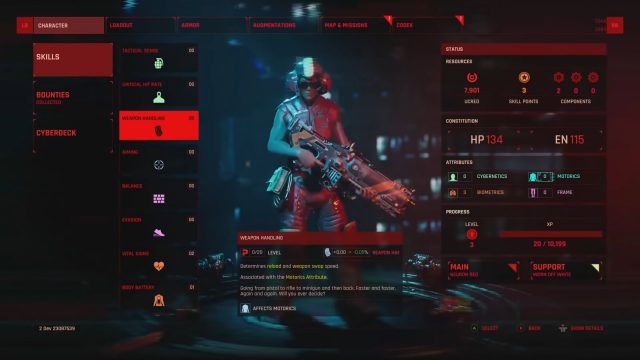 For example, players who enjoy a tankier playstyle may want to put points into HP, or the ability that creates a giant dome-like shield to protect you and your friends. You can also build a purely DPS character, which focuses on raw damage, or create a hybrid who is a jack of all trades. This is one of the things that I’m very excited about because the amount of customization and builds you make are limitless. What’s more is you can even respec your Skills but with a cost. Note that there is no confirmation yet regarding the possibility of selecting a race when you create a character.

During your travels, you’ll collect a large variety of Weapons and Armor. Initially you’ll start out with the basic Pistol until you find Shotguns or Assault Rifles. At higher levels, you’ll have the opportunity to acquire Particle Beam Cannons, Flamethrowers, or even Rocket Launchers. 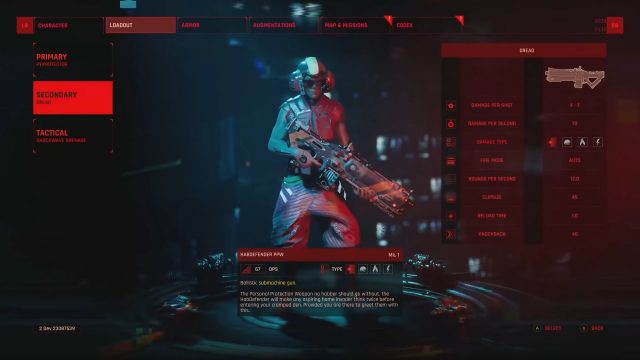 Each Weapon is effective against certain enemy and Armor types so it will be up to the player to discover what combination works best. Additionally, you have Tactical Equipment such as Grenades and Shields. Each piece of equipment is also hand-crafted, meaning, these items have custom art assets and descriptions that make them truly unique and suitable for this world.

The Ascent should look very familiar and welcoming to fans of twin-stick shooters like Helldivers. The game’s top-down perspective as well as the movement and aiming aspects should instantly be recognizable. What Neon Giant is aiming for is enhanced RPG elements from collecting Weapons, Armor and Augmentations to customizing characters to your heart’s delight. But the excitement doesn’t end there since you’ll have to blast your way into each level of the city’s tiers. 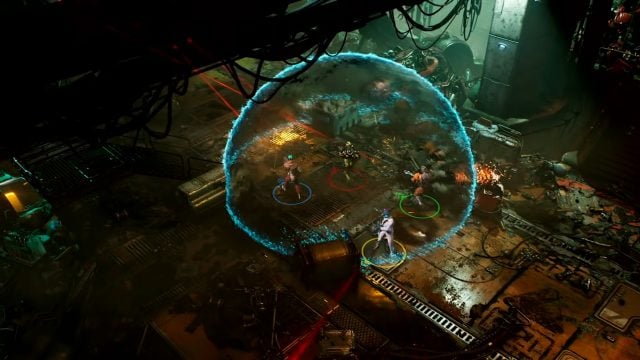 The Ascent is definitely one of the games I’ve been eager to play this year because of its visually delightful environments, high tempo gameplay, and intricate RPG systems. Developed by a company of only 12 people, it is already impressive what has been accomplished. What remains to be seen is if it will actually bring players a satisfying experience as they shoot their way into surviving tactical encounters, and with a series of disappointments in the RPG space recently, it’s easy to get over excited. We’ll be publishing a full review of the game soon, so stay tuned for that, but for now you can find The Ascent on Playstation, Xbox and PC via Steam!

If you want more previews be sure to check out Stranger of Paradise: Souls-Like Final Fantasy Impressions and Tainted Grail: Conquest Preview & Features Overview.