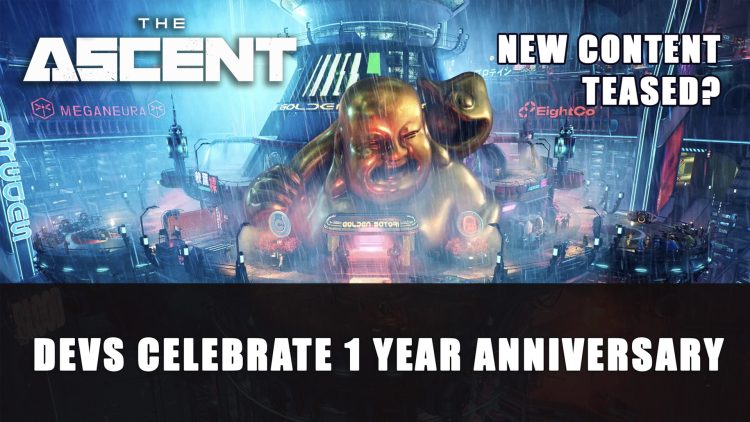 Action-RPG shooter The Ascent looks to be gaining some new content according to a recent teaser released by developer Neon Giant.

A recent Tweet by developer Neon Giant looks to be teasing some new content coming to The Ascent. The post shows a ten-second video which celebrates the first anniversary of the game. According to the video, we should “gear up for a new contract” which suggests that a new DLC or expansion is underway.

The video is short but sweet, also accompanied by the line “…we’ll just leave this here…” in the post. This implies there could be something on the horizon.

The Ascent was released last year in July, bringing its own flavour of classic RPG inspiration in a top-down styled shooter. The game utilises cover systems and destructible environments. The title gives both single-player and co-op options, with up to four players. Players transcend its vertical design through a giant skyscraper with the freedom to roam the rundown world. Its fast-paced action is paired with cyberwar customisation and loot ’em gameplay. We gave it a solid 8.5 in our The Ascent review, which gained high points in story, gameplay and more.

It’s our 1st Year Anniversary! We’re humbled by the support and love we’ve had since launch. Thank you to our awesome community for sticking with us and for playing our game! We appreciate each and every one of you!

Now with that being said, we’ll just leave this here… 👀 pic.twitter.com/v4JxRZe7i3

In March this year, the game received a New Game+ mode, as well as CyberWarrior DLC which included new weapons, armor and skins. New Game+ means you can bring in all the gear, weapons, knowledge and skills received in your first run, now with a higher level of difficulty.

If you’re looking for some guides be sure to check out our latest in The Ascent Best Builds: Terminator Tank Build and The Ascent Best Skills, Attributes And Augmentations Guide For Your Builds.

The Ascent is current available on PC, Xbox Series X|S and Xbox One consoles, as well as through Xbox Game Pass.

Looking for some RPGs releasing soon? Check out our list in Top 5 Upcoming RPGs Of August 2022. You can also take a look at Lost Ark Details August And September Content Roadmap.