In this The Ascent Build Guide, I’m going to show you my Shotgun Slammer Build, which primarily uses Shotguns to effectively kill, and even one-shot, the majority of enemies. I’ll share the Skills and Attributes you should focus on, the Augmentations you’ll pair with these, and the Tactical Gear, Weapons and Armor that work well for this Build. If you’ve been looking for a way to shred enemies at close range while remaining as durable as possible, then this Ascent build guide is for you.

The Shotgun Slammer Build specializes in dealing massive amounts of damage due to its Shotgun proficiency. You’ll aim to rush towards enemies to get up close and personal in order to blast them into oblivion. To reduce the risk of exposing yourself too much, you’ll have to boost your max HP, which allows you to survive attacks without the need to evade as much nor to go into hiding behind cover frequently. 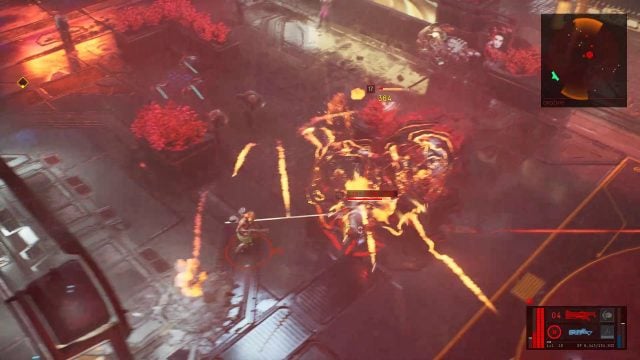 With the Hydraulic Slam Ability, you should be able to lure groups and to kill numerous foes by activating a massively strong and forceful punch. Additionally with the Homing Mim Augmentation, you’re able to release several missiles, which actively searches for nearby targets and detonates once they’ve been reached. This gives you space to focus on another set of enemies as needed.

Every time you level up, you gain 3 Skill Points, which you can then use to allocate to one or several Skills of your choice. Take note that you can also gain additional Skill Points through exploration. Furthermore, each Skill influences Attributes that determine the effectiveness of your Augmentations or special abilities. Among the 8 Skills in The Ascent, you’d want to focus on Vital Signs, Aiming, and Weapon Handling the most. 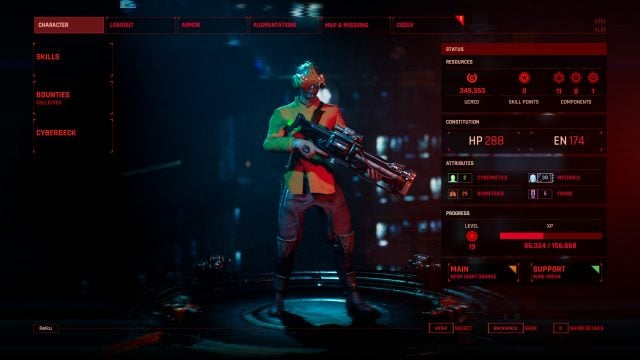 At earlier levels, it’s best to invest around 7-10 points into Vital Signs first since you’ll be predominantly shooting enemies up close with a Shotgun. This Skill boosts your max HP to withstand attacks for survivability. 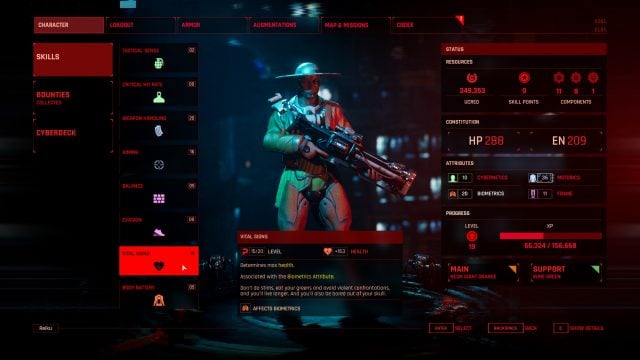 Somewhere down the line, you’ll want to increase Aiming to greatly improve the accuracy and stability of your Weapon. This lets you control your Shotgun easily by making each shot count especially since its corresponding clip size compared to other Weapons is low.

You’ll also feel the need to invest a couple of points into Weapon Handling once you switch from one gun to the next or when you reload. Weapon Handling allows you to swap to another Weapon and to reload quickly, which is of paramount importance since you’ll often find yourself having to reload. This happens a lot when you’re overwhelmed by tougher enemies but it shouldn’t be too concerning since you can evade or briefly crouch behind cover when performing either activity. 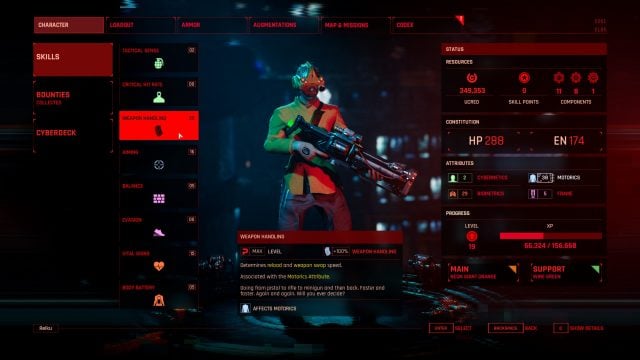 Overall, you ought to set Vital Signs to 15 and Aiming and Weapon Handling to 20 each to ensure that you get the best results for this Build. For spare points, you can raise Body Battery to boost your max Energy in order to activate Augmentation Abilities, as well as Tactical Sense to recharge and therefore, to use your Tactical Gear. It’s also worth putting some points into Evasion so you won’t have to wait for its long cooldown time prior to reactivating it.

In total, your Motorics Attribute should be maxed out followed by Biometrics, and then Cybernetics or Frame depending on your preferences.

When it comes to special abilities, you’ll want to focus on Augmentations that utilize and considerably develop the performance of your Motorics Attribute, while taking your Build’s close range playstyle into account. As such, it’s best to obtain the Hydraulic Slam and Homing Mim Augmentations.

Hydraulic Slam is a powerful punch that inflicts massive damage due to its impactful force. This ability allows you to obliterate enemies who come directly into contact with it, while knocking back the others. Hydraulic Slam is perfectly useful in situations after luring multiple groups, which have started to overwhelm you. It can be activated before you perform one-shot kills with your Shotgun to finish off the ones who remain to stay alive. 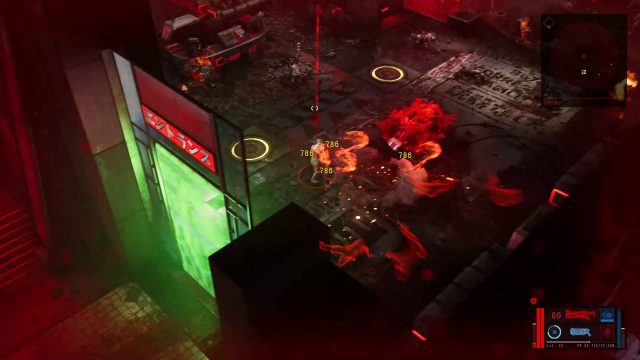 However, do note that this puts you in a very precarious position when there are way too many enemies so you’ll have to carefully manage the number of targets you’ll be bundling together. Otherwise, you can die in a few seconds. Given your max Motorics Attribute, you’ll be able to instantly eliminate most of the enemies since this increases the damage dealt by Hydraulic Slam.

Meanwhile, Homing Mim allows you to send missile projectiles, which automatically target nearby enemies and detonate thereafter. This is one of the best abilities available in the game because it allows you to multitask. What you can do is to easily fire Homing Mim at one group, which will then kill them in the explosions, while shooting another set of enemies with your Shotgun. Because you’ve maximized Motorics, you have more missiles at your disposal to set off. 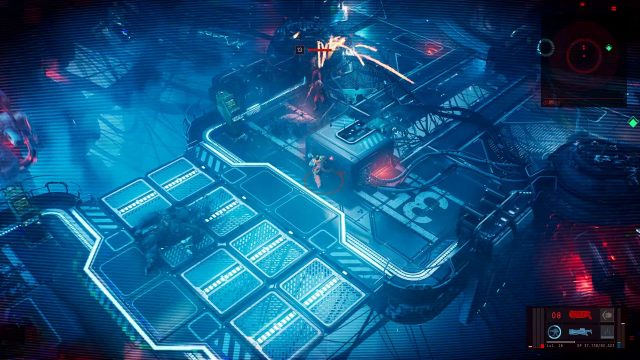 Unlike Augmentations, Modules are meant to enhance your passive abilities. For the Ascent Build, Shotgun Slammer, you’re going to face enemies at point-blank range, so you’ll have to further improve your HP. To do this, be sure to equip the Vitasigns Booster and the Speedheal Mod. 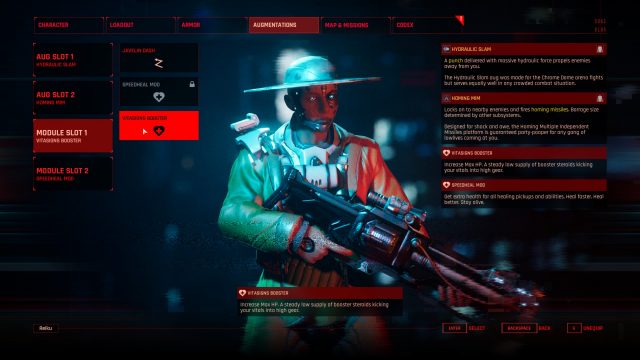 The Vitasigns Booster increases your max HP in addition to the Vital Signs Skill. Meanwhile, the Speedheal Mod allows you to regenerate more HP when you pick up health packs.

Because of your loadout, you can choose two types of Weapons to swap in between combat. For your Primary Weapon, selecting a Shotgun that deals decent Physical Damage is sufficient. Specifically, the Riot Gun, which you can pick up at earlier levels, is very powerful at efficiently eliminating most enemy types with just one to two shots. Considering that this has a low clip size of 4, it’s a good bargain. 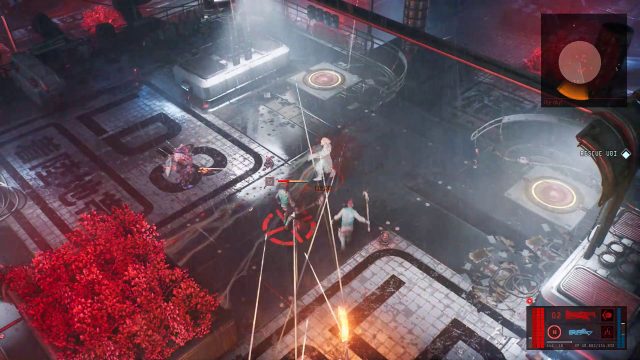 For your Secondary Weapon, you can choose another Shotgun or a Hand Cannon. Another impressive Shotgun is the ES4 Eraser, which has a higher clip size than the Riot Gun. It also inflicts massive Energy Damage per shot, which you’ll find potent against mechs and bots.

On the other hand, occasionally equipping a Hand Cannon such as the HCF Heat as an alternative to deal notable Fire Damage at mid range distances is also acceptable. This will benefit you in cases where you’ll be forced to constantly shoot from behind a cover and from a distance. Additionally, the HCF Heat can stagger enemies due to its high knockback value. 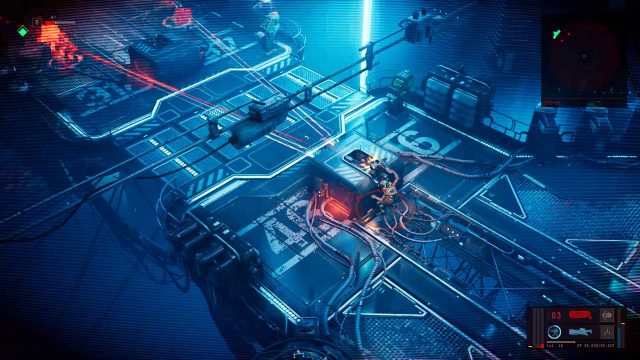 Similar to Augmentations, Tactical Gear provides you with a special ability, which can be in the form of grenades, robots or turrets, that aid you in fights. Since you won’t be prioritizing Tactical Sense, it’s best to select the Tactical Gear that won’t take a long time to charge based on the damage you deal. As a ballpark, aim for the gear with at most 500 charge value. 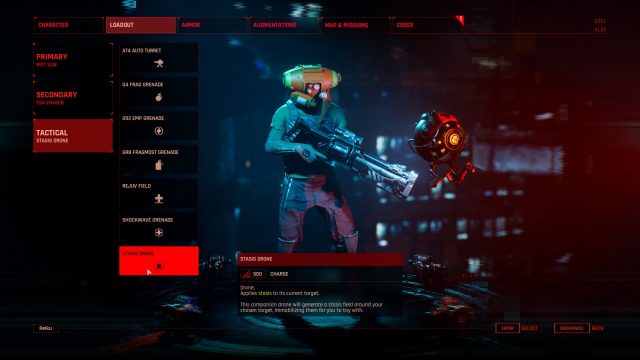 Stasis Drone works best with this Build because of the crowd of enemies you’ll be pulling together. As the name implies, it inflicts Stasis onto a single target, which immobilizes them for a period of time. When multiple groups are running towards you, simply throw and deploy the Stasis Drone to affect at least one of them. Once activated, you’ll need to shoot to kill. 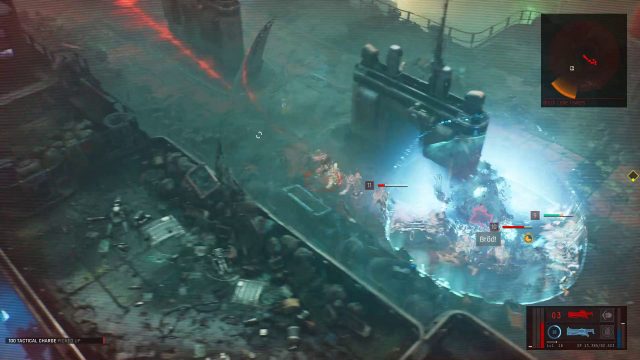 When the affected enemy dies under the effects of Stasis, it’ll explode and harm all nearby creatures within range as a result. If the companion drone is still available, it’ll attach itself onto the next target. Repeating this cycle allows you to eliminate enemies more efficiently.

When it comes to Armor, you’ll be focusing on acquiring the best head, torso and legs Equipment that’ll defend you from Physical, Energy, Digital and Fire Damage. At earlier levels, you’ll mostly encounter enemies that deal Physical Damage but as you continue to explore other sections of each tier, you’ll have to protect yourself from the remaining damage types as well.

Energy and Fire Damage come from enemies like the Ungrateful Mercs and Megarachnoids whereas Digital Damage is inflicted by Combat Hackers. Note that in addition to these defenses, the following Armor also provides you with Attribute increases to further enhance your Augmentations, as well as Skill boosts, so choose wisely. 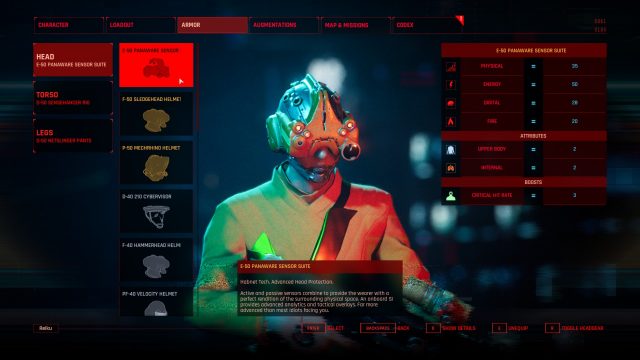 For your headgear, equip one that’ll give bonuses to your Motorics and Biometrics Attributes such as the E-50 Panaware Sensor Suite. You’ll be able to deal more damage with Hydraulics Slam while raising the number of missiles you use with Homing Mim. However, if you feel like you need added protection against Physical, Digital and Fire Damage more so than these Attribute increases, then I suggest you go with the F-50 Sledgehead Helmet. Not only does it provide you with a spread out and balanced set of defenses, but this helmet also gives +15% more Energy to use your special abilities in quick succession.

For the torso, you should search for Armor, which boosts your Weapon Handling and Aiming Skills while you’re dumping points into Vital Signs. As your level increases and you sufficiently allocate enough Skill points, you can shift your attention to better gear that enhances your durability like the E-50 Extrapadded Killball Vest to improve your defenses or the D-50 Sensehancer Rig to increase your max HP. 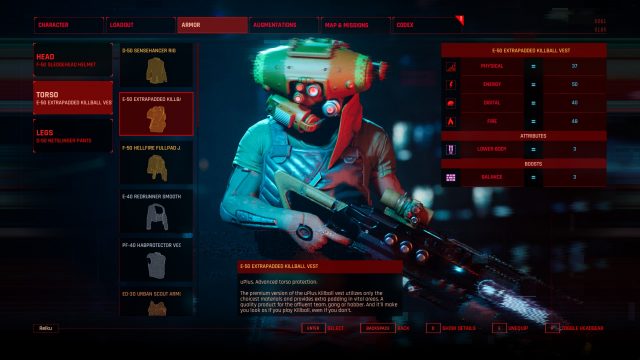 Meanwhile, for the legs, you can wear the D-50 Netslinger Pants to further increase your Energy.

Lastly, note that you’ll continue to find better Armor as you complete more and more missions. The purple ones, followed by gold gear, are the most rare and powerful types of Armor you can find. With this Build, you’ll always want to improve your Motorics and Biometrics Attributes while boosting your Body Energy.

Unlike Armor, Weapons require Basic, Advanced and Superior Components to improve overall damage. These components can be obtained from exploring. Be sure to check back with the Gunsmith to upgrade your Shotguns and Hand Cannon to make them more effective in combat.

Remember that this Ascent Build, Shotgun Slammer, is meant to withstand the majority of enemy attacks, however, certain boss fights will require you to use cover more often. In special scenarios like these, it’s best to swap your ES4 Eraser Shotgun or HCF Heat Hand Cannon for the EBR Enforcer Burst Rifle, which deals great Energy Damage from afar. Additionally, it has a very low reload time with a high clip size, allowing you to massacre bosses efficiently. 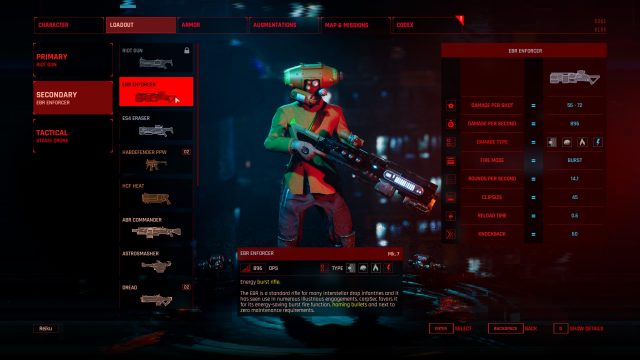 Lastly, if you find yourself dying a lot, you can opt to maximize your Vital Signs and equip the Biometric Timestamp Augmentation, which lets you heal faster, to replace Hydraulic Slam. Alternatively, you can choose Overclock to boost your energy and tactical charge regeneration together with your reload speed. Both Augmentations are influenced by your Biometrics Attribute so it should work well.

Stay tuned for more of our The Ascent Build Guides, and be sure to check out our The Ascent Wiki if you have questions about the game! What did you think of this Shotgun Slammer Build Guide? What Build will you try out first? What guide would you like to see next? Let us know in the comments below!