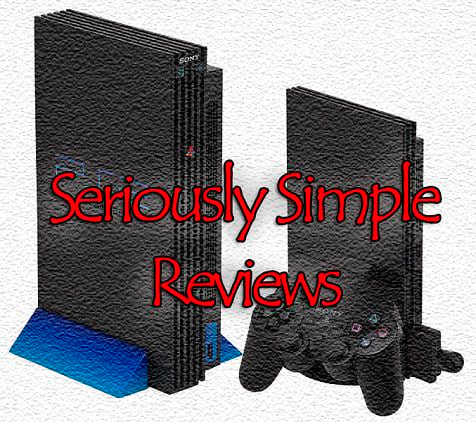 The 90s was very much a golden generation of fighting games, and on PS1 numerous titles of both traditional and more unique fighting games were around- much due to the trend started by one of the genre’s classic games- Street Fighter II. However, on the PS1 Sony had I game I feel is perhaps as quintessential to the genre- Tekken 3.
Before I start I must say- NO. I will not be talking about any kind of ‘story’ in Tekken. It is a fighting game- it is both utterly indiscernible and has no bearing on the game whatsoever. Now then, onto the review.

In terms of gameplay, it did improve upon its predecessor. Jumps were reworked to be more realistic and make aerial attacks more useful, sidestepping and true 3-D fighting were introduced. Also every character had a much larger arsenal of attacks- something that came to be a standout point of the Tekken series. This allowed fights to keep being varied, and arrogant friends could also attempt to kill you with 10 hit combos, which always gave life to any gaming session (not).

Speaking of which, not everything was perfect with the gameplay. There were a few characters by which almost infinite chains of attack spamming and knockdowns could beat many a savvy opponent. The almost endless kick combos of Eddie Gordo were the stuff of nightmares, and other characters such as Law or Jin also had hard hitting, knockdown kicks which were good to the point of almost being broken. This is a minor point however, considering most characters were much more rounded.

In other aspects the game improved too. The graphics were a good improvement, but the music stood out. There was a much more upbeat and modern theme to the music, and the very simple melodies were so memorable I still get them playing back to me in my head for days after a return to the game. The variety of characters was also excellent. It had a sizeable roster of characters also, with many being new inventions (as the time frame has moved on and Heihachi is now the world’s most buff grandpa), and most of them being extremely fun to play with, and the invention of the copycat character Mokujin is also a stroke of genius for me, giving a nice challenge to play with or a handicap for you overly skilled friend you’d rather not go up against.

However, despite what I’ve spoken about already, the best part of Tekken 3 is where it really breaks away from other games in the genre- these are it’s minigames. The first of which is a beat ‘em up mode called ‘Tekken Force’. It involves moving through levels smashing your way through hordes of enemies until you finally reach the ‘boss’- essentially just an abnormally difficult regular fight. There is 4 levels of this and if you reach the end, well you unlock the borderline comedy character Dr Boskonovic. The other minigame is the incredibly infectious ‘Tekken Ball’- martial arts volley ball. Powerful attacks cause the ball to be charged and damage the opponent. Also if the ball lands on the opponents half, they lose health. I kid you not when I say that Tekken ball could have its own game- it is that mesmerising. It is amazing, and the character created for it- Gon (who I only found out to my delight a year ago is a manga character), is a hilarious half pint dinosaur and an absolute blast. 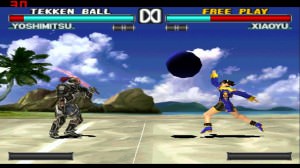 Really Tekken 3 is the whole package, and is in my mind the best fighter of the 90s (sorry Street Fighter), mainly due to its catalogue of unique and varied characters, solid fun gameplay and amazing minigames. If you don’t own it, please buy it from the PS store now. You’re missing out.

I’m in quite the mood for fighters, so next time I’ll be doing a 3 in one of fighting games that no one has ever heard of (not literally)- Battle Arena Toshinden 3, Psychic Force 2 and Guilty Gear.