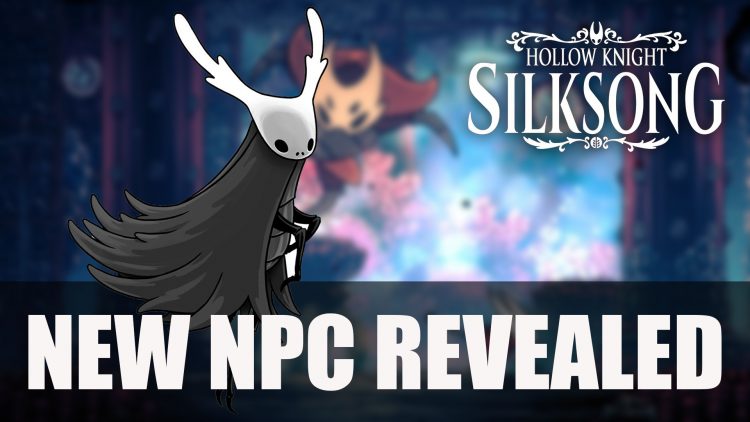 Developer Team Cherry behind upcoming Hollow Knight: Silksong reveal a new NPC that fans found from a series of riddles.

Fans are eager to know more about the follow up title, Hollow Knight Silksong which got a some new info this week on a brand new NPC coming with the game.

Last year, Silksong was revealed to be coming to Switch and PC which orginally started as a DLC, but soon the developers realised they had a whole new game on their hands with a new main character the Hornet.

The news introduces a new NPC called The Huntress described as a “towering old predator”. The Huntress was found from fans deciphering a series of Hollow Knight riddles that the game’s official Discord has put out to solve. One fan worked out the “huntress” password to access a zip file which contained an image of the new NPC.

This of course got shared to the Hollow Knight subreddit for all fans to enjoy, along with a description:

A towering old predator, awaiting her children to come. Though her attention is fixed on her task, she seems to know much about the waning state of Pharloom, scorning the Citadel above and the hapless pilgrims that make their ascent towards it.

The Huntress also already has a voice line which shares a bit more about this character:

Team Cherry haven’t revealed much else apart from the demo of gameplay that was shared at previous gaming events. But it’s great to see some lore behind the upcoming title.

If you want all the latest info as it releases be sure to drop by the Hollow Knight Silksong wiki.

For more news find it here in Horizon Forbidden West Aimed To Release On PS5 In 2021 and Little Town Hero Coming To PC On June 30th. Looking for some indie titles to try out over the weekend? Look no further than this list in Steam’s Summer Game Festival Kicks Off With Over 900 Playable Demos.