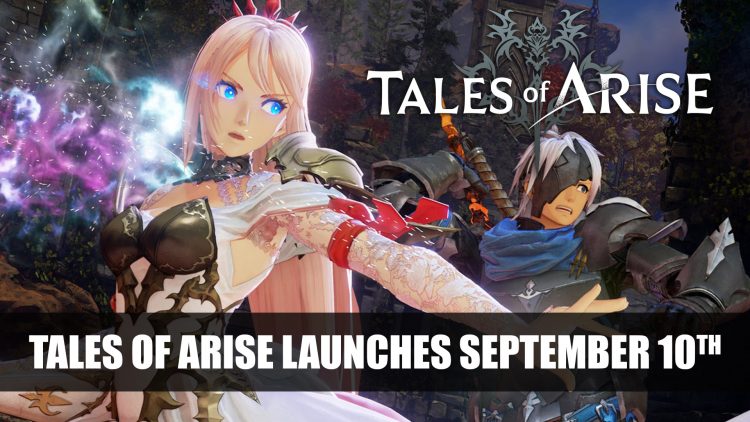 Bandai Namco announced Tales of Arise will be launching on PC, Playstation 4, Playstation 5, Xbox One and Xbox Series X on September 10th.

Bandai Namco has announced the next entry on the Tales franchise, Tales of Arise will be releasing September 10th for platforms PC, PS4, PS5, Xbox One and Xbox Series X/S.

This is the first time Bandai has confirmed next-gen platforms PS5 and Xbox Series for the game. Along with the news was the release of a new trailer.

According to Famitsu, the console version will feature a 60FPS performance mode and 4K visual mode options.

Tales of Arise was first announced at E3 2019, slated to release in 2020 for PC, PS4 and Xbox One, however was delayed last summer and the new release date was not announced. Now we can look forward to the release this September on a number of platforms.

Arise is the 17th main entry in the Tales series, the popular JRPG series of games that follows up the previous title Tales of Berseria. Not much is known about this game’s plot apart from it follows two characters from opposing worlds, Dahna and Rena. Rena has an advanced civilisation built with technology and magic, while Dahna has a more medieval society and are taken as slaves by the people of Rena. Tales of Arise uses an action-RPG battle system which follows the Tales series.

The latest trailer shows some of the abilities and moves players will experience in the game, as well as some of the enemies. The trailer certainly outlines a pretty dark storyline.

Tales of Arise will release on September 10th on PC, PS4, PS5, Xbox One and Xbox Series X/S.

For more news find it here in Monster Hunter World Board Game Kickstarter Surpassed $1.5 Million In One Day and Diablo Immortal Moves Into Closed Alpha Adding Crusader Class And 48-Player Raids. Check out our latest review here in Nier Replicant Review Impressions: Is The Nier Remaster Worth It? Should You Buy Nier Replicant V 1.22?