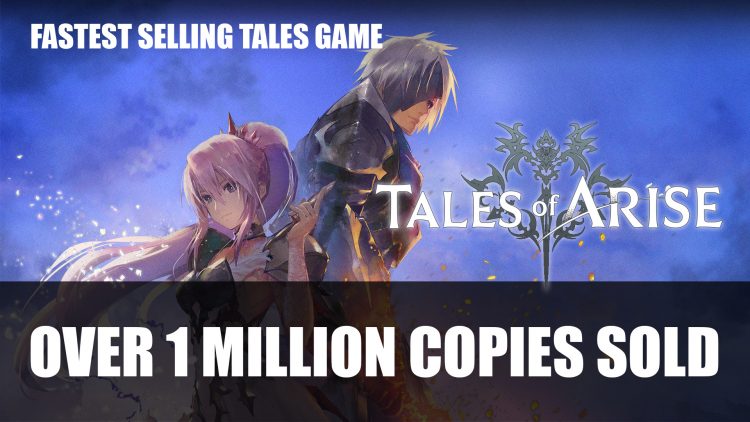 Bandai Namco has announced that Tales of Arise has now shipped over 1 million copies worldwide making it the fastest selling entry in the Tales franchise.

Tales of Arise Has Now Shipped Over 1 Million Copies; Fastest Selling Game in the Tales Franchise

Bandai Namco have announced the latest in the Tales series of games Tales of Arise has now surpassed one million in copies sold. The 17th entry in the franchise has now become the fastest selling one.

The franchise as a whole has now shipped 25 million units cumulatively. Celebrating the milestone art director Mamoru Iwamoto released an art graphic of the Tales of Arise duo main characters Alphen and Shionne.

A massive thank you from the #TalesofArise team for your incredible support so far! 🙏 pic.twitter.com/PX4mAqn3Up

In case you missed it Tales of Arise released this month on September 10th.  Tales of Arise is the 17th entry in the Tales series, which will introduce a stunning world darkened by the struggle of the Dahna people who are treated as slaves by the power-hungry Rena. The game features action, hack and slash combat with a party of playable characters to meet.

If you want to know what we thought of the game be sure to check out our Tales of Arise Review: A Beautiful Experience.

Tales of Arise  is available on PS4, PS5, Xbox One, Xbox Series X and PC.

For more news find it here in Gamedec Launch Trailer Released and Dying Light 2 Gets Delayed To February 2022.