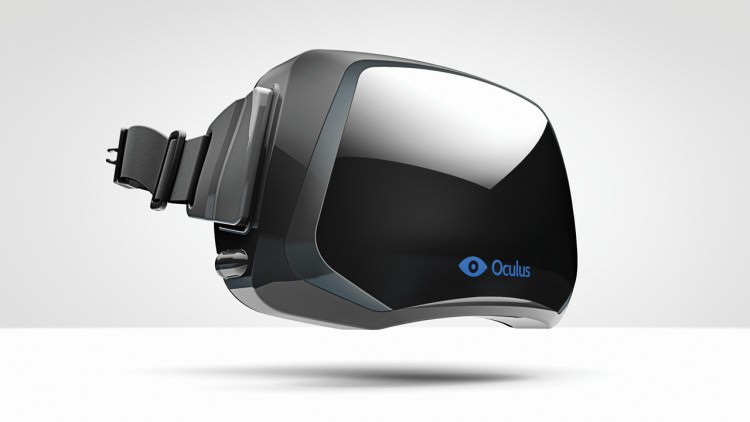 You’ve heard about it in several sites, you’ve seen it reviewed but didn’t really read it…. Because we were there when the Virtual Boy crashed and burned! But this seems different, and we want to know more, so read on to find out what exactly is this “Oculus Rift” you may or may not have been hearing about?

The Oculus Rift is a virtual reality headset that can display stereoscopic 3D and offer head tracking to let you look around inside virtual worlds! In other words it’s like putting yourself inside of a game. The display output for the developer Oculus Rift is 1280 x 800, but this is required at a minimum 60 FPS with v-sync enabled; the consumer version will be even more demanding. Right now, you’ll need a high end graphics card to run most games – there isn’t much overhead added by the Rift itself, but running games in 3D simply requires a decent rig. Next Gen consoles are already confirmed to have support for Oculus Rift games so you won’t be missing out on anything, Console Players! Sound too good to be true? Here’s a few videos of people using the developer version of the Oculus Rift.

The resolution for the developer’s Oculus Rift is 1080p. There are rumours going around that the consumer’s Oculus Rift for next gen consoles will be 4000p. If you don’t know what 4000p is, then just imagine real life and there you have it, you have successfully seen 4000p. In all seriousness the Oculus Rift is going to be a revolutionary device that I think will change gaming forever, however there are it’s downsides.

Now, I know you people with glasses are probably still stressing out, thinking you won’t be able use the Oculus comfortably or properly and miss out on the experience. But don’t fret, the consumer Oculus Rift will have and adjustable lens, like the ones you see in binoculars. It will be custom for you so you won’t even need to wear your glasses, You won’t be missing out on anything.

Should I get the Oculus Rift Dev Kit?

Since it’s a development kit, I can’t fairly evaluate the Oculus Rift as a product or give it a score. I can, however, tentatively recommend it to gadget fanatics who want to try out virtual reality. It’s $300, which is dirt-cheap for a future-tech developer’s kit, and there are enough tech demos to offer you and your friends a fascinating, immersive experience.

For a developer’s kit, the Oculus Rift is surprisingly easy to get working with little to no programming knowledge whatsoever. It’s nearly plug-and-play, and if you can follow simple instructions you can get it running with Team Fortress 2 and a few other games, and play with plenty of tech demos. I was surprised to see how simple the installation process was after ‘borrowing’ a friend’s Oculus, and I wouldn’t be surprised to find the setup for any consumer Oculus Rift to be similar to this one’s process.

Oculus VR is staying on the down-low on the prospect of a consumer Oculus Rift, and while dozens of developers are promising future native Oculus Rift support for previously released games we’ve heard very little on the progress for that support on basically every game besides Team Fortress 2. More importantly, it’s clear that even with native graphical and tracking support, games need redesigned user interface that better work with the Oculus Rift, based on the drastically different field of vision the Rift offers.

Oculus VR is trying to catch up to its long list of of orders for the developer’s kit, and consumer adoption is a long way off, but if you’re a tinkerer or extreme early adopter, the Oculus Rift could be a great project for you. For the price, it could be one of the most frustrating and rewarding tech toys you’ll pick up this year.

6 comments on “Taking a look through the Oculus Rift”