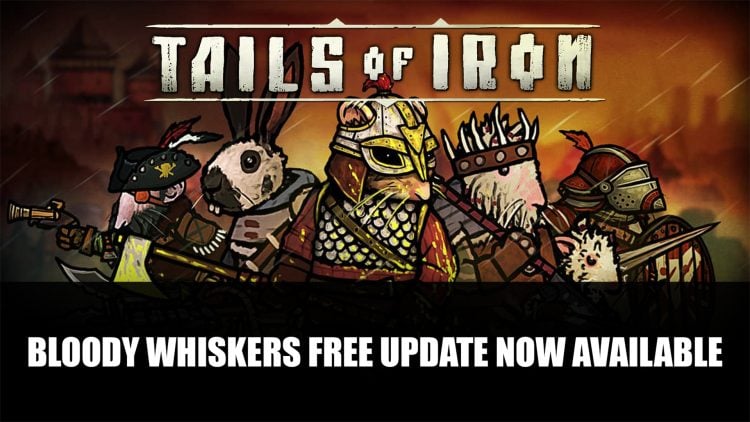 “Bloody Whiskers” difficulty mode amps up the challenge, designed for those looking to test their iron wills. There is also “Fairy Tail” mode for those who are looking for a more story-focused difficulty, being “far-less-brutal” and letting players get immersed in the narrative.

In case you missed it Tails of Iron is a hand-drawn RPG that combines brutal combat with a kingdom taken over by the merciless Frog Clan. While the world might seem rather charming, there is a whole host of rat companions to meet ready to aid you in this medieval fantasy title.

You can check out the contents of the update below:

Tails of Iron is available on PS5, Xbox Series, PS4, Xbox One, Switch, and PC via Steam.

For more news find it here in The Elder Scrolls VI Looks To Be An Xbox Exclusive and Dragon Age’s Senior Creative Director Leaves BioWare.