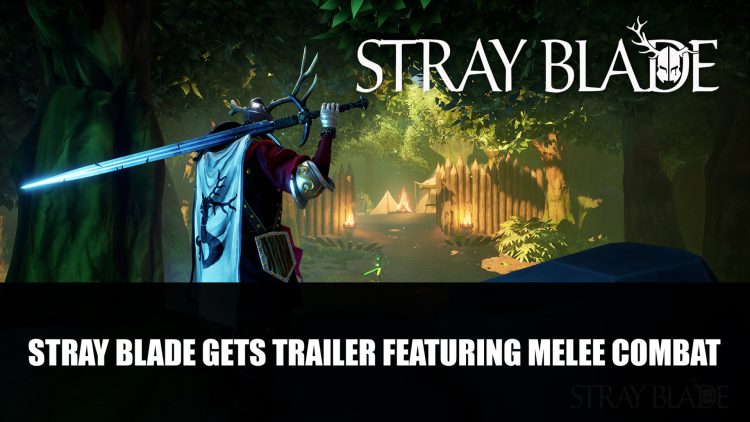 Stray Blade has gotten a brand new trailer focusing on melee combat and various weapons players will be able to use. It goes over the game’s combat mechanics including the “eight-dimensional dodging system” allowing for fluid movement. Players can also use parrying and riposte to deliver some devasting moves. The trailer shares that there are 30 different weapons to choose from. Execute your foes with some epic finisher moves. There also looks to be some sort of final boss arena as the trailer shows “demi-gods” which will probably possess more challenging moves to manoeuvre.

Stray Blade is an Action-RPG where, as a rogue adventurer you will explore the Valley of Acrea with your companion the Xhinnon wolf Boji, unraveling the history of the forgotten valley. Master the powers of the three Acrean Metals to once again restore balance to the war-torn world.

We appreciate our incredible fans & wanted to show our thanks by closing out 2021 with a combat trailer to keep the excitement pumping for the launch in 2022 on PS5, Xbox Series X/S, EPIC Games, and Steam. Wishlist Stray Blade on Steam for game updates. https://t.co/O0rI7g4Z0E pic.twitter.com/DueHrMUMxA

For more news find it here in Undecember The Korean ARPG Gets Trailer And Gameplay Revealed and Reverie Knights Tactics Gets Launch Date Of January 25th 2022. Want to know which games won a Fexy this year? Check out our 2021 Fexy Awards – The Best Games Of 2021.