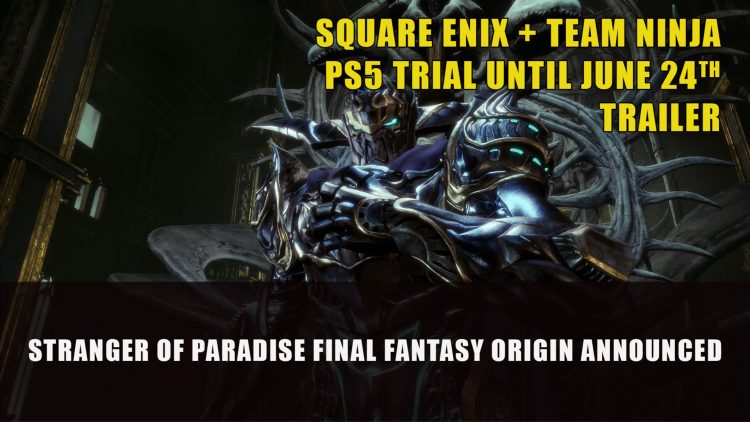 Square Enix announced during their livestream at E3 2021 Stranger of Paradise: Final Fantasy.

Square Enix and Team Ninja unveiled a trailer for the Final Fantasy spinoff title Stranger of Paradise. A rumour this year had been circulating online that the collaboration with the Nioh developer was in the works on an Action-RPG, now it has finally been revealed. Stranger of Paradise Final Fantasy Origin will release on Playstation 5, Playstation 4, Xbox Series X|S, Xbox One and PC in 2022.

Stranger of Paradise: Final Fantasy follows a group of adventurers who are on a mission to “kill Chaos”. Jack, together with his allies Ash and Jed quest to defeat Chaos in order to open the gates to the Chaos Shrine. However not everything is smooth sailing as there are “doubts” as to whether these heroes are the Warrior of the Light, which apparently is important to a prophecy.

From what is shown in the trailer it looks to be action-packed, which follows the previous rumour that it would be focusing on more souls-like approach from Team Ninja’s previous titles such as the Nioh franchise. Square shares that the title promises “exhilarating, action-packed battles” in a “world of dark fantasy”.

Creative Producer Tetsuya Nomura assures fans “While it is Final Fantasy, it feels different – but there’s no doubt that the blood of Final Fantasy runs through its veins”. He also shares that “We’ve undertaken the challenge of finding this difficult middle ground for this mature and stylish title.” 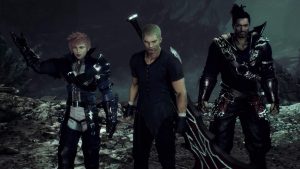 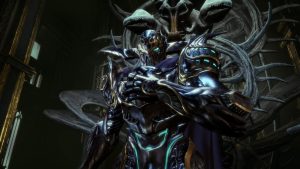 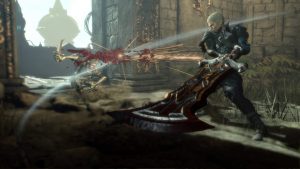 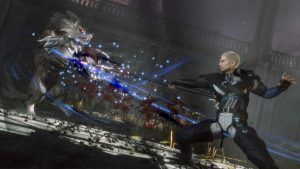 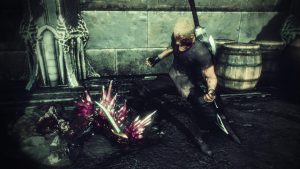 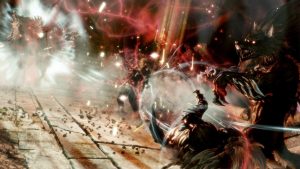 No doubt from the looks of the trailer it is quite a different take to the usual Final Fantasy games of late, looking more hack and slash. Team Ninja and Square Enix have already worked on a title together in the past, that being Dissidia Final Fantasy NT.

We’re working to resolve this issue and will tweet an update as soon as we can, we appreciate your patience.

Tetsuya Nomura and the team are working hard, and if you’ve had a chance to play they would really appreciate your feedback. The Trial Version has been extended another two days until June 26th, and the survey will now be available until July 2nd.

Stranger of Paradise Final Fantasy Origin will release on Playstation 5, Playstation 4, Xbox Series X|S, Xbox One and PC in 2022. If you want to know what we thought of the free trial and first impressions check out our Stranger Of Paradise: Souls-Like Final Fantasy Impressions: Combat, Story, Customization And More.