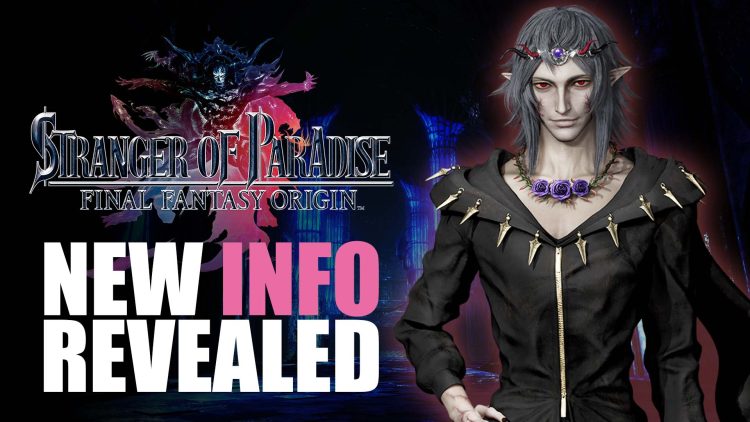 The publisher has been giving the public a consistent drip of tidbits and news ever since October of this year. But this time, they have revealed new characters we can meet, the basic jobs we might use and areas that we shall be able to explore.

If you aren’t familiar with Stranger of Paradise: Final Fantasy Origin, here is the info in a nutshell:

Early this year, it was rumored that Nioh developer Team Ninja was working on a Final Fantasy spinoff. Stranger of Paradise: Final Fantasy Origin was a nice surprise that was unveiled during the Square Enix conference at E3. It was somewhat confusing as many of the characters and locations were coming from Final Fantasy I, including Garland the main antagonist of that game.

If you want to hear more of our initial impressions of the game, you can find our preview here.

The new December update continues the trend to re-introduce themes and other elements from Final Fantasy I that will appear in Stranger of Paradise. In this update, the following were given more details:

Players will be able to customize Jack and his party by assigning them different jobs, or combat roles. As with any RPG, there will be a large number of classes to choose from. 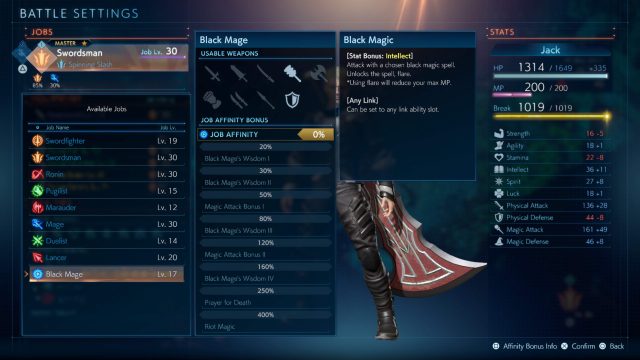 It seems that currently you will need to assign your party members with a job, but Jack himself can change his job on the fly in combat. Here are just some of the jobs that we will be able to use in the game: 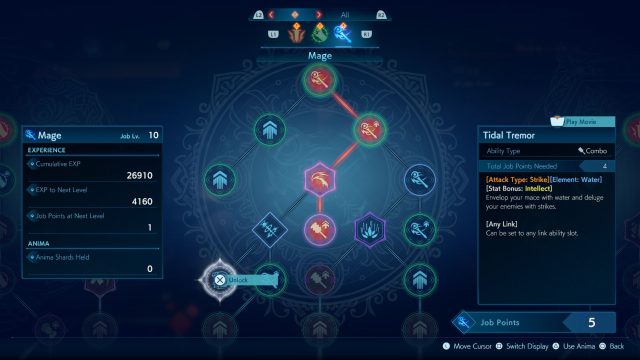 There will be base jobs that can evolve to more specialized ones later on. It is also hinted that there will be even more advanced classes later on. The first set of basic ones discussed are the Swordsman, Mage and Pugilist.

This will be Jack’s starting job and excels in the use of a greatsword. The Swordsman job will allow Jack to be adept at blocking attacks and using spinning slashes. 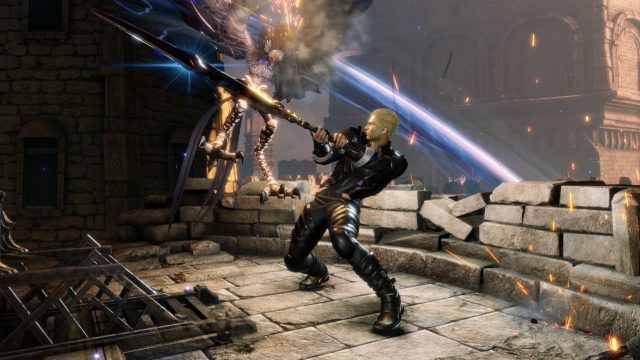 Your typical magic user that has the elements at his disposal. However, the twist here is that this mage wields a mace to go along with your Blizzard, Blizzara, or Blizzaga spells. The Mage job will be able to channel their magic for more potent spell effects. 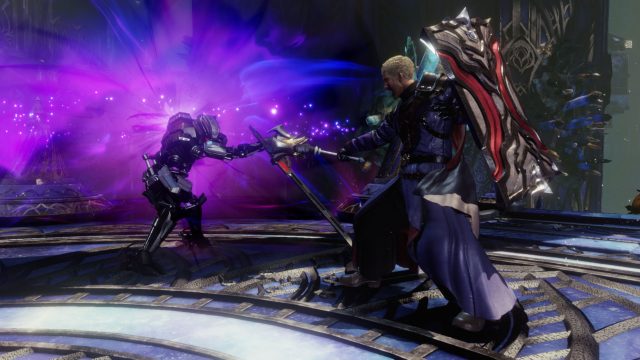 The Pugilist will be the monk-styled character that brandishes claw and knuckle type weapons. This class will excel at chaining combination attacks together to inflict more devastating attacks. 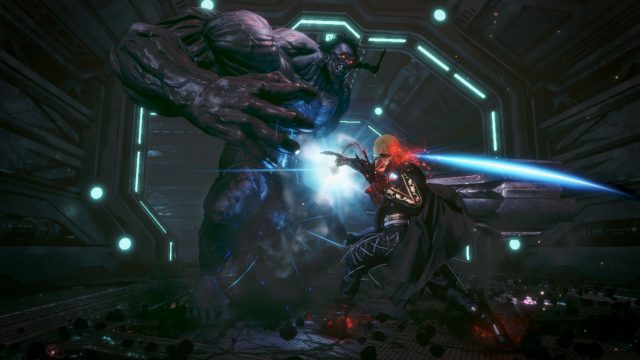 There are a total of three new characters announced in the Stranger of Paradise December update. One friend, one foe, and one we cannot truly be sure about.

First up is Sophia, a fellow warrior who joins our protagonist, Jack, on their quest to defeat Chaos. It appears that Sophia, voiced by Laura Post, will have the same intense drive to vanquish Chaos once and for all. 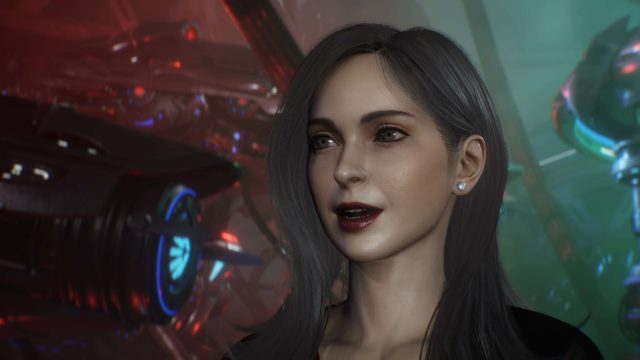 Also similar to our hero, she seems to possess a black crystal. Not much is known about her personality at this time so hopefully, we see more of her soon.

The second reveal is Astos, voiced by Todd Hamberkorn. Astos is the king of the Dark Elves. His motifs are unclear right now, and he has an aura of mystique. It isn’t known right now if Astos is a friend or foe. 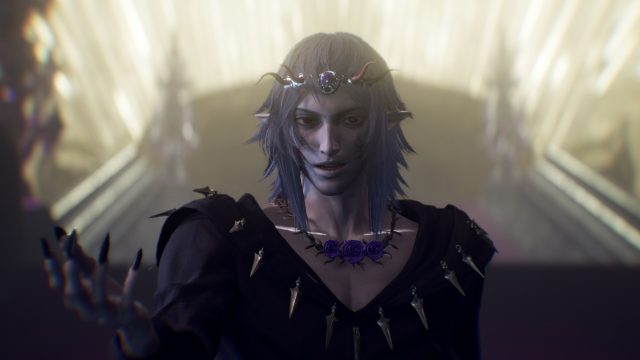 Stranger of Paradise’s Astos, King of the Dark Elves

Finally, the monstrous Tiamat is given a face. It uses the element of wind with its devastating attacks Whirlwind and Tempest. This multi-headed beast has earned the moniker of The Fiend of Wind. And since this foe has the characteristics of a dragon, it can breathe energy out of its maw. Its ultimate attack, Macro Burst, allows it to breathe destruction out of all its mouths. 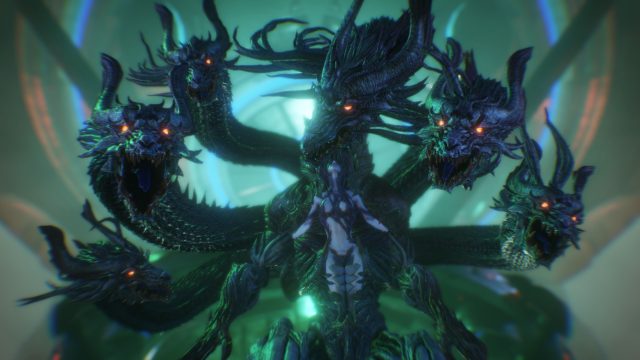 This location is a mysterious crystalline keep. Its peak reaches high above into the sky, way past the tallest trees of the forest. It is magical and full of wonder. 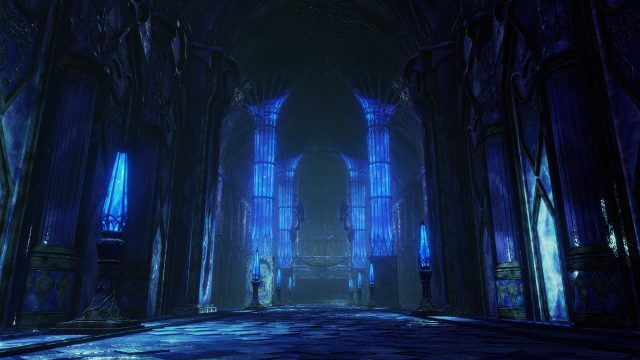 A mechanically advanced fortress that, as the name suggests, soars high through the heavens. It houses the remains of a technologically advanced, but forgotten, civilization. The Wind Crystal is kept within the deepest sanctums. 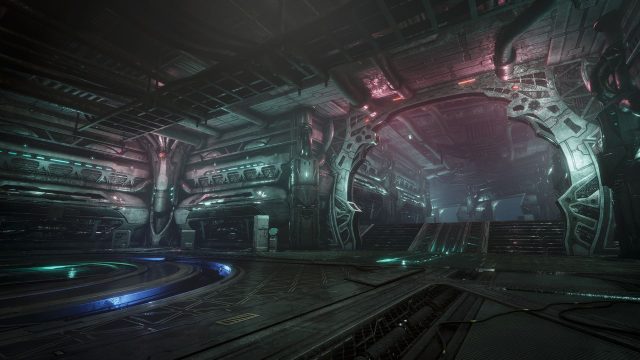 This final location is The Western Keep, the home base of Astos. It is another ancient castle that houses a dark past. It also has weapons all around it, guarding some unknown treasures. 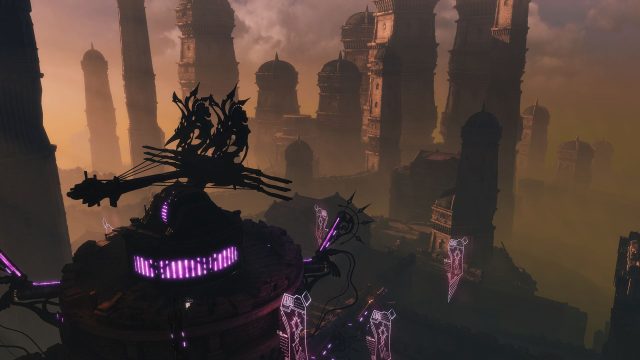 We are also given a small look at a mini-event where Astos, king of the dark elves, discusses a map with Jack and his group. 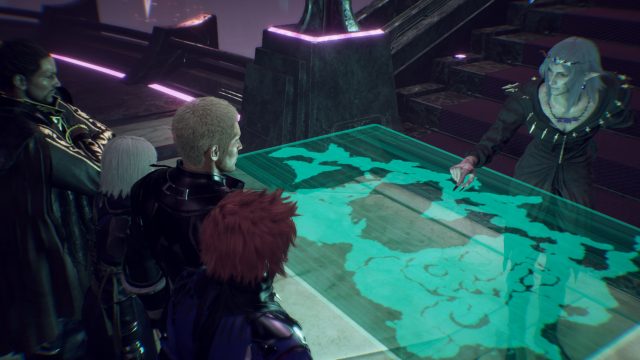 That was definitely a lot of info to digest and go through. Stranger of Paradise: Final Fantasy Origin is shaping up to be what looks like an epic Action-RPG.

As mentioned during our preview impressions, combat is satisfying and we are very excited to see the full release, come March 18, 2022. Hopefully, Square Enix will drop more details in January.

While waiting for more updates, be sure to check out Team Ninja’s previous games, such as Nioh and the Ninja Gaiden Master Collection. If you missed it, Final Fantasy VII Remake Integrade was also announced for PC Release on December 16th.

Stranger of Paradise: Final Fantasy Origin will be available on PlayStation 5, PlayStation 4, Xbox Series X|S, Xbox One and PC via Epic Games Store.