Stranger of Paradise Beginner Guide: 10 Best Tips to Know. In this Stranger of Paradise Beginner Guide: Best Tips All Players Should Know, I’m going to share with you the best tips and tricks in order to make the most out of your playthrough. This guide includes, but is not limited to, the best beginner jobs or classes, effectively leveling them up, and efficiently slaughtering enemies.

Stranger of Paradise: Final Fantasy Origin is an Action RPG developed by Team Ninja and published by Square Enix. You play as Jack whose ultimate goal is to hunt and slay Chaos with the help of the other Warriors of Light, all while getting rid of the darkness that surrounds the Kingdom of Cornelia. The game will be released on March 18, 2022 via PC, PlayStation 4, PlayStation 5, Xbox One, and Xbox Series X|S.

In Stranger of Paradise: Final Fantasy Origin, you’re able to take on two Jobs at the same time. You can freely swap between them regardless of whether or not you’re in Combat. This means that your playstyle completely changes when you switch Battle Sets, which corresponds to the gear set you’re wearing for specific classes. Since there are two jobs to juggle, it’s important to know the ones that are easier to play, especially while you’re still learning the ropes. Let’s start with the best beginner classes in Stranger of Paradise.

Stranger of Paradise features a ton of jobs spread out as Basic, Advanced, and Expert Jobs. But in this section, we’re going to narrow it down to the best Basic Jobs to focus on as a beginner. This includes the Swordsman, Swordfighter, Mage, Lancer, and Marauder Classes. 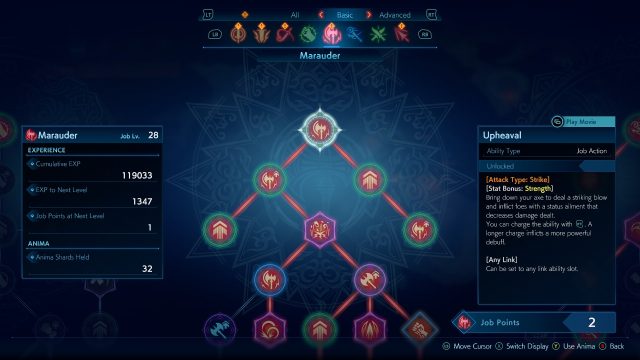 In Stranger of Paradise, there’s a certain Attribute that you can target to instantly destroy an enemy even if they still have a lot of HP left. This is known as the Break Gauge or the yellow bar underneath their HP. Focusing on fully depleting this Break Gauge by maximizing the amount of Break Damage you deal is essential to your level progression, MP management, and survivability. The faster you kill an enemy, the safer you’ll be. 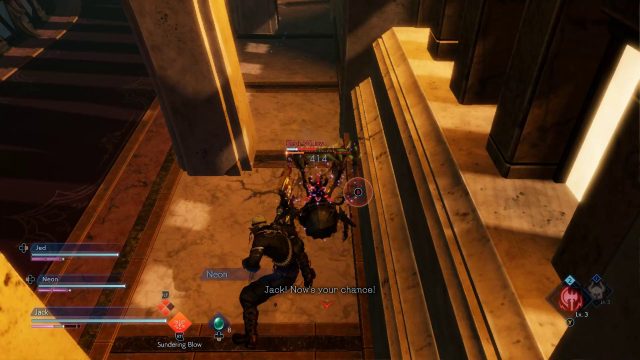 In addition to Break Damage, you have to identify their respective weaknesses by observing the type of damage  which will cause them the most harm. For instance, the Coeurl takes more Slashing Damage so wielding the Katana and attacking it face-to-face is very effective. If you’re facing a Tonberry, you can cast Waterga to significantly damage it from a distance. These are just some examples you can take note of as you test out the different weapons you have. There’s no shortage of these in the game anyway! 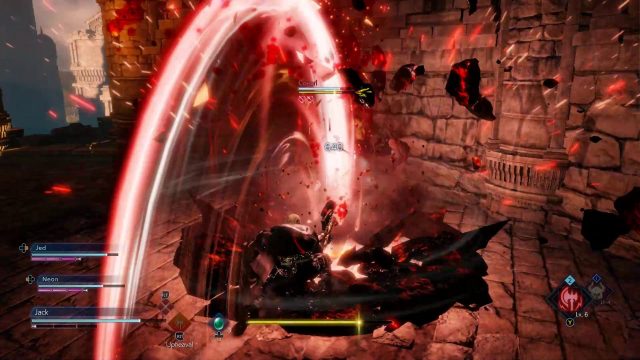 Another technique, regardless of the type of creature you’re up against, is executing critical hits by targeting their backs. This is a sure-fire way to inflict considerable damage since enemies are all highly vulnerable against this type of attack.

The Lightbringer, which is available to every class, is a power Command Ability. When you hit enemies while in this state, you significantly damage them and decrease their max Break Gauge, as a result. Because of this, they don’t recover as effectively as before, weakening them further and enabling you to kill them rather quickly. You also become temporarily invincible against their hits. 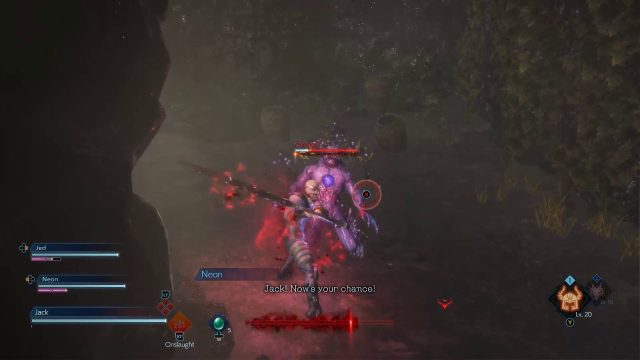 Lightbringer is best used only when you’re surrounded by multiple enemies or when you’re facing a mini-boss in order to maximize your efficiency since it costs at least 2 MP bars to activate.

The Break Gauge isn’t only available to the creatures you encounter since you also have it. If you take a significant amount of damage, your Break Gauge will be fully drained but you won’t get instantly killed by your enemies with a single lethal attack. Instead, you’ll become immobile for several seconds. In this state, you’re extremely vulnerable to incoming damage, especially if your HP is already less than 50%. Additionally, with a depleted Break Gauge, you not only lose all buffs but also, your max MP decreases, thereby restricting you from making use of stronger abilities. 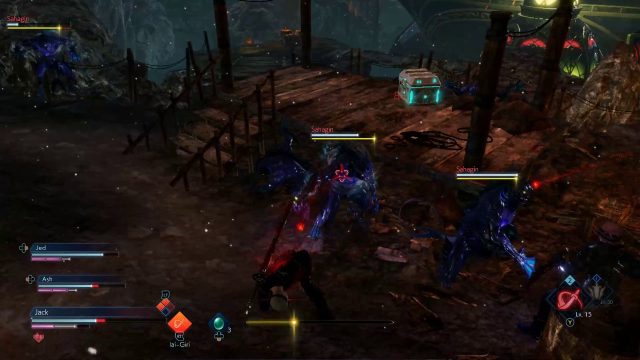 To prevent it from happening, you should remember to immediately switch to your second job by hitting Y via the Xbox Controller if the Break Gauge of the first job is dangerously low, at say 20%. Remember that each of the two jobs has a full Break Gauge so it’s a good idea to swap between them while waiting for the other to regenerate over time.

Stranger of Paradise Beginner Guide – Defend Yourself with the Soul Shield

To protect yourself while staggering enemies in the process, you’re going to have to activate Soul Shield by pressing B. With Soul Shield, you’re able to steal the most recent skill enemies have used against you, particularly any Purple Ability depicted above their heads. This will then become your Instant Ability. You can either keep it for later or immediately use it against them. 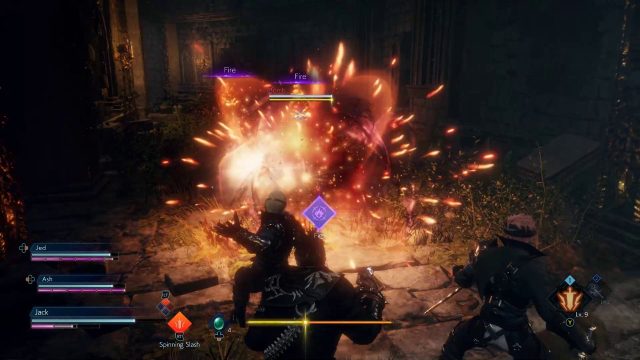 I specifically mentioned Purple Abilities since both mobs and bosses also make use of Red Abilities, which you won’t be able to acquire nor guard yourself from. When you’re about to be hit by these, make sure to evade towards another direction because they have the potential to break or even kill you. However, note that the Soul Shield isn’t full-proof either so remember to be cautious because remaining in this stance for too long will greatly diminish your Break Gauge.

Stranger of Paradise Beginner Guide – Be Cautious of Magic Attacks

Regardless of whether or not you’re wearing a decent amount of Armor, blocking hits effectively, or using the Soul Shield, some magic attacks will still damage you, especially if they’re persistent. One example is the Tonberry’s Everyone’s Grudge Ability. If you constantly get hit by the same type of magic attack, even if you weren’t initially vulnerable to it, you, unfortunately, take greater damage per attack. Additionally, the chance that you receive its corresponding status effect increases as well. 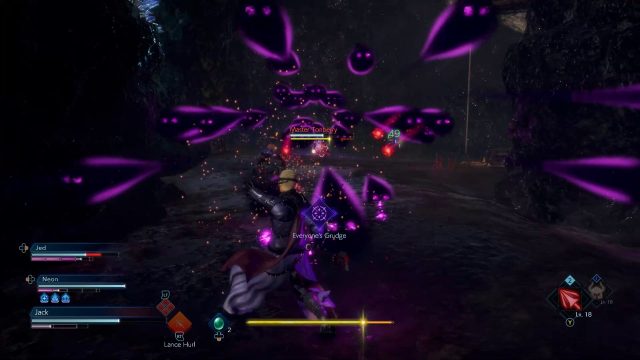 When you’re about to face creatures who are adept at casting spells, use Soul Shield and then immediately roll towards an area to take cover. This way, you not only gain an Instant Ability but you also mitigate the damage you receive.

Stranger of Paradise Beginner Guide – Learn to Manage Your MP

Rather than managing your stamina as in Nioh, Stranger of Paradise lets you take care of the amount of MP you consume using your job, Combo, and Command Abilities. These are usually unique and powerful action abilities that are distinct to specific classes. Since they consume at least 1 bar of MP, and you typically start with 2 maxed bars per mission, you have to learn how to manage them well.

To restore and increase your max MP, you have to frequently execute Soul Burst against broken enemies. In some cases, when you’re too focused on combat, you might accidentally eliminate them by bashing them with multiple abilities. Be sure to stop yourself the moment you see your targets incapacitated, otherwise, you won’t receive as much MP if you simply slay them without activating your finisher. 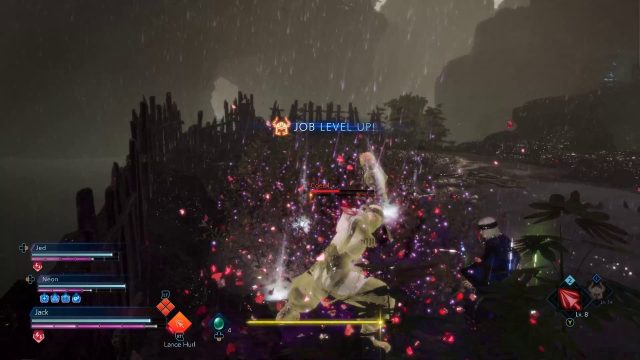 Another way to gain a significant amount of MP is to block incoming attacks with Soul Shield. Specifically, try to focus on ranged attacks such as Fire Spells, which are easier to block and counter compared to melee ones. The more powerful the enemy’s skill is, the more MP you get back.

This may be a minor action but destroying boxes and fragile objects you come across along the way while you’re exploring different Locations helps to boost your MP even by just a small bit. It eventually accumulates especially at the end when you’re about to face the mission’s boss, if you don’t die that is…

Every time you kill a monster, open a chest box, and complete main and side missions, you receive chunks of equipment. As you’ll notice, some don’t have job affinities, meaning they only provide stats related to Physical Attack, Physical Defense, Magic Attack, and Magic Defense. Meanwhile, there are other gear that are associated with certain job affinities, which you should be farming for. When affinities for a certain class, say a Warrior, adds up, you gain job affinity bonuses, which further enhance your overall Build. Using the same example, if your Warrior reaches more than 160%, Jack will receive +75 HP, +6 Strength, and +4 Stamina thanks to Warrior’s Wisdom IV. 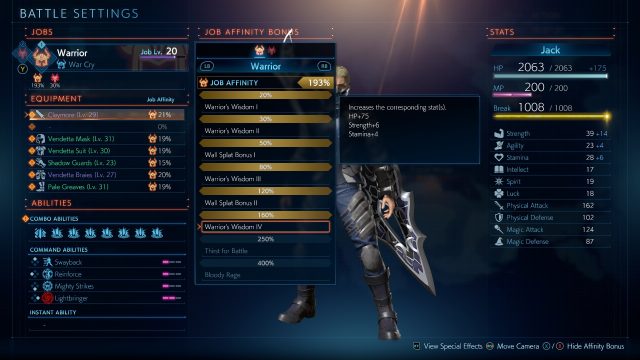 This improvement will be much better for you in the long run compared to equipping gear just because its corresponding level is higher. You should also invest in passives that grant extra job affinity percentages as they will help you to achieve every milestone possible in your chosen class.

Now if there’s another job, which you’d like to level up in addition to the two that you cycle between, you can opt to wear equipment corresponding to its affinity. Although it won’t progress as fast as the other two jobs, you’ll still be able to level it up gradually. This becomes advantageous since you need to significantly progress in multiple Advanced Jobs before gaining access to Expert Jobs.

Before entering missions, it’s a good practice to visit the Smithy beforehand, which you can access from Cornelia via the World Map. The Smithy allows you to dismantle unnecessary Items and in doing so, provide you with materials. These materials can then be used to upgrade the equipment you like to often wear. When you upgrade them, you’re able to permanently enhance their effects such as Strength, Slash Damage, and HP. 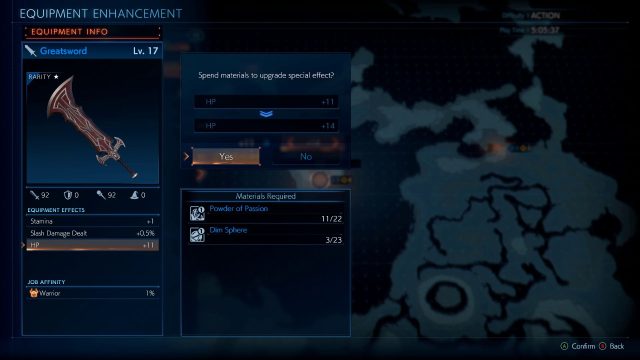 By default, Jack can hold up to 500 pieces of gear including that of his companions’. When you’re doing missions, you have the option to dismantle equipment upon reaching Cubes or rest points but you won’t be able to acquire materials you would otherwise obtain from the Smithy.

How to Quickly Level Up A Job

Leveling up a job can take some time especially when you’re nearing the max level, which is 30. Although this is not a hard requirement in the game, it’s still good to know the activities you can do at the beginning to farm for as many job points as possible when you transition from Basic and Advanced Jobs to Expert Jobs. Aside from completing main missions, you’ll want to keep farming side missions as well. You can gain access to this type of quest as you progress in the story and upon interacting with purple orbs, otherwise known as Memory Mementos from fallen Strangers who have attempted to search for the coveted light crystals in the past. 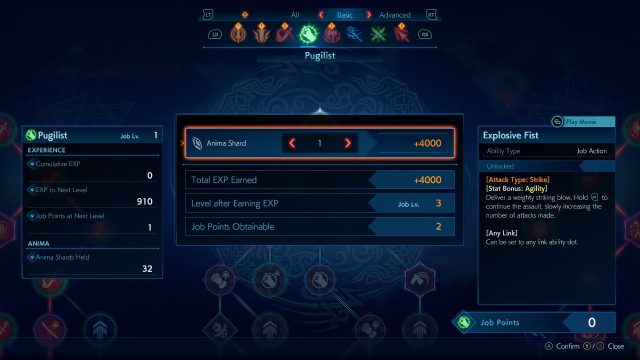 Completing side missions and playing online with others will grant you a high number of Anima Shards. Per shard, you’ll be able to gain 4,000 XP without manually leveling up the job you intend to progress in. Additionally, you can also search for spots near Cubes, which are filled with creatures since they randomly drop shards. Every time you activate a Cube, all of the enemies respawn so the idea is to go and kill them and then interact with this rest point. Rinse and repeat.