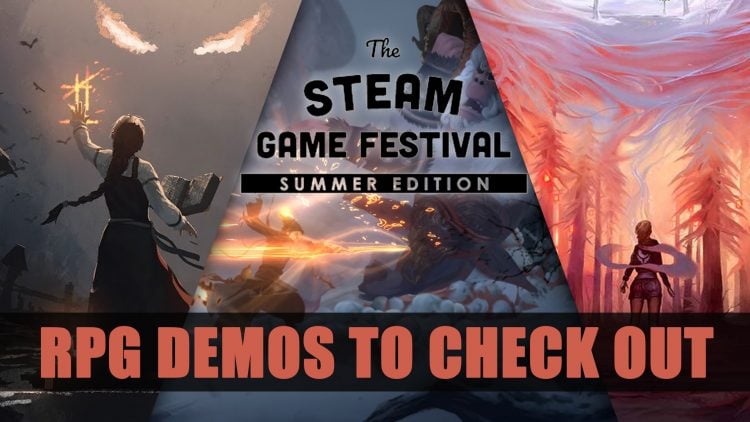 Steam has brought back their Game Festival now with the Summer edition which has a ton of games to demo, livestreams and AMAs with developers.

The Steam Game Festival: Summer Edition is the third version of the event, its purpose is to showcase a number of indie games. The Summer Edition is fairly similar to previous iterations but this one has a whopping 900 games to demo.

Demos are time-limited so if you want to check them out, you will need to catch them before June 22nd which will be the end of the Summer Festival. While you probably won’t get through all 900, there are some really interesting titles amongst them including some RPGs that are worth checking out. If you’re struggling with the mass of choice here are some games to get you started.

The Action-RPG Eastern Exorcist looks rather promising, set in a fictitious eastern world where demons lay havoc. You play a skills exorcist who will banish these demons from this world once and for all. The artstyle is mix of side-scroller 2D and hard drawn art style, kind of reminds me of Salt and Sanctuary or Vigil: The Longest Night but with a Sekiro spin. The art-style is quite stunning with some really imaginative environments to explore. 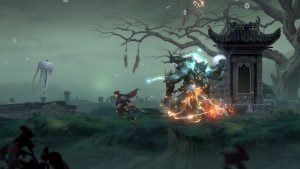 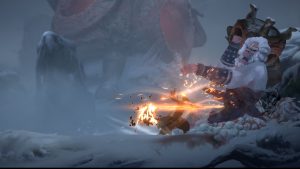 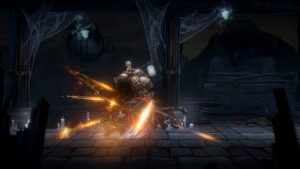 Looking for a tactical turn-based title? Shores Unknown is also up for grabs as a time-limited demo. This narrative-driven adventure follows a team of mercenaries who will wage war, forges alliances and adventure past the fog known as the Murk, which can only mean trouble. The title features an adaptive character advancement system, deep party customisation options and a vibrant world to explore. The visuals are in a sort of smoothed, blocky artstyle but it gives a charming feel to the game. 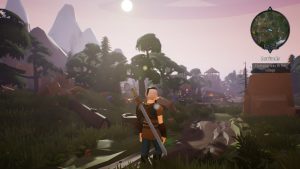 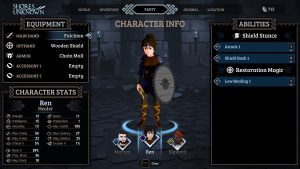 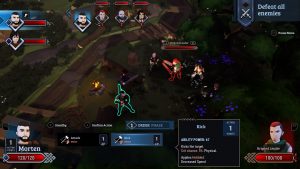 For a dark adventure be sure to check out Black Book, based on Slavic myths. Play as a young sorceress who is off to fight evil forces in a card-based battler. In this world both humans and mythological creatures co-exist. But this tale is far from happy, the main character Vailisa is after the Black Book, a demonic artifact that is said to contain some powerful seals that can even bring the dead back. After losing her betrothed who dies in mysterious circumstances she’s on a mission to retrieve all seven seals. The title has a historic adventure full of riddles and side-quests, you can command demons to do your bidding, but keep them busy as they will torture you if they stay idle for too long. There are also plenty of myths and legends to discover which gets collected in an in-game encyclopedia. Get to experience the prologue by picking up the demo. 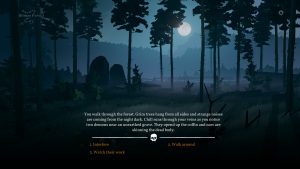 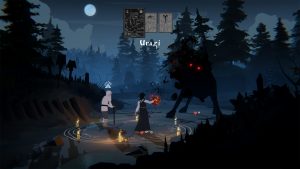 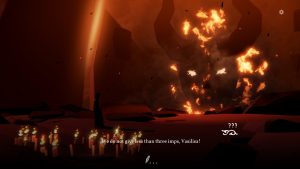 A game that is about love and freedom, Haven is also available to check out as a demo. A romantic RPG which is developed by the studio who made Furi. The title can be played solo or co-op with someone special. The narrative follows a pair of lovers who have escaped to a lost planet. They have one goal, “The only thing that matters to them is to stay together”. The title uses real time and tactical sense combat, and a second player can join in at any time with the drop in, drop out co-op feature. The game is about fighting the odds and surviving together on an alien planet. It looks pretty different from most titles and has quite the romantic themed storyline. 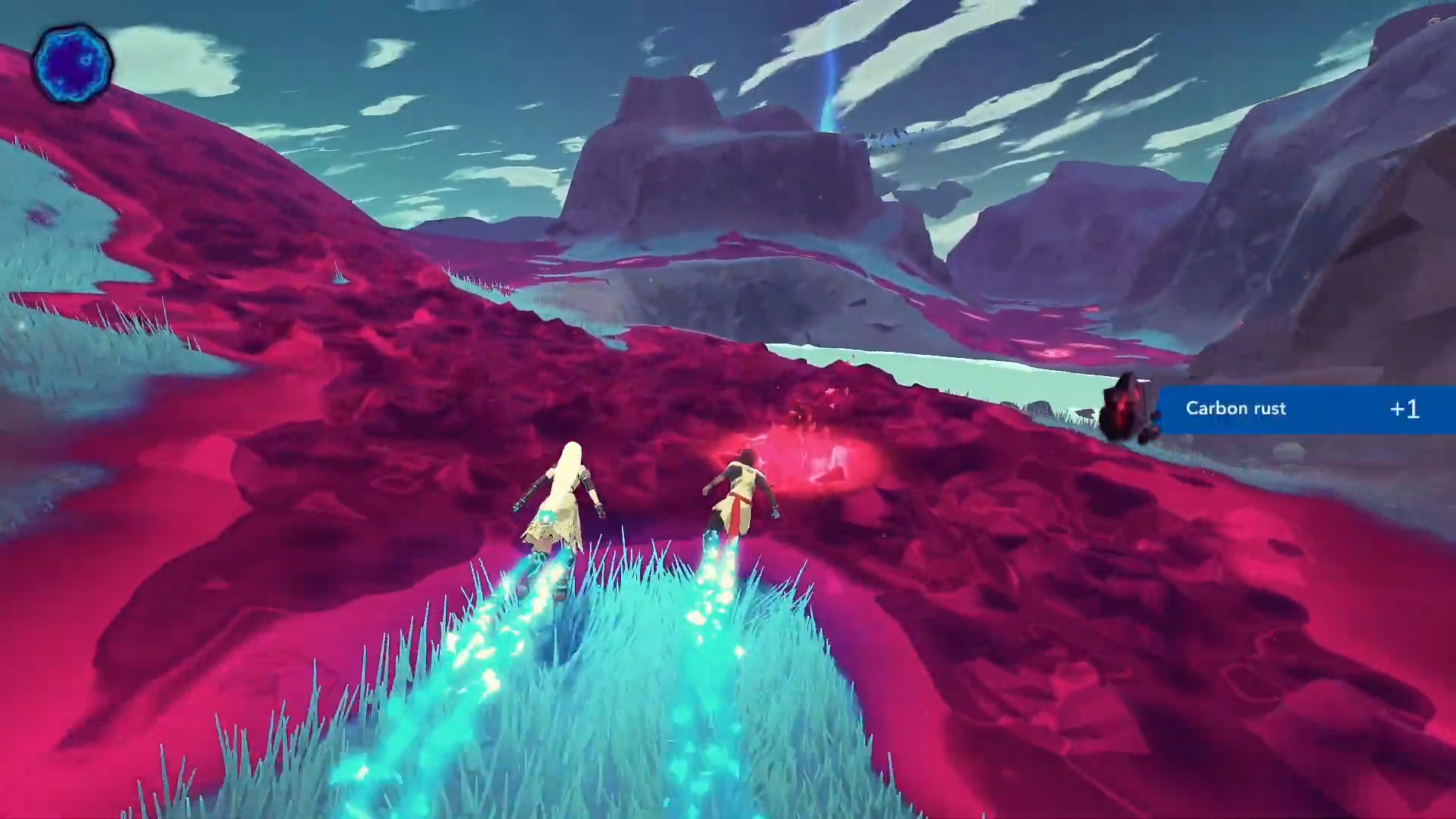 Solasta: Crown of the Magister

If you’re looking for something more turn-based tactical RPG related, why not give Solasta: Crown of the Magister a go. It’s based on the SRD 5.1 Ruleset, taking players through not just flat battle fields but also giving the option for vertical placement as well. In Solasta you will choose a hero each with their own unique skills and expressions. Players have full control on creating their hero with race, class, personality and rollings for stats just as you would in an pen and paper game. Create your own party using the Character Creation Tool and begin your adventure through a dynamic world with interactive surroundings. 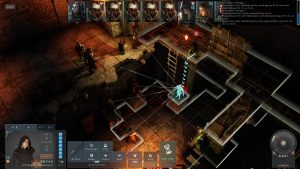 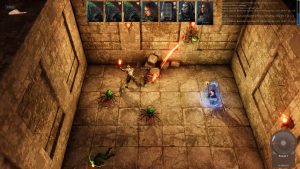 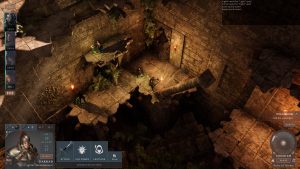 If detective sleuthing is more your game you can check out Backbone, where you play as a raccoon in a noir RPG. Set in a dystopian Vancouver where citizens are also in animal-anthropomorphic form, you will interrogate a mix of characters to get to the bottom of this mystery. The title takes a new spin on the point and click adventure, instead featuring stealth, exploration and an expansive dialogue tree which draws its inspiration from classic CRPGs. Art-style is 2.5D, with 3D visual effects all backed by a jazzy soundtrack reminiscent of bebop. 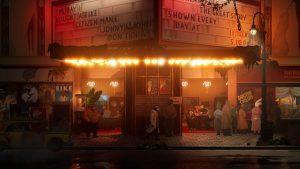 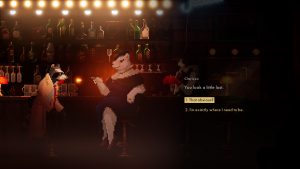 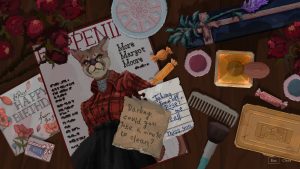 Get your hands on a roguelite inspired ARPG called Dreamscaper which will be releasing in Early Access this summer. As the title suggests, the game mixes a dream like existence with some pretty nightmarish visions. The hack’n’slash combat takes place while lucid dreaming, all in the subconscious of a woman. It’s time to DREAM. DIE. WAKE. REPEAT while fighting some terrifying bosses. These bosses though might sound a little familiar as they embody Fear, Negativity, Loss and more. If you’re down for kicking depression butt, grab this demo while you can. 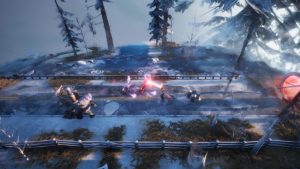 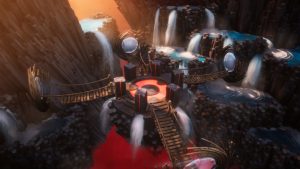 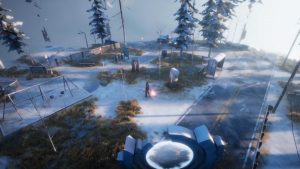 These are by no means all the demos available on the Steam Game Festival Summer Edition, as there are hundreds more to check out before June 22nd. These RPGs looking fairly eye catching and offer some interesting narratives and worlds to explore.

I think it’s awesome that Steam is spotlighting indie games and that developers are taking part to allow players to preview those games through demos. While it would probably be nearly impossible to check them all out before the festival is over, you can make your way through a good chunk and hopefully this list gives you a good start. Got some demos to recommend? Let us know in the comments below and share the indie RPG goodness.

For more news be sure to read next Little Town Hero Coming To PC On June 30th and Remnant: From The Ashes Final Expansion Subject 2923 Announced.