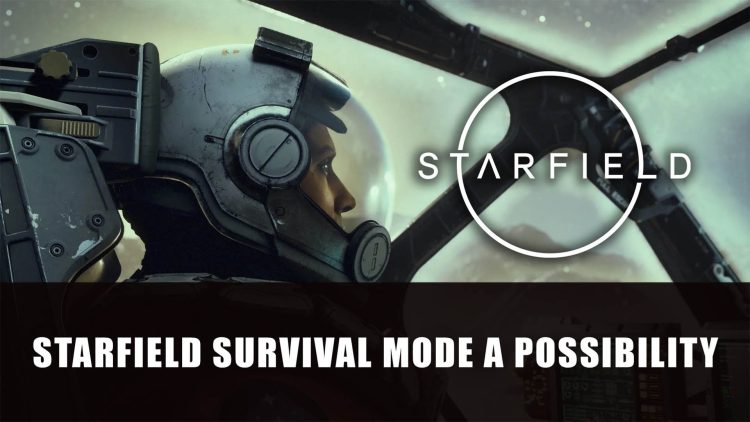 Starfield may be getting a survival mode according to a recent interview with Todd Howard.

Starfield will be released next year, but details are slowly trickling out about what to expect. The game original was set to release in November 2022, but got delayed. A recent interview with the director and executive producer Todd Howard sheds light on the upcoming Action-RPG, and even mentions a possible survival mode.

The sci-fi game has some real-life influence, even coining the term “NASA-punk” as its inspiration. Todd Howard was interviewed by Lex Fridman which covered a number of topics from the game’s aesthetic to introducing more survival elements with a possible mode of its own. However, this hardcore mode may not come until later. For now, the challenges players will face will be focused on monitoring their spacesuits and avoiding space or planet hazards. It looks li ke it won’t be to the extent of survival games in space such as No Man’s Sky.

“[Running out of fuel in a spaceship] just stops your game, we found. You’ll be playing the game and ‘I ran out of fuel, okay I guess I’ll just wander these planets trying to mine for fuel so I can get back to what I was doing. It’s just, you know, it’s a fun killer.”

As for the planets, there is a balance between “the handcrafted content [and] open procedural planet experience”. These locations will be highly “realistic-looking” with the added challenge of wrapping a whole planet around tilesets when it comes to design.

Another topic covered in the 3-hour interview talked about the “tone” of the game, which will be an immersive science fiction feel.

Hopefully, Bethesda will strike up a good balance between the survival elements, and management of the game. Too many systems to monitor could bog the player down in tedious management. But from this interview, it looks like the aim is to make the general experience engaging without sucking out the “fun” out exploring the galaxy. 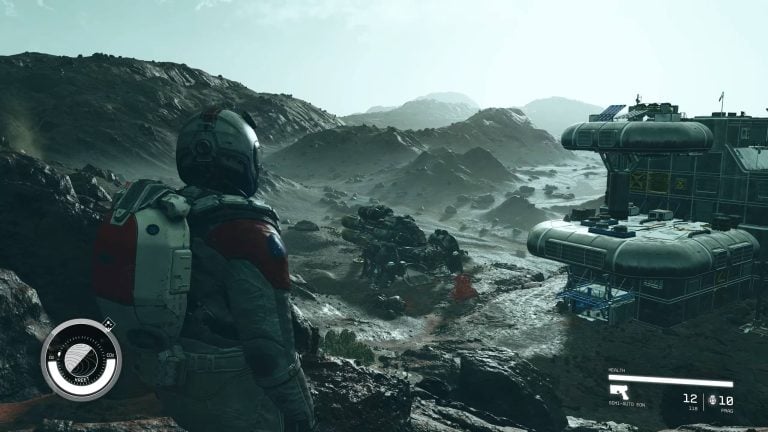 Survival out in space is rough, but maybe even more challenging in a hardcore survival mode.

In case you missed it, Starfield has been getting frequent updates with behind-the-scenes of the game as well as a peek into gameplay. It’s described as a “hard sci-fi” with realistic influences such as meeting your demise to “space cold”. There are also traits that can be chosen when creating your character but won’t be permanent as there is content that can help negate the negative effects.

Starfield will be released in 2023.

For more news find it here in Monster Hunter Rise Confirmed For Playstation 5, Xbox Series X|S, Xbox Game Pass & More. Check out our latest guides in Warhammer 40K: Darktide Class Guide – What Is The Best Class For You? and Midnight Suns Doctor Strange Build Guide: How To Use Doctor Strange.