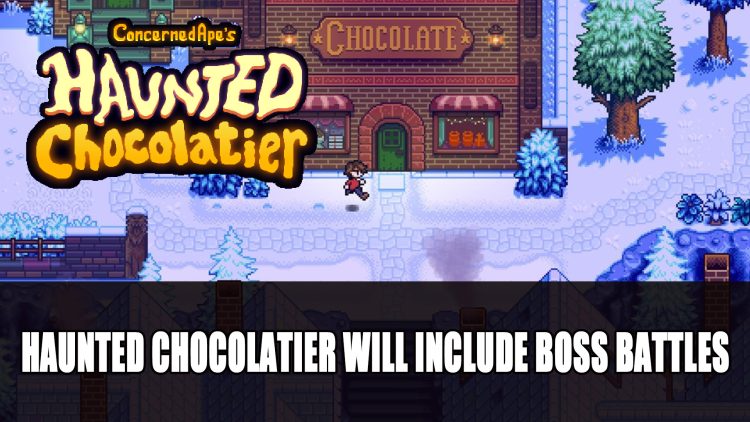 Developer Eric Barone aka ConcernedApe behind Stardew Valley has been sharing a few details about the upcoming project Haunted Chocolatier. While the game does seem to hold some similarities between the two, Haunted Chocolatier will have more of a focus on combat. 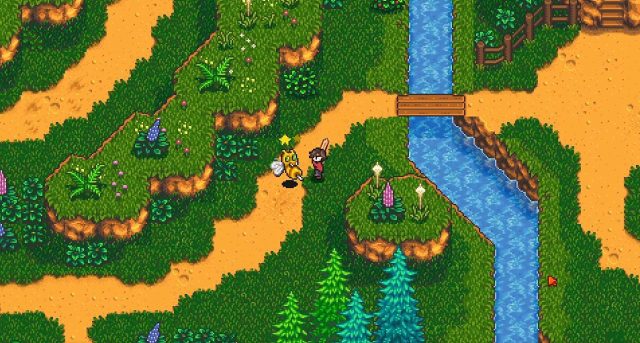 While Stardew Valley did have combat, venturing into mines in a sort of dungeon crawler exploration, Barone shared in a recent interview with PC Gamer, that Haunted Chocolatier will have boss battles and will also have a “darker” feel especially when it comes to the soundtrack. This might be an obvious departure, especially in the name as it includes “haunted” in the title, and previously early gameplay showed spooky looking woods. Of course it will keep that pixel art charm, and the ghosts look pretty friendly. 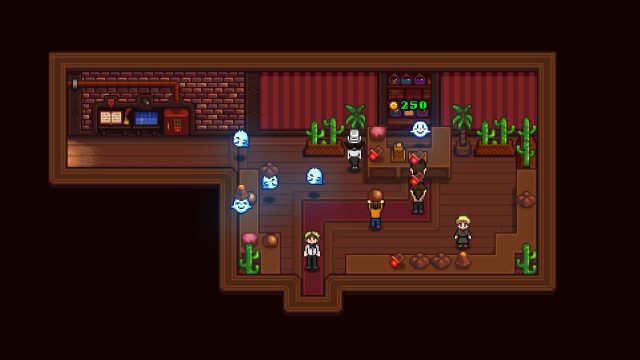 Barone also previously shared in a blog post that the game will feature combat more. A few combat details were shared including block/stun mechanics, with a fresh approach to how you will battle enemies in the game. More choices when it comes to off-hand items, with a variety of ways to approach combat.

Instead of living on a farm, players will be living in a haunted castle where they will take on the role of a chocolatier, gathering rare ingredients to make delicious treats. But of course, there is more to the game than being just a connoisseur of chocolate, as the game sets to be more of an Action-RPG.

If It Ain’t Broke…

One thing fans can look forward to is the familiar feel of Stardew Valley as the developer shared in the interview that they plan to continue to use elements that worked previously in Stardew, in Chocolatier as well:

I can’t help but think about Stardew Valley when I’m making this game. It’ll manifest in ways like ‘Oh, I can’t do this. It’s too much like Stardew Valley.’ But then a lot of the things in Stardew Valley are the way they are because it just makes sense. It would be foolish to do it any other way.

Barone also isn’t worried about people calling Haunted Chocolatier “cut and paste” as it will follow his unique vision in terms of gameplay. He expressed “This is just what I do” and that you shouldn’t expect him to suddenly develop a “sports game or a racing game” as it simply isn’t the kind of game he’s interested in making.

The Success of Stardew Valley

Barone’s previous title was a smash hit, an indie title that combined a cosy life sim with the exploration of caverns. While the farm life is laidback with growing crops and reaping the rewards, heading deeper and deeper into the mines upped the challenge. Each level you explore gets more difficult with further monsters to battle, racing against the clock before you pass out at 2 AM, with the danger of losing your weapons.

The balance of life skills with hack ‘n’ slash combat, spoke to life sim enthusiasts and players of roguelites in this unique formula that even got an online multiplayer mode added. Not to mention everyone seemed to have their favourites as well as not so beloved NPCs, as they tried to romance the town. 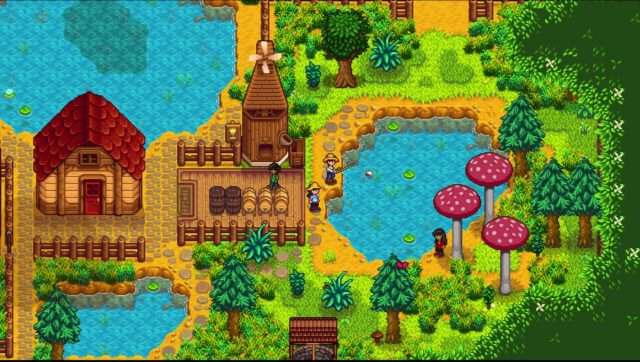 It looks like we’ll get some of these same features in Haunted Chocolatier, adding what people loved about Stardew Valley, however with a focus more on combat, it means further challenges in this upcoming title with a brand new setting. I’m looking forward to seeing how boss fights will play out, whether it will be something similar to the likes of Moonlighter or more roguelite elements as with Children of Morta. The title also received a slew of mods which means there are plenty of options that could be implemented in the next title.

In case you missed it, check out the early gameplay in the video below:

What are you hoping will be coming to Haunted Chocolatier? What do you hope will be added? Let us know in the comments below.

Haunted Chocolatier currently has no release date and is in development. Stardew Valley is available on PC, PS4, Xbox One, Switch, iOS and Android.

For more news find it here in Brandon Sanderson And Bandai Namco May Collaborate In Future Projects. Want more life sim with Action-RPG elements? Check out next My Time At Sandrock A Sequel To My Time At Portia Starts Early Access May 26th.