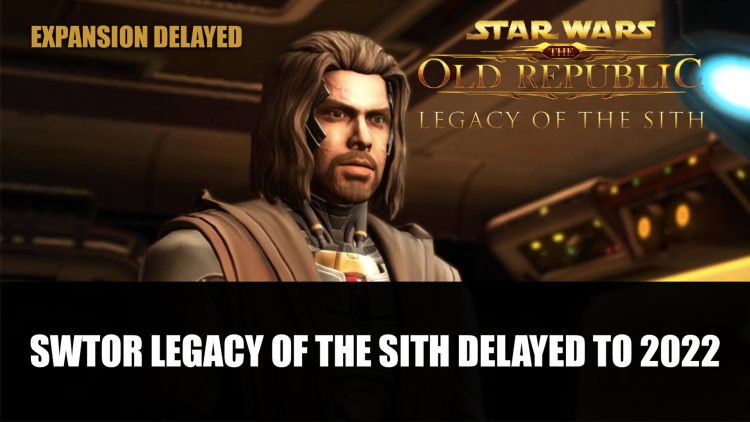 The next chapter for the MMORPG Star Wars The Old Republic – The Legacy of the Sith is now delayed to early 2022.

Adding to the list of delays of late, Star Wars The Old Republic – The Legacy of the Sith, the next expansion for the MMORPG has now been delayed to February 15th 2022. In a post by the project director, Keith Kanneg the details of the delay are outlined, expressing that the studio needs “a bit more time” to focus on “additional testing”.

There is also news that the public test server (PTS) will gain the “majority of the expansion and its features” returning to the server this week for players to give feedback. To avoid story spoilers this won’t include the story content.

In case you missed it The Legacy of the Sith expansion comes with new features, locations and abilities. This also includes new combat styles, a return to Manaan and new horror-inspired Operation and Flashpoint events. SWTOR is celebrating its tenth anniversary and the expansion marks the “foundation” of the next 10 years of the game.

Want to know why SWTOR made our list of top MMOs to play? Check out our Best MMOs To Play This December 2021.

Star Wars The Old Republic – The Legacy of the Sith will now launch on PC on February 15th 2022.