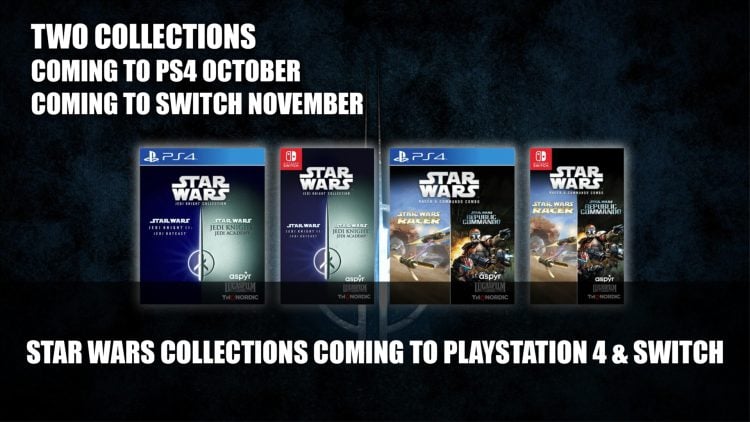 THQ Nordic and Aspyr Media have announced Star Wars Jedi Knight Collection and Star Wars Racer and Commando Combo will release for PlayStation 4 on October 26, and Switch on November 16th. Each collection will be available for North America and Europe for $29.99 / €29.99 / £25.99. 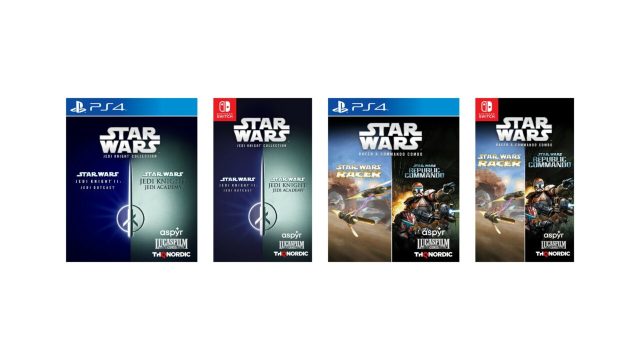 A Jedi outcast struggles with his past, his enemies, and his destiny. Kyle Katarn’s classic adventure lands on Nintendo Switch™ and PlayStation®4! Experience the legendary single-player epic with modernized controls.

Forge your weapon and follow the path of the Jedi. The online multiplayer classic comes to Nintendo Switch and PlayStation 4 with modernized controls. Take on the role of a new student eager to learn the ways of the Force from Jedi Master Luke Skywalker.

In this combo fans will gain both Star Wars: Episode I Racer and Star Wars Republic Commando.

You can check out the official features about the racing game and squad-based title:

The fan-favorite racer is back! Two engines. One champion. No limits. Take control of a podracer speeding through flaming methane lakes, Tusken Raider assaults, anti-gravity tunnels, and much more in a pulse-pounding, do-or-die fight to the finish line.

The squad is your weapon. Boss, Fixer, Scorch, and Sev, better known as Delta Squad, are back on Nintendo Switch and PlayStation 4! Relive the legendary campaign.