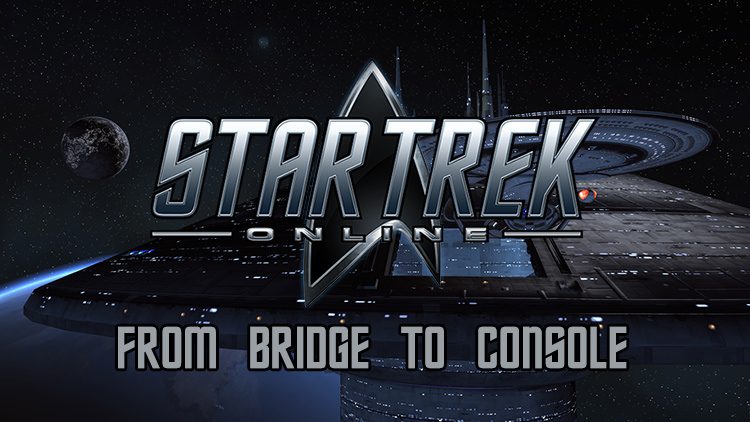 Console gamers are beginning to understand the adage “good things come to those who wait”. When PC only experiences are brought to consoles months or years later, they are increasingly migrating with enhancements and improvements to make the wait a little more worthwhile. Star Trek Online, the popular MMO from developer Cryptic Studios and publisher Perfect World is getting this treatment and console MMO fans are in for a treat. We had a chance to see some of the updates first hand and put together a preview of what’s to come for console trekkies.

Star Trek Online is set in the same universe as the shows and movies, taking place in the early 25th century and finds the Federation and Klingon Empire at war. Romulans, Dominion, Borg and more are all present in the story and fans of the franchise will not be short of their favorite elements. Each player is captain of their own ship and staffs it with their own crew of officers, which they can mix and match by their specialties and can also improve. 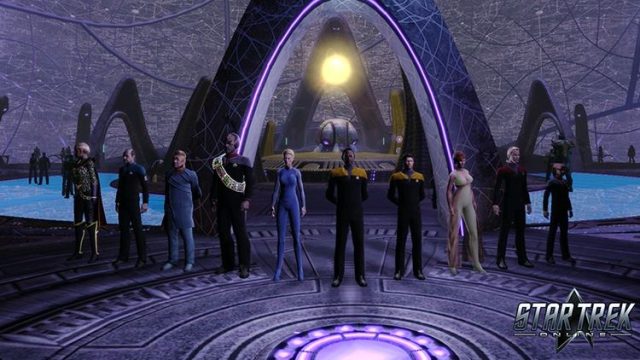 Space combat is complex and gives the players several options when controlling your engineering, tactical and science systems. Battles involve a series of decisions to make based on the enemy ship’s features as well as the condition of your own. It feels similar to what we see in the shows on the bridge, with crews making multiple decisions in the heat of battle rather than just firing away. There are many layers to contend with, and they work well configured for console play. The initial learning curve was challenging, but once we got a hang of the controls, the design of combat made sense. There is a lot to manage and react to, which makes for a gratifying simulation as captain of your own starship. 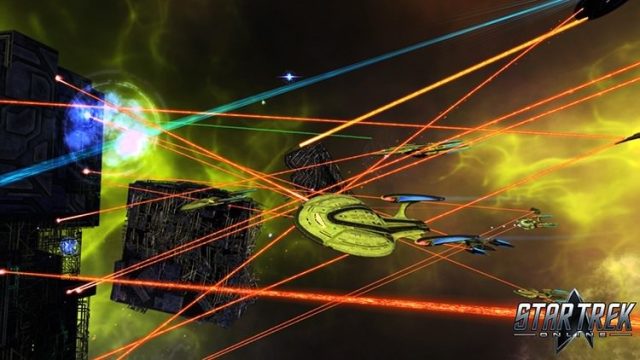 A Star Trek experience is not complete without away missions and in STO you can beam down to planets to complete missions with crew members or with other players. The action planetside is in third person and features smooth shooting mechanics. Players complete objectives, obtain gear, engage in crafting and participate in the economy in a fluid system that MMO fans are familiar with. We found the phaser combat to be fluid and felt much like a third person shooter. The game isn’t heavy handed with the shooting and the quests feature research elements that make them feel like the away missions we’re familiar with in the shows. 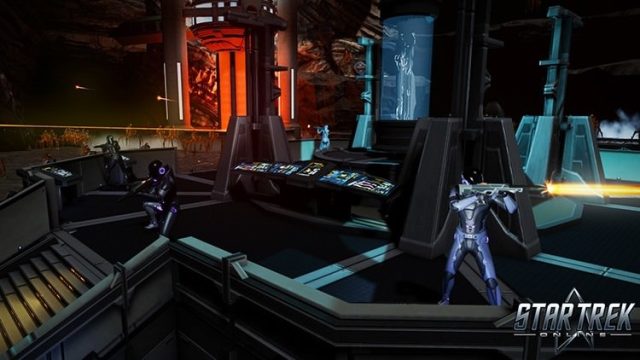 The game has received a notable boost to its graphics engine, which has resulted in crisper visuals and much more nuanced lighting. The new visual flair is a nice addition and really enhanced the setting for the mission we played. The game is 6 years old, but the enhancements have brought it more in line with what current gen players are looking for visually. 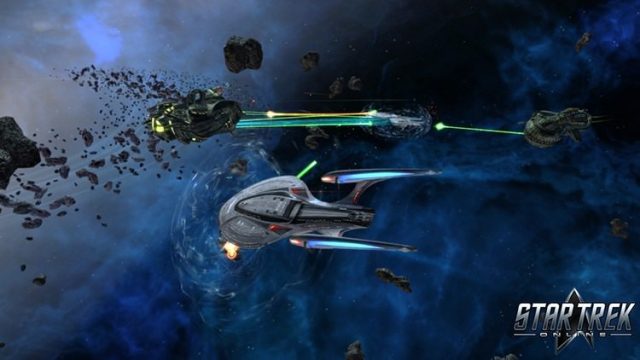 Console players are going to gain access to all 6 years of content from the start, of which there is a lot. There are stories and overarching conflicts that span all the classic races and locations. Furthermore, cast members from past installments lend their voices to their likenesses giving the game an additional layer of authenticity and immersion. There are several subscription models ranging from free to play to lifetime to give players flexibility in how they approach playing.

As Star Trek fans ourselves we left the preview feeling very nostalgic for the days of classic Trek. The game hits the right buttons for evoking the iconic franchise’s feel and we’re looking forward to donning our federation duds when it releases for consoles this fall.