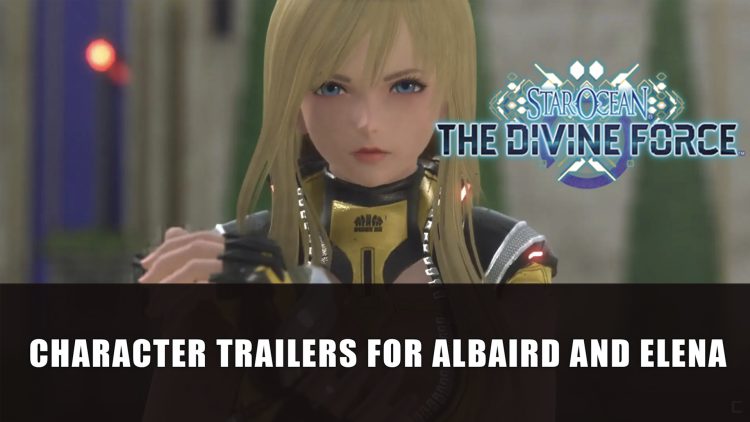 Star Ocean: The Divine Force Gets Character Trailers for Albaird and Elena

Two new trailers have been released for upcoming Star: Ocean: The Divine Force which will be releasing this October. The sci-fi Action-RPG gives an overview of characters Albaird Bergholm and Elena.

Albaird Bergholm is a knight who serves the Kingdom of Aucerius. He has a strong sense of loyalty to Laeticia, staying close to her side. Albaird’s distinct feature according to Square Enix is his left arm which is completely covered right down to his fingers, how mysterious.

Elena on the other hand is a crew member of the merchant vessel, also the first made to Ydas and Raymond. In charge of the operation of the entirety of the ship, gaining the trust of Raymond the ship’s captain and the crew. However often she finds Raymond’s plans reckless, but still holds him in great esteem.

In case you missed it, tri-Ace introduced characters Raymond and the princess knight Lena. Combat in Divine Force is in real-time, allowing for fast-paced action, with the option to slow things down with Stop Mode.

For more news find it here in Souls-Like Metroidvania Biomorph Announced For Switch And PC and Moonscars Is A Horror-Themed Metroidvania By Developer Black Mermaid.