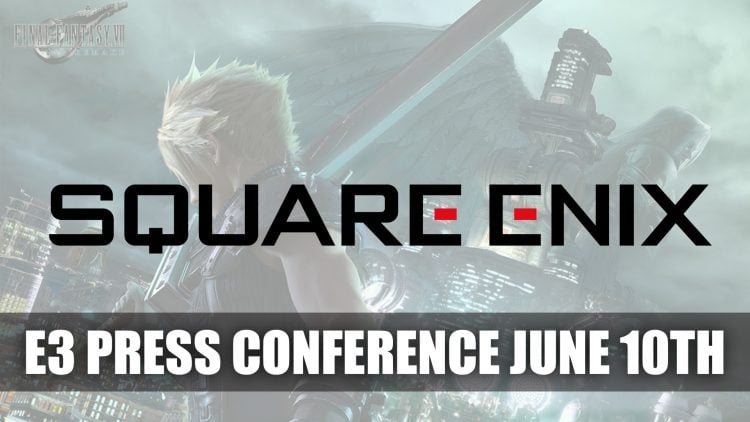 Square Enix have announced they will be holding their E3 press conference on Monday 10th June at 6pm PT.

As for what they will be showing this year, hopefully its more on the Final Fantasy 7 remake which has been a little quiet on the details so far. After Tetsuya Nomura finished up with Kingdom Hearts 3, fans have been hoping to see the progress for FF7.  Previously the director has shared the possibility of making compilation titles. It was also earlier this month that they announced Naoki Hamaguchi as Co-Director for Final Fantasy VII who was previously project lead.

Square Enix have also revealed along with the recent release of the Critical Mode for Kingdom Hearts 3, there will be further DLC content which could be outlined further at E3.

Other titles in the works include the Avengers project which is being developed by Crystal Dynamics and Deus Ex developer Eidos Montreal. Last we heard of the project was in 2017 with a teaser trailer.

There could be more surprises at this year’s E3 but we’ll have to see what they’ll reveal on June 10th at 6pm PT.