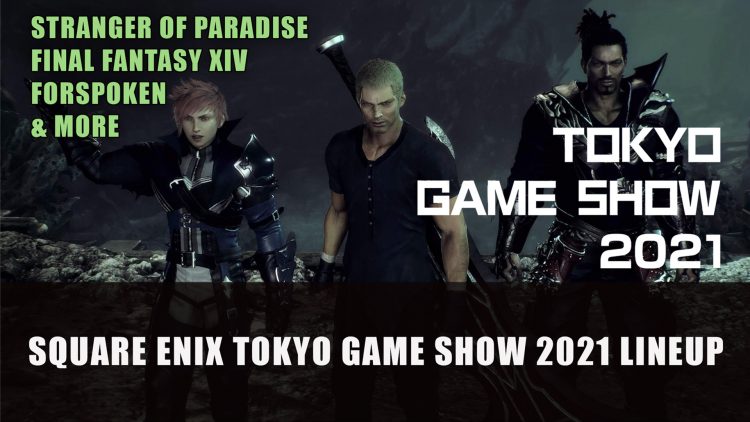 The Square Enix lineup for TGS 2021 has been unveiled over the weekend, with a number of titles being featured this year. This includes Dragon Quest X Online, Final Fantasy VII: The First Soldier the mobile game, Final Fantasy XIV, as well as more of Stranger of Paradise: Final Fantasy Origin.

Last we saw of Stranger of Paradise was the time-limited demo that was released earlier this year. It provided a small taste of what the Action-RPG has to offer in terms of Final Fantasy story but with a more souls-like twist. The game is being developed by Team Ninja, known for the Ninja Gaiden and Nioh franchises. It will be great to see more of what’s to come of this interesting title.

Also announced is “A Stroll with Yoshi-P” which will be focusing on Final Fantasy XIV, presented by Naoki Yoshida (Producer & Director, FINAL FANTASY XIV) and Toshio Murouchi (Global Community Producer, FINAL FANTASY XIV). No doubt we’ll be getting another look at Endwalker which is the next big expansion to release in November for FFXIV.

You can check out the full schedule below:

What are you most looking forward to hearing about at the Tokyo Game Show 2021? Let us know in the comments below.

For a rundown of recent RPG news find it here in Top RPG News Of The Week: September 12th (Knights Of The Old Republic Remake, Tales Of Arise, New World And More!) and Nioh: Complete Edition Is Free On The Epic Games Store.