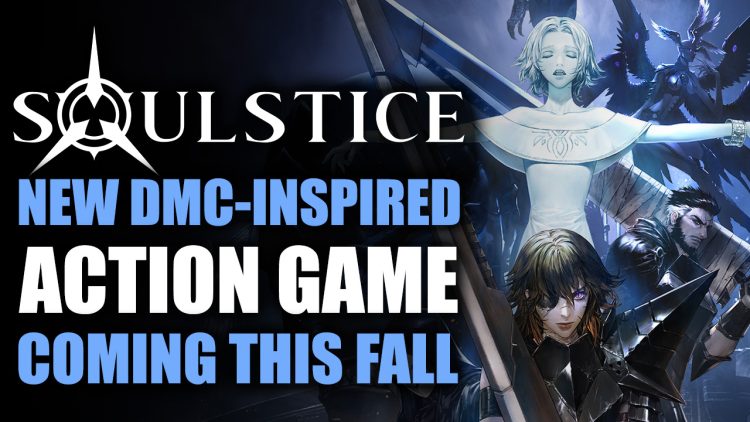 Soulstice is a new hack-and-slash adventure game that definitely takes inspiration from Devil May Cry. It is planned for a Fall 2022 release date.

Soulstice is the Newest DMC-Inspired Action Game, Has a Fall 2022 Release Window

High-action spectacle fighters like Devil May Cry, Metal Gear Rising: Revengeance or the Nier games are few and far between. Fans have little to choose from in terms of good products that have high quality and amazing fights. So whenever a promising title comes around, it’s hard not to get excited about it. 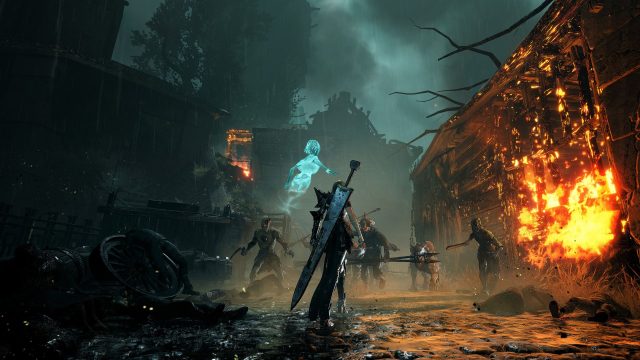 In comes Reply Games Studio’s first project, Soulstice. The Italian developers have paired up with Modus Games to create a game that has loving inspiration from games such as Devil May Cry, and Anime such as Claymore and Berserk. So what’s Soulstice? Let’s find out!

Soulstice has players follow in the footsteps of two powerful sisters, Briar and Lute. The siblings aren’t your ordinary protagonists, as they have already died. Briar and Lute have both been brought back to life through an unholy ritual. Instead of the pair, they came back as one. This creature is known as a Chimera. 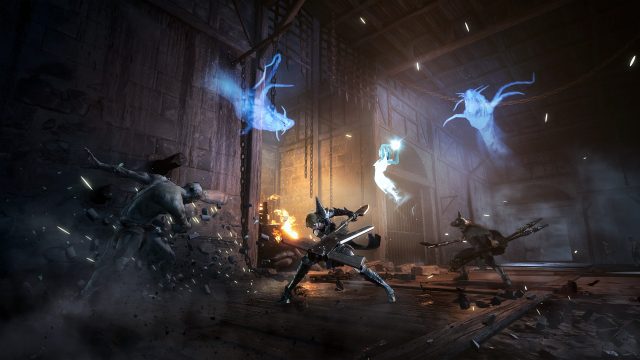 Their transformation has left them changed, to say the least. Briar obtained extraordinary strength, speed, and resilience as a result of the Ritual. On the other hand, it seems like Lute got the short end of the stick, so to speak. Her body was sacrificed and her soul bound to her sister’s, turning her into a ghostly Shade. In exchange, Lute can make use of many mystical powers from beyond the grave.

The Chimera are the world’s only defense against hideous creatures from beyond The Veil. Wraiths and other specters pour forth from the Veil, invading the Holy Kingdom of Keidas. They can even possess other living creatures, bending them to their will.

Combat in Soulstice is quick, visceral, and quite flashy. The game is definitely more DMC than it is a Soulslike game. Instead of more nuanced reactions and slower combat, Soulstice encourages getting up close and personal with the Wraiths and other nasty foes. 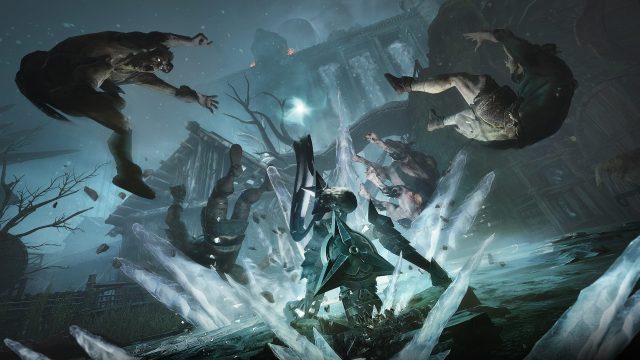 The player will primarily take control of Briar, zipping around the battlefield and dealing massive damage to foes with her heavy melee attacks and combos. She can make use of multiple weapons and can even swap through a few in combat, giving players meaningful choices in ways to slay.

Similar to Devil May Cry, Briar will have access to many different kinds of physical attacks. She will be able to perform aerial juggles, sweeping strikes, mighty charges, and other heavy attacks with her arsenal.

Lute will hang back, but support Briar with her mystical spells. Her abilities are centered on controlling the battlefield and providing covering fire for her sister, much like Atreus in God of War. She will automatically perform ranged attacks on the enemy in specific proximity, which will help keep your combo meter high and running.

Of course, Briar and Lute work well together. Briar brings the pain while Lute disrupts the enemy. Lute is the only one who can make use of an Evocation Field that can enable Briar to actually kill the wraiths. Since these apparitions have no corporeal form, Evocation Field forces them into the physical world. 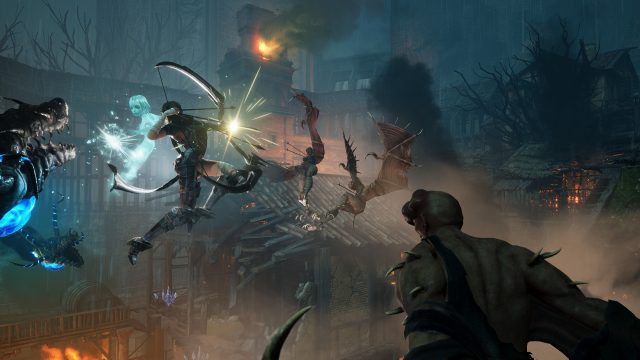 We also have Possessed enemies, whose minds have been taken over by wraiths. These foes are enhanced by their spiritual captors, gaining increased defense and in some cases pure immunity from damage. To combat this, Lute can make use of Banishment Field, disrupting the ghostly link, and removing their protections.

Wraiths aren’t pushovers, however. Stronger Wraiths can take control of massively powerful beasts. Once the physical body is slain, the Wraith can still linger around the battlefield, evading attacks. Given enough time, the Wraith can then re-inhabit its host body, ready for another fight with the two. These kinds of foes must be dealt with swiftly, lest the pair get overwhelmed.

As Briar and Lute do battle together, they accumulate a unique resource called Unity. It is only through Unity that the sisters can become stronger. Higher Unity allows Lute to strike at multiple foes per attack, for example. 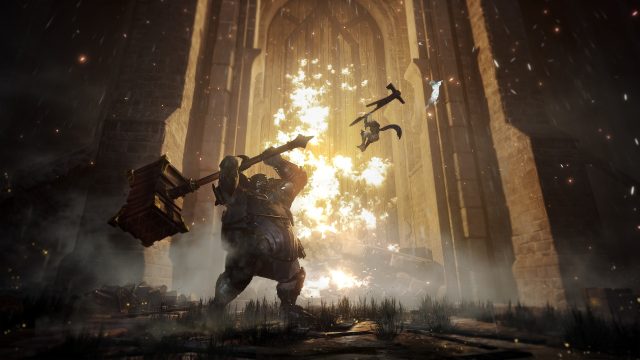 At specific levels of Unity, the sisters can unleash some devastating Synergy Attacks that involve both of them. Each weapon will have a unique Synergy Attack so it will be best to experiment to find your favorite effects.

At high enough Unity, the sisters will finally gain access to the Rapture state. This status is very similar to DMC’s Devil Trigger in the sense that it highly increases the characters’ combat prowess. They gain tremendous buffs to damage and attack speed, and their hits become even flashier.

The Story at Hand

The plot will follow Briar and Lute as they are sent to reclaim a city taken over by the Wraiths. However, they are unaware that their holy order has other things in mind. Soulstice promises to have a “dark world brimming with hidden mysteries”. 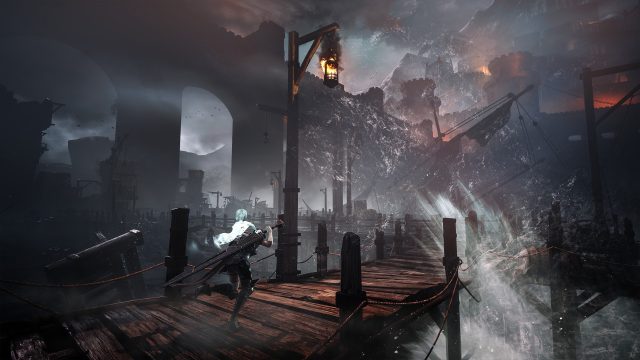 Strike at the Heart of Ilden

Most of the game will take place in the city of Ilden. Briar and Lute will be challenged by many foes, especially those pouring out of the recently opened Tear in the Sky.

Will Briar and Lute be able to retake the town, and learn more about their past? Only time will tell.

Soulstice will release on PC and next-gen consoles sometime in Fall 2022. As of writing, there has been no specific announcement on pricing or post-launch content.

For more news, check out V Rising is an Upcoming Vampire Survival RPG by Stunlock Studios, Enters Early Access on May 17th and Top RPG News Of The Week: May 15th (Monster Hunter Rise Sunbreak, Starfield, Outward and More!).