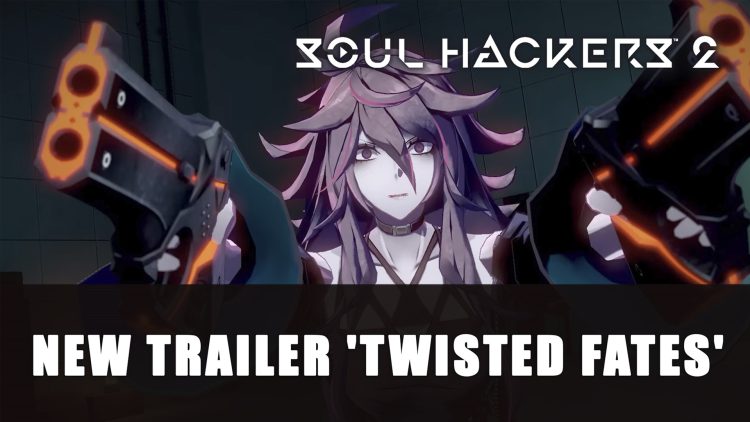 Ahead of Soul Hackers 2’s release later this month, a new trailer has been released featuring the title’s dramatic story.

Towards the end of this month will be the release of the sequel Soul Hackers 2. A new trailer dubbed ‘Twisted Fates’ gives a peek into the game’s dramatic storyline.

In case you missed it, in this entry of the series players will be attempting to save mankind through the agents of Aion, Ringo and Figue. They will try to put a stop to a butterfly effect that could lead to the destruction of the world. These agents have their own abilities such as Ringo who can enter the human mind and even bring back the dead, spooky.

The trailer shows some of the conflicts that will ensue in this supernatural RPG as well as hinting at some of the cyber hacking. Devil Summoners as their known in-game, are powerful mortals that make a contract with entities that has demon powers, to be able to use their abilities. In this trailer we see main characters Arrow, Milady, and Saizo before they died in their intertwined fates.

Soul Hackers 2 will be coming to PC, PS4, PS5, Xbox One and Xbox Series X|S on August 26th worldwide. If you’re curious to find out why it make our list for this month among other RPG gems, check out our Top 5 Upcoming RPGs Of August 2022