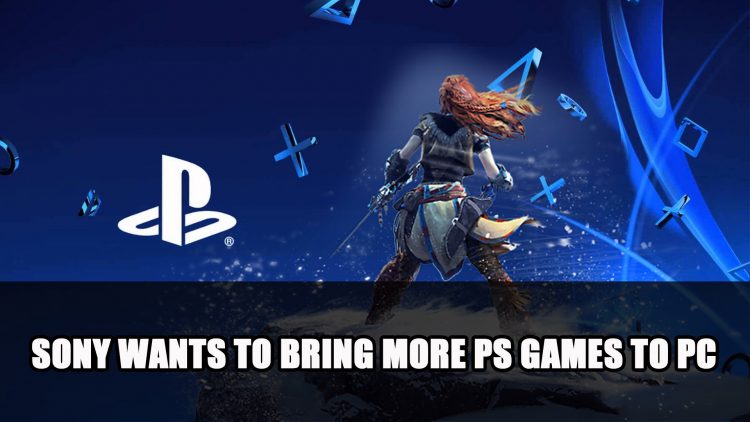 Sony has said they are looking to bring more first-party Playstation games to PC.

Sony has there own PS exclusives, these titles attract players to picking up the console, and are tailored made to run on PS. While PS5 will not be straying from this, Sony has brought some of their once Playstation exclusives to PC, this includes the recent Horizon Zero Dawn which came to PC last month.

In Sony’s report they shared “We will explore expanding our first-party titles to the PC platform, in order to promote further growth in our profitability”. This means we could be seeing more Playstation exclusives coming to PC. But what could be next and when? With Horizon Forbidden West announced, the sequel could be on that list. Might we see Bloodborne finally make its way to PC?

But the reason behind the ports are actually suppose to work in Sony’s favour, Playstation Worldwide Studios boss Herman Hulst shared the decision to port Horizon to PC was to “show people maybe what they’ve been missing out on”, to expose more players to Playstation.

But of course it would make sense that the PC version won’t always release alongside the console version, having time limited exclusives for example. PS fans can be rest assured, just because we see one big title like HZD come to PC doesn’t mean all AAA titles will be coming to PC:

In my mind, Horizon Zero Dawn was just a great fit in this particular instance. We don’t have plans for day and date [PC releases], and we remain 100 per cent committed to dedicated hardware.

Playstation 5 is the next console from Sony releasing in the holidays 2020.

For more news be sure to read next Tokyo Game Show 2020 Online Lineup and Genshin Impact PS4 Accounts Won’t Be Transferable To PC Or Mobile.