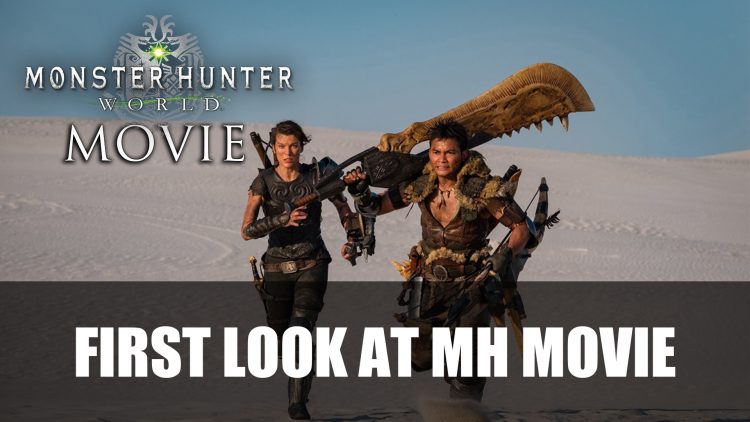 We heard that the Monster Hunter movie was well into production, most recently we heard what the producer Paul W.S. Anderson had to say about his role behind the film and we now get the first official look at a scene straight from the production.

In a tweet from the official Sony Twitter account, they release a shot of Milla Jovovich and action star Tony Jaa running through the desert. Jaa takes on the role of the Hunter and he wields the Giant Jawblade which is from Monster Hunter World. Anderson had said in his interview recently that he was taking inspiration from the games, it looks like the weapons are making an appearance too, that’s good news for fans.

While Milla Jovovich was announced quite early on as part of the cast, its interesting to see Tony Jaa kitted out in his role as The Hunter. He has taken up action roles previously in Hollywood films such as The Furious 7 and is a talented Muay Thai and martial artist who definitely holds his own in fighting roles. Seeing him take on beasts in a fantasy world will be interesting and definitely action packed.

Some fans are saying that Jaa’s outfit is looking pretty similar to the Field Team Leader from Monster Hunter World, as Anderson said he was taking characters from the games, this might give more insight to Jaa’s role or least his outfit inspiration. 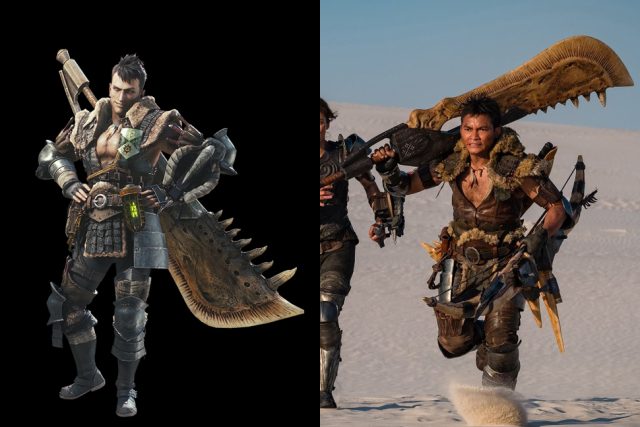 On the left, Field Team Leader from MHW. On the right Tony Jaa. So who wore it best?

What do you think of the pic? Let us know in the comments below.