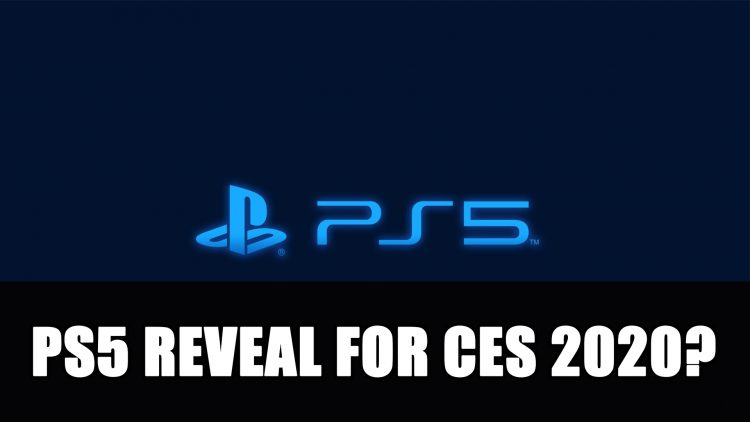 Sony could be ready to unveil its Playstation 5 at the next CES press conference which takes place next week.

Sony Could be Teasing a PS5 Reveal for CES 2020

Happening over the course of next week from January 7th to 10th, CES 2020 will be taking place, with Sony having their press conference on January 7th (January 6th PST). While past conferences haven’t seen a major Sony presence, a looming platform reveal might be a reason for Sony to reveal their next console. There have been rumours that an unveiling is due in early 2020, but will Sony be ready to show the goods?

The Consumer Electronics Show has in the past had mostly Sony showing off non-Playstation items such as TVs or phones, or even tech projects that are currently in the works. However, with the anticipated reveal of PS5, Sony may break with tradition. Breaking patterns might be a thing of the future for Sony as they opted out of E3 this year, maybe 2020 will be a start of something new. The official website outlines the show:

At CES 2020 Sony is unveiling a unique vision of the future, bringing creativity and technology together like never before, to unleash new sensations and emotions.

Sony’s CES will be happening at 5pm PST on January 6th and will be livestreamed. Sony has revealed a few details about their upcoming PS including a look at their new controllers as well as producing a more energy efficient console. For more Sony reveals be sure to follows our Playstation 5 news feed.

For more gaming articles be sure to read next Everything We Know About Dark Alliance: Couch Co-Cop & More and Everything About New World, Amazon’s Atypical MMORPG. You can also check out our news feed for all the latest.