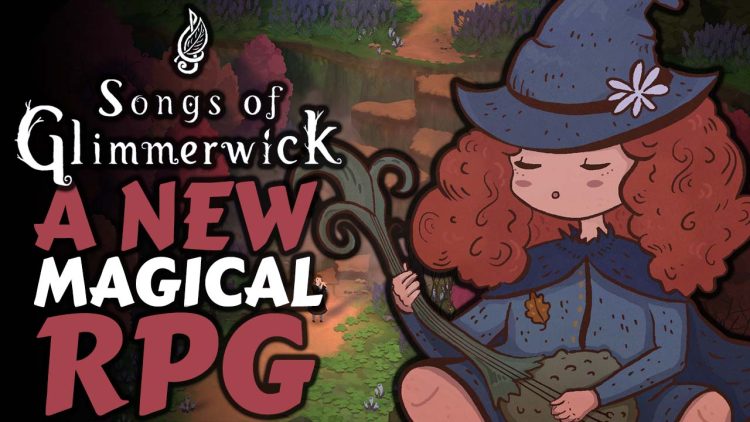 Songs of Glimmerwick was announced yesterday by Eastshade Studios. This upcoming RPG is a mix of Stardew Valley and magic lessons at Hogwarts.

Now is the perfect time to fantasize about yourself as a budding witch or wizard student. We have the open-world Hogwarts Legacy coming sometime in 2022. In this, we’ll be able to fully immerse ourselves in the world of Harry Potter. However, fans of the magical world of sorcery are in for another treat: indie developer Eastshade Studios has got us covered. 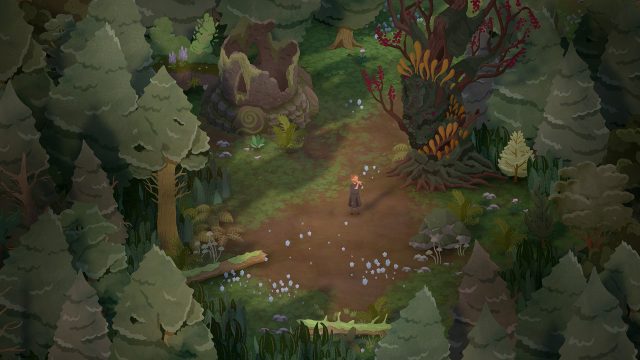 Announced yesterday was Songs of Glimmerwick, the studio’s latest project. The land of Glimmerwick is full of mysticism and wonder and is famous for its university of magic. It just so happens that you are its newest student, and are on your way to learning the tools of the trade.

Magic in Glimmerwick is somewhat unique though. Instead of merely waving a wand with a simple incantation, you will make use of your trusty flute and songbook as your secret to casting. Music is key here, and the source of all magic in this world.

Since this game will be highly similar in setting to Hogwarts Legacy RPG, you’ll also be attending classes. Their players will learn various notes that they can combine together to create spell effects. They will need to constantly keep practising these notes in class if they want to improve their spell effectiveness. 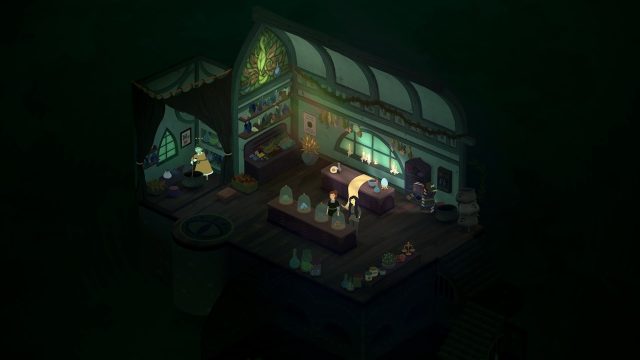 Some of the songs that you’ll be able to learn will allow you to speak with the trees, move the earth to open up pathways or manipulate the weather. All of this will help you solve puzzles and riddles scattered throughout the environment. 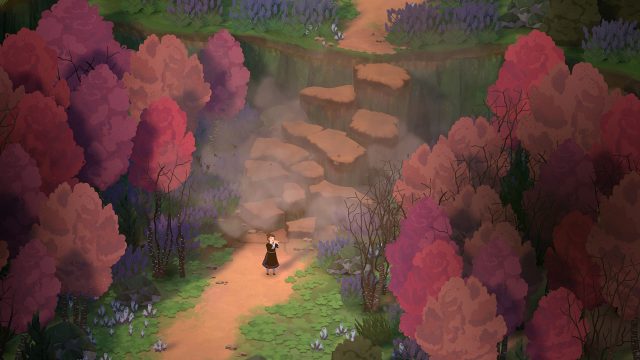 Use Songs to Move the Earth

There won’t be any Unforgivable Curses or Dark Arts from Harry Potter in this world though. This is an RPG that will not feature combat. Instead, you’ll focus on the peaceful approaches to encounters. Students will get access to a Skill Tree that will help them focus on specific activities or give them new skills, such as the ability to talk to frogs.

The People of The Songs of Glimmerwick

Everyone in Glimmerwick has a story to tell. The dialogue in this game is going to be fully voiced, and characters will have unique personalities and backstories to share. Students can explore the university of Glimmerwick and the surrounding town and forests. Villagers and professors won’t be limited to just humans, however. We’ll get to meet some other otherworldly creatures, such as an ancient talking tree, or a goat-like man. 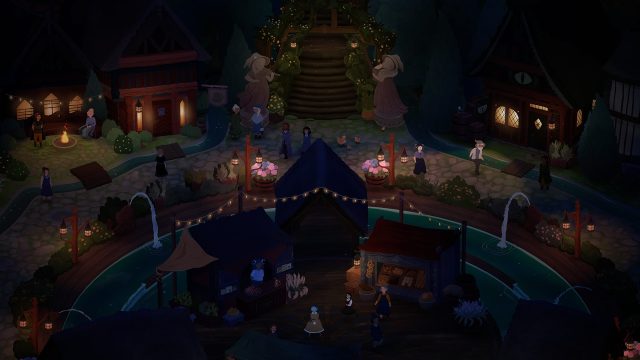 The game promises to have RPG-styled quests. Players will also have tons of dialogue options to choose from, thereby being able to fully express themselves. Speaking of expression, the main character’s look and outfits will all be fully customizable. You can make a little wizard that you can be proud of! 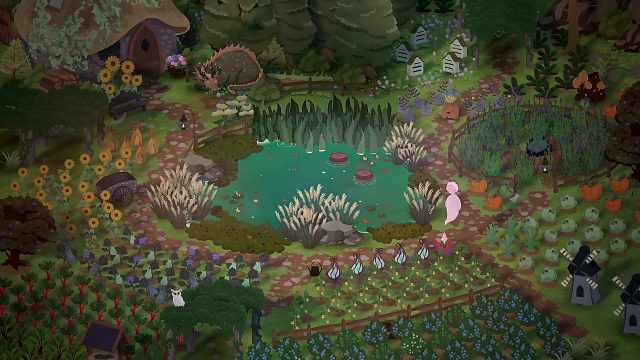 There will also be a lot of activities to do outside of the classroom. Aside from minigames such as mothracing, or seashell diving, players will be able to tend to their own garden. Students can use their songs as tools to be able to assist them with mundane tasks like tilling the land or watering their crops.

It isn’t clear just yet how much integration the gardening aspect will take, but since it had a prominent segment in the trailer we can assume it will be quite important.

The land of Glimmerwick is definitely taking on its own personality. The team at Eastshade Studios is definitely hard at work making the location feel unique and mystical. They are on to something special with the delightful looking art style and premise. Players will have a lovely world to explore and many intricacies and secrets to uncover. 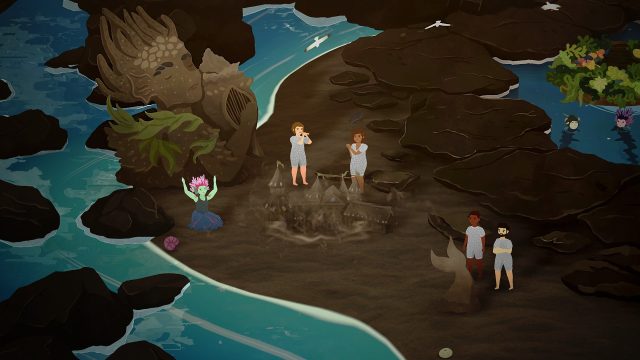 The developer Eastshade Studios is known for their previous game, Eastshade. This game follows a travelling painter as he goes around Eastshade island. Similar to Songs of Glimmerwick, the protagonist will meet many locals, ranging from simple humans to mystical creatures. 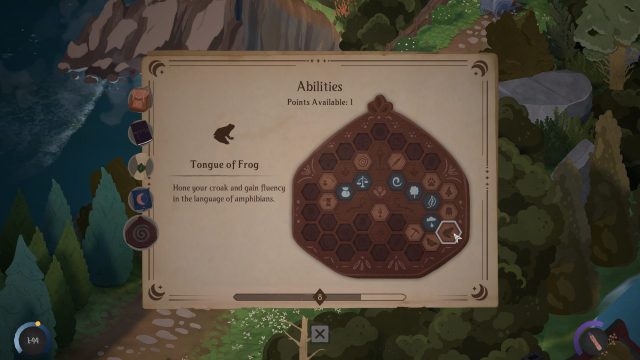 Unlike Songs of Glimmerwick, this game took on the first-person perspective. Instead of songs, the main character chooses to paint things based on his surroundings to discover secrets. It is nice to know that Eastshade Studios focuses on a particular form of art and wonderfully integrates it as a centrepiece of their game. Eastshade is quite good at 89% positive reviews on Steam. 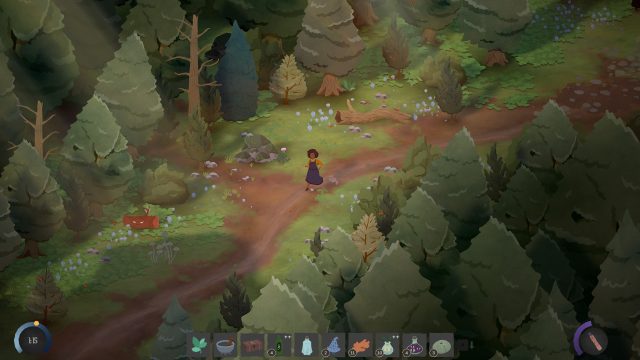 Unfortunately, we won’t be able to explore the lands of Glimmerwick until 2023. While waiting, be sure to check out the best RPGs we know are coming out in 2022. You can also watch out for Witchbrook, another game that melds Harry Potter and Stardew Valley.