In this Solasta Crown of the Magister Update 1.1.4 Patch, I’m going to discuss substantial changes related to the new Sorcerer Class, Iron Man Mode, Dungeon Maker campaigns and environments, and more. This Update is pretty big considering the introduction of another Classe so without further ado, let’s get into it! Note that you can find a full list of Patch Notes on the Patch Notes page on the Official Solasta Crown of the Magister Wiki.

Solasta Crown of the Magister has just been released this May, and it has already received a lot of new content since then. It’s a Tactical RPG that closely follows Dungeons & Dragons SRD 5.1 ruleset. What also sets this game apart is its unique Dungeon Maker Feature, which allows players to become the DMs of their own world and to share it with others. Additionally, Solasta has a total of 7 Classes with the release of the new Sorcerer Class, and we’ll talk about this first.

Solasta’s new Sorcerer Class is free and is a welcome addition to the game’s roster of Classes, which includes Cleric, Fighter, Ranger, Rogue, Wizard, and Paladin. Sorcerers have innate magical powers that stem from several sources such as their lineage, bloodline, or other mystical influence. Unlike Wizards, they don’t need to study tomes and arcane books to harness and master their powerful magical abilities. What’s unique about Sorcerers is how they’re able to manipulate Spells by lengthening their range or increasing their duration, to name a few. 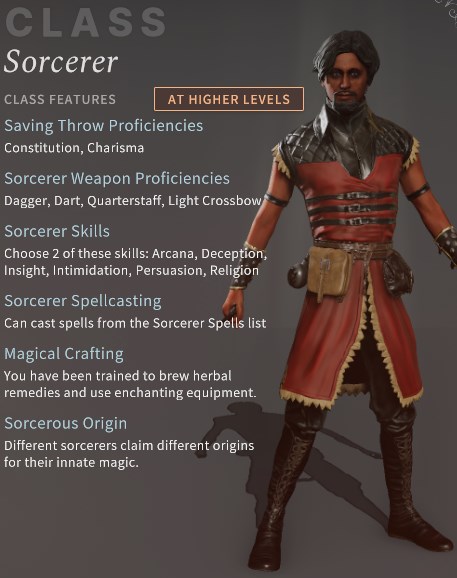 The Sorcerer’s Spellcasting Ability is Charisma, which means they’ll need to considerably raise this Ability in order to increase the chances of hitting targets with their Spells. Like the Paladin, they’re very charismatic, often having the capability to persuade, intimidate or deceive others into doing what they want. Additionally, Sorcerers are proficient with Constitution, which makes them resilient and more able to maintain Concentration for the Spells that require it.

Sorcerers also have their own Origin Spells depending on the Subclass you choose. These types of Spells are always Prepared so you can immediately use them in Combat. This means that you won’t have to wait to take a Long Rest or to level up just to prepare these Spells. 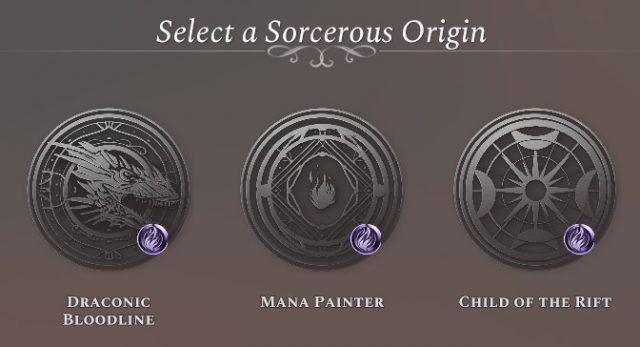 The Sorcerer has 3 Subclasses, namely the Draconic Bloodline, Mana Painter, and Child of the Rift. The Draconic Bloodline is derived from D&D 5E Player’s Handbook. Choosing this Subclass lets you select a Draconic Ancestor who has an affinity towards Acid, Fire, Poison or Cold. In turn, you do more Spell Damage with any of these elements because of your Charisma Modifier. You can also gain temporary resistance from the same element you’ve chosen as long as you spend a Sorcery Point.

Meanwhile, with the Mana Painter Subclass, you regain a number of Sorcery Points by attacking targets and taking a Short Rest. Lastly, with the Child of the Rift, you can reroll a D20 right after casting a Sorcerer Spell to determine whether or not you spend its corresponding Spell Slot. You can also expend 1 Sorcery Point to improve your Saving Throws, making it difficult to hit you.

Sorcerers get additional features that aren’t available to the rest of the Classes… for now. Per Subclass, you have unique facial markings, which you can customize. Make sure to try out this new Sorcerer Class and let us know what you think of it. We’ll be making a Sorcerer Class Build Guide so stay tuned for that! 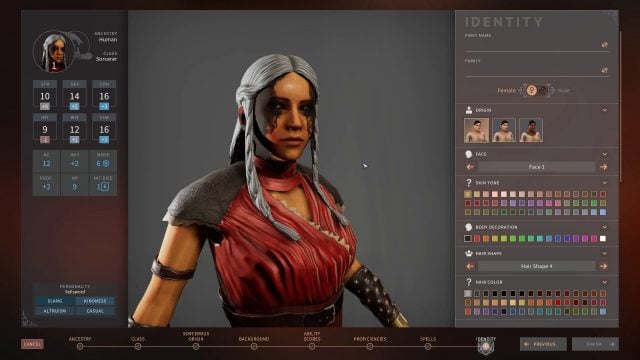 If the five difficulty modes aren’t enough for you and the Cataclysm Mode is still a walk in the park, then you’re in luck. In this update, Tactical Adventures is adding a perma death modifier called the Iron Man Mode. Once enabled at the start of the campaign, you won’t be able to disable this. 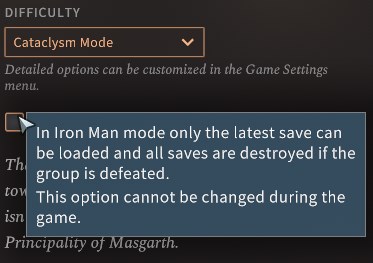 You can only load the latest save available and once your entire party has been wiped out, all saves related to that specific playthrough will be deleted. If you’re brave enough to face rough and hopeless consequences, then I urge you to go for it. Best of luck! 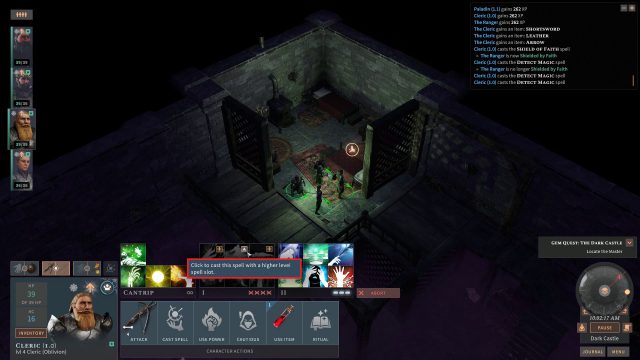 This is an extremely useful feature in case you really need to cast a specific Spell, just note that you won’t be gaining any additional effect for the upcasted Spell. It may not be optimal but at least you still have this option in some specific scenarios.

The Detect Magic Spell will always be active as long as you maintain Concentration. This means that the Spell’s effect is continuous after executing it once. You no longer need to cast it every time you have a seemingly magical item in your inventory or a questionable creature nearby. Classes like the Rogue and Paladin particularly benefit from this improvement since they do not have Ritual Casting so when they cast Detect Magic, it uses up a Spell Slot. 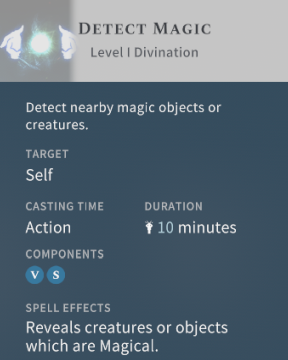 Dominate Beast Spell becomes available to the Sorcerer at Level 7 and at which point, you can add it to your Prepared Spell List. This Spell charms a beast to command and to attack its own party, provided that it fails a Wisdom Saving Throw. Effects last up to 1 minute initially, ramping up to 8 hours, 24 hours and infinite when used with Spell Slots higher than Level 4. Some notable beasts to take control of in Solasta include Eagles, Spiders, Vipers, Wolves and Tiger Drakes. 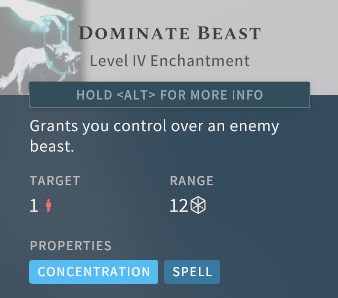 When it comes to gameplay upgrades, auto-equip is now finally disabled, which is good news to Classes that require at least one free hand to cast their Spells with the Somatic Component. There are a lot of decent Spells like this in the game such as Dancing Lights, Chill Touch, and Cure Wounds. Previously, when you had a free hand and you looted a One-Handed Weapon, it would be automatically equipped. 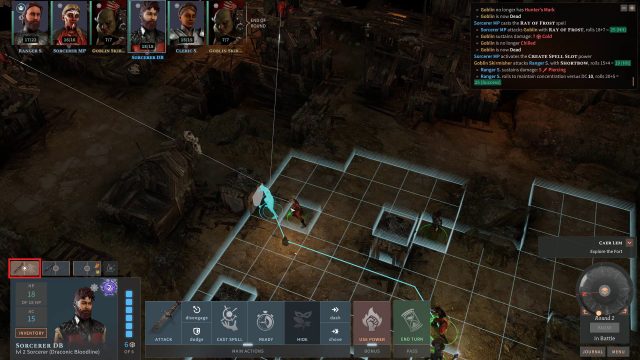 In case enemies surprised you, you had to unequip the newly added Weapon in combat. At least with this Quality of Life improvement, you’re not limited to removing an unnecessary piece of Equipment as your free or inventory action for one turn.

When you play Solasta at the moment, you can expect to see reworked and enhanced cutscenes with better camera angles that show you your characters instead of highlighting the walls behind them. There are also new environmental visual effects to improve the overall aesthetic and feel of its corresponding locations. This should hopefully add to the game’s sense of immersion.

Talking to Maddy Greenisle of the Tower of Knowledge Faction no longer grants you an additional 14 points when you first greet her politely. As such, you won’t be getting any bonus points to improve your relationship with this Faction right from the start. Pretty sad if you ask me. 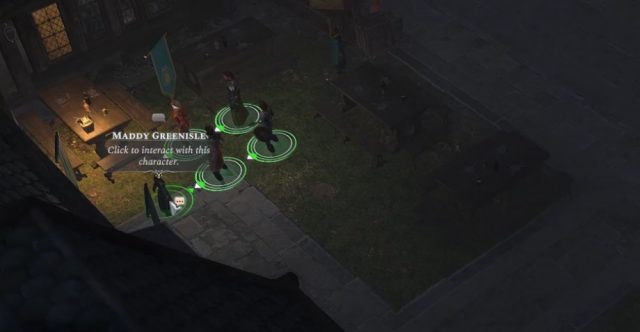 One of the biggest updates of this patch has to do with the Dungeon Maker content, which is still in Beta. Two additional campaigns have been added specifically, Dun Cuin and Caer Falcarn. These are multi-area adventures developed by Tactical Adventures themselves. They should be fully playable and provide more content even for players who are not interested in making their own missions. 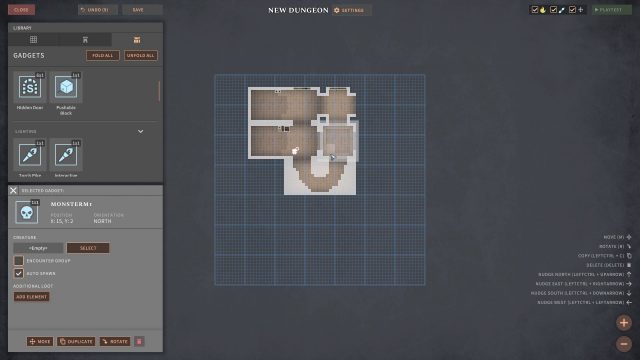 Three new environments are also being introduced to the Dungeon Maker such as the Sewer, Woodland and Catacomb. These will be joining the already existing Necropolis, Lava Caves, Elven Palace, and Stronghold environments. To further enhance the locations, several new Visual Moods have been added as well, bringing the total available moods to over 15.

To populate these new creations, you’ll find new monsters such as the Brimstone Viper, Wind Snake, and Earth Elemental spawns. A large number of magical Weapons and Armor are also being added to the overall list of available items. 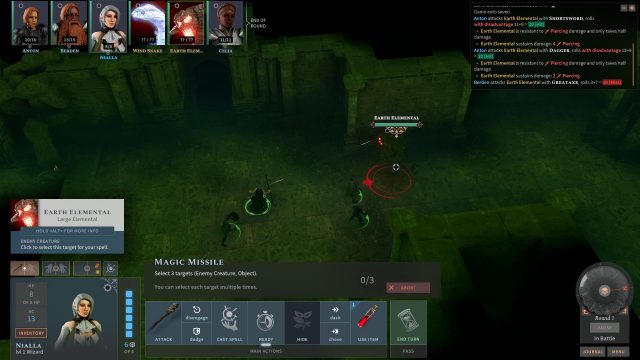 Finally, Mod.io integration is now available to non-Steam copies of Solasta. This means that non-Steam users will now have an alternative platform to the Steam Workshop where they can download other peoples’ creations from a centralized hub. Hopefully, mod authors will also make use of this service so that non-Steam users can get mods from another trusted source.

A large part of this patch comes from a ton of bug fixes. I won’t be going through each of these and instead, I’ll focus on some of the major ones. To read the full list of bug fixes, you can visit our Solasta Patch Notes Page.

When it comes to Classes, Rangers should now always receive the correct Advantage on Ability Checks for their selected Favored Enemy at Level 6. Additionally, you can expect to remain on high alert and gather more food for the terrain you’ve picked at the same level. 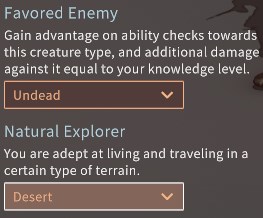 Next, Rogues at Level 10 ought to have the Ability Score Increase feature available to them. If you’re playing as a Wizard, you can continue to level up regardless of whether or not you’ve already unlocked all of the available Spells. And lastly, as a Fighter, you should always be able to perform Dash twice with Action Surge.

Meanwhile, characters with a low Constitution Modifier will no longer take damage, and should at least get healed by a certain percentage, when they engage in a Short Rest. They will no longer stub their toe when taking a nap. Fabulous!

Tome of Understanding, which is a Consumable that grants you +2 Wisdom and increases your max Wisdom by the same amount, can now be studied and is therefore usable. Lastly, and this isn’t a bug fix, Russian and Brazilian Portugese localizations have been added in the game. 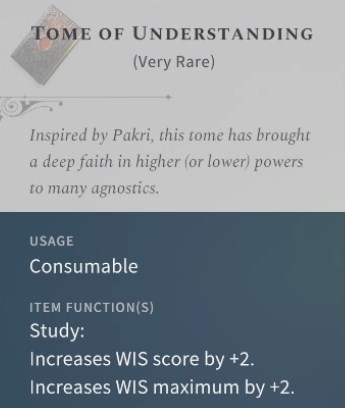 Stay tuned for more Solasta Crown of the Magister content such as the Sorcerer Build and be sure to check out our Solasta Wiki and Twitch Channel if you have any questions on the game. You can also check out our Solasta Crown of the Magister Beginner’s Guide: 10 Tips You Should Know Before You Play and other Class Build Guides. What Class are you planning to play as next? What did you think of this update? Let us know in the comments section below!