Solasta: Crown of the Magister’s Tactical Adventures has been working relentlessly to provide players with a lot of things to do in the game over the past months. This includes increasing the level cap from 10 to 12 and the Dungeon Maker Campaign Creator Mode, allowing you to add custom NPCs and monsters to craft your personal campaign! But that’s not all since they’ve held an event to include the active participation of the community in the previous Primal Calling DLC. Here, people rallied together to create respective Barbarian and Druid Subclasses, which were then implemented in the game. 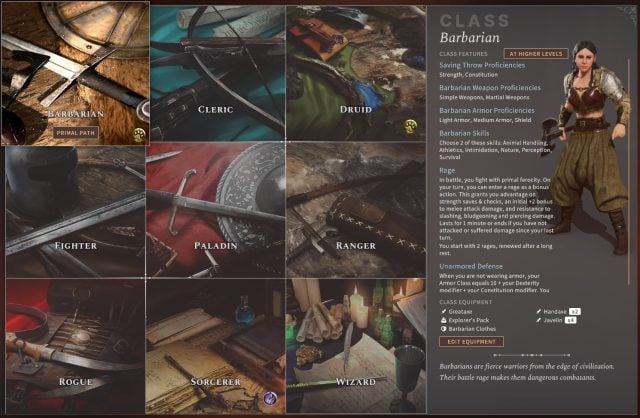 In the Lost Valley DLC, you’ll be able to experience a brand new campaign including never-before-seen creatures, new Subclasses for each of the 9 Classes, and an updated version of the Dungeon Maker. Multiplayer Mode will also be available on April 14 but you won’t have to purchase the DLC to experience the best of Solasta with friends! Let’s first talk about the Lost Valley DLC campaign.

To date, the upcoming expansion will be the biggest so far because of the new non-linear campaign. The story is set in the Valley of the Dominion, which has been largely forgotten after the Cataclysm. There’s also no concrete explanation as to how these people survived after the opening of the Rift. As hapless adventurers who stumbled into the valley by accident, your goals are to search for a missing person and to align yourself with a Faction to survive and break free from the Dominion since no one has managed to escape these foreign, forgotten lands in the past. 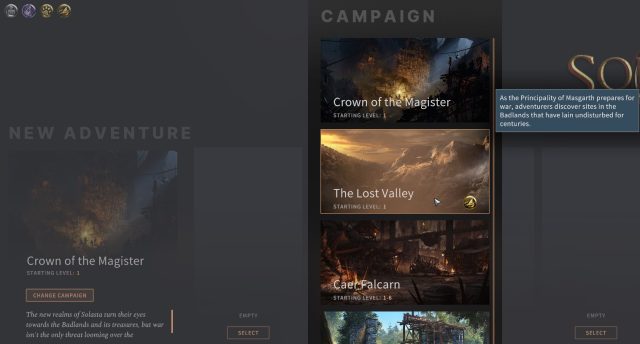 The campaign starts at level 1 so for players who are new to Solasta, you can certainly jump into the DLC rather than playing the base game first. However, the only drawback to choosing this route is shortened tutorials, which aren’t going to be as extensive as the ones in Crown of the Magister. If you’re entirely new to D&D 5th Edition, I highly suggest finishing the original campaign first. Furthermore, since the max level continues to be at level 12, character progression is faster, allowing you to gain access to your class and subclass’ more advanced features straightaway. 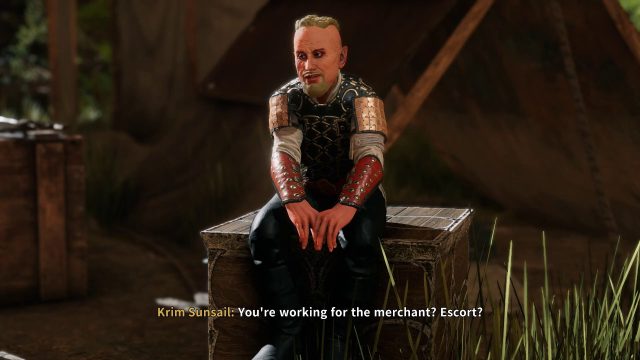 After a few minutes in, you’ll have the chance to choose a Companion whom you have to take care of since their death is immediate and permanent. They won’t be rolling for Death Saving Throws unlike the rest of your characters. You won’t be able to spare them from their downfall regardless of whatever Spell you cast so you automatically lose one essential party member.

What makes Lost Valley’s storyline particularly interesting is the resounding impact of your decisions. This time around, you’ll have several options to choose from before progressing in Quests such that you’re able to approach them however you like. For instance, you can opt to stealthily steal a package or clear the way through brute force. Sometimes, the latter is going to be more difficult depending on your level but if you want to become a murderous fellow, then it’s the only way to roll! 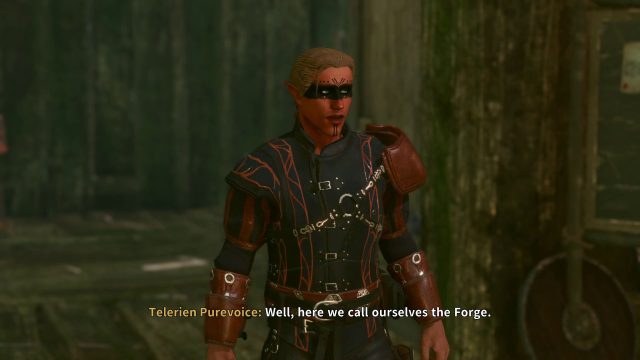 Now the choices you make will predominantly affect the relationships you have with different factions. They’re mostly new and centered around groups inhabiting the valley, but by default, you’re already part of the Principality of Masgarth from the base game. You’ll also meet a certain number of individuals who will rummage explored areas on your behalf to collect loot and coins, much like the Scavengers from before. In this sense, the DLC continues to feel familiar. 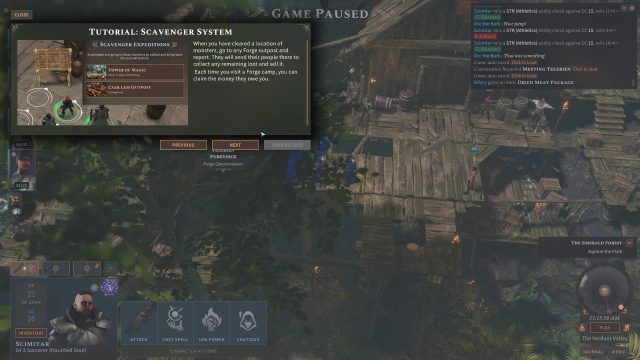 The faction mechanics remain the same. Should you align yourself with the opposition, you lose the trust you’ve initially built with others. Additionally, the NPCs who represent these various groups are much more involved than before concerning your actions such that they notice what you do, thereby making the game much more interactive and real.

Since some of the quest lines are shorter, you’ll be spending less time in specific areas. Not only does it increase the pace of Solasta but it also allows you to visit a multitude of new and refreshing environments. You’ll also be interacting with the environment frequently. For instance, you’ll have to hit the trunk of a leafless tree with a ranged spell to topple it over. This will then be used by the party to cross rivers. There are a lot of these types of puzzles that show how far the developers have come to create a far more authentic experience overall. 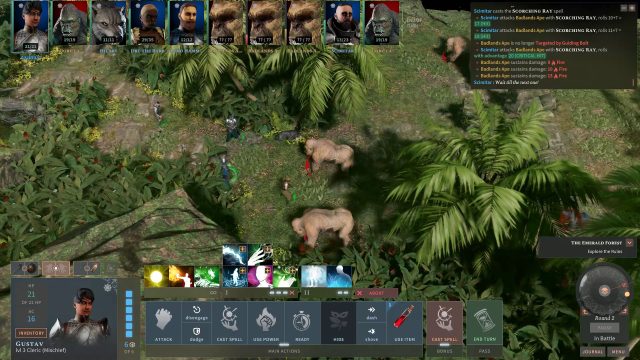 With these surroundings come new creatures to face. They range from Giants whom you have to communicate with to Trolls who will attempt to impede your progress. There’s no shortage of monsters to take down, however, the question is, do you have what it takes to slaughter them all? 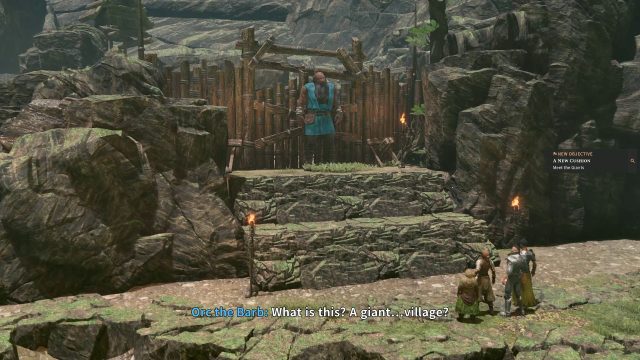 Lastly is the performance optimization issues in the form of framerate drops when it comes to exploring the Valley of the Dominion. It’s worth noting that I’ve only encountered this when visiting areas with sprawling landmasses. Now it may be due to the build I’m playing but hopefully, there’s going to be an update to address the problem on the first day of launch.

Rather than adding more classes to Solasta, Tactical Adventures decided to introduce new subclasses for each of the game’s 9 classes. As such, the combat experience continues to feel new and different because of the numerous options you have. Let’s run through every subclass: 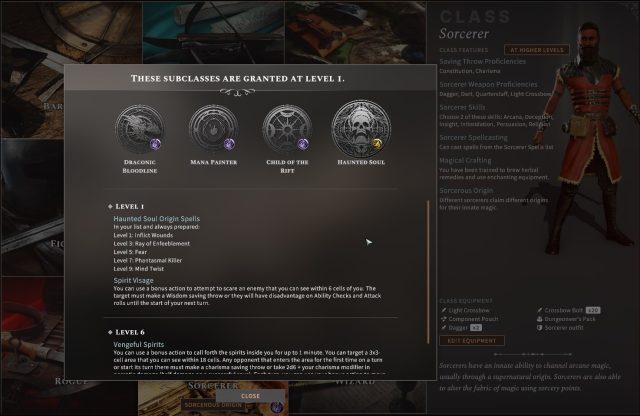 For the Barbarian and Druid, you’ll need to have purchased the Primal Calling DLC. 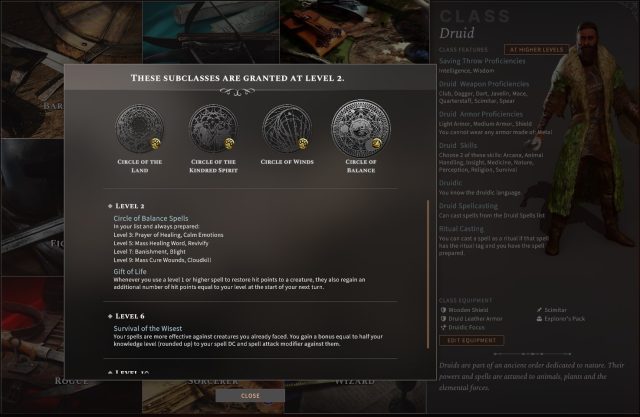 After almost a year since Crown of the Magister’s release, Solasta will finally have a Multiplayer Mode, which will release alongside the Lost Valley DLC and is accessible for free to anyone who owns the base game. This allows players to experience Solasta online in a party of 4 using the characters they currently have or by creating new ones. Whatever DLC the host player owns will be accessible to everyone who has joined which means you don’t necessarily have to own Lost Valley to play the new campaign, making Multiplayer very consumer-friendly. 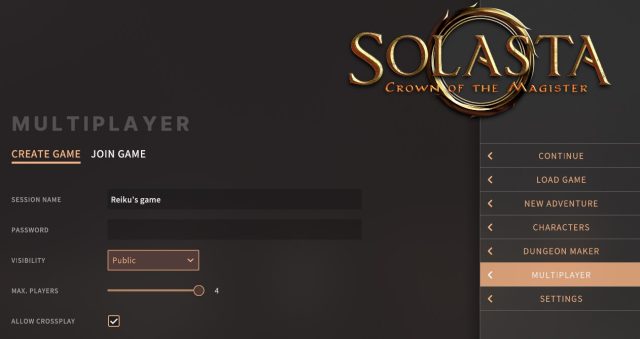 If the host exits the session and you become the new host, you won’t be able to access the latest expansion unless you own a copy of it. However, you can still continue playing the base game with your friends.

Past, current, and future content are mostly compatible with Multiplayer Mode except for Custom Dungeons, which can be converted into Custom Campaigns as a workaround. It’s also worth noting that you’ll have to disable mods beforehand because this isn’t supported either. Aside from these, however, you’ll be able to seamlessly connect with friends from any region.

In terms of Solasta’s Dungeon Maker, new environments and monsters found in the Lost Valley DLC will make their respective appearances. You’ll now be able to import City Valleys and Jungles, to name a few, as well as Apes, Dryads, and Bulettes roaming around hoping to destroy the adventurers who dare visit the campaign. Additionally, there will be features such as the quest and dialogue systems, which would allow you to incorporate quests and unique reward mechanics while personalizing the dialogue of the NPCs. 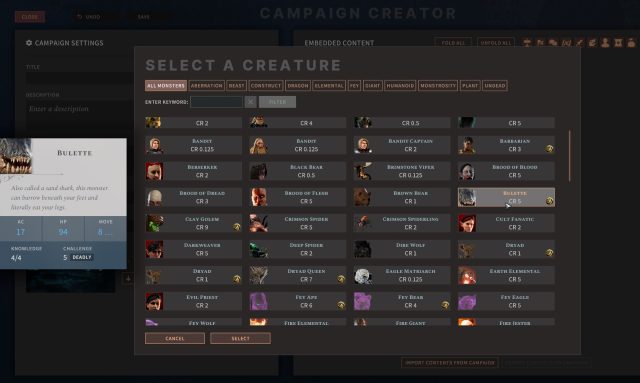 This is definitely a great platform to showcase and share your exciting custom adventures with others! You can even add loot tables to tailor the loot, which your players will receive. Who doesn’t want that?

Solasta’s Lost Valley DLC costs USD 12.99 (as confirmed on Discord) and for this price, it’s certainly a worthy purchase if you’ve only begun your journey into D&D 5th Edition or you’ve been a long-time fan. Not only does this expansion revitalize the subclasses of every class, but it also expands upon the game’s lore in more ways than one. This is much bigger than the previous DLC, taking you 15-20 hours to complete as a result, and is highly interactive and politically intriguing, especially when you’re trying to manage your rapport with particular factions.

Given how dedicated Tactical Adventures is in pushing out significant updates, whether paid or free, I’d wager that the latest Lost Valley DLC is enough to pull you back into playing Solasta once again. This continues to be filled with charming and more interesting NPCs coupled with commendable voice acting and music. The non-linear campaign with underlying narratives about the people you’ll encounter and the factions they belong to are more complex this time around. Plus, there are a lot of subclasses to experiment with, especially if you’re the type who is fond of creating multiple Builds. 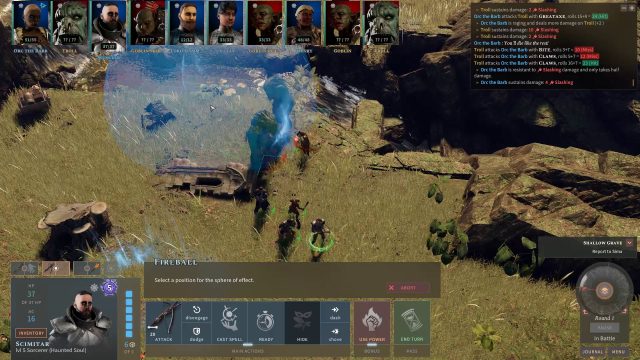 If you enjoy exploring various locations, RPGs that are rife with choices, which are meaningful and impactful, and love D&D, then I highly recommend purchasing the Lost Valley DLC. It’s an immersive experience that you definitely wouldn’t want to pass up on!

Be sure to check out our Official Solasta: Crown of the Magister Wiki and Twitch Channel if you have questions about the game. You can also check out our Solasta Crown of the Magister Beginner’s Guide: 10 Tips You Should Know Before You Play and other Class Build Guides. What did you think of this overview? Will you be playing the Lost Valley DLC? Let us know in the comments below!