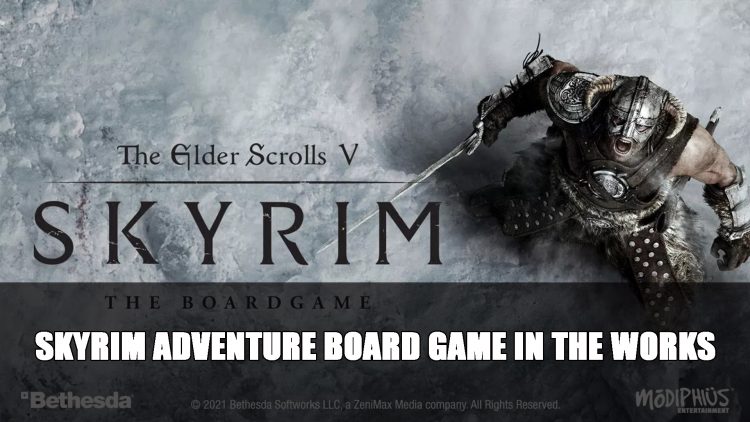 Skyrim Adventure Board Game In the Works

Modiphius Entertainment the same board game developer behind the Elder Scrolls Call of Arms, are working on a new board game. They have announced their project The Elder Scrolls V: Skyrim The Board Game, which will have its own campaign on GameFound.

The project which has not yet launched, shares a few details on the GameFound page, outlining the board game will be “an epic co-operative board game of adventure across Skyrim for 1-4 players”. Those interested in learning more can sign up for “design updates in the lead up to launch”.

Although the project hasn’t launched yet, some have commented concerns about the delivery of prior crowdfunded campaigns, the developer Mordiphius has affirmed that they will  “be showing lots of previews through the updates so this was a preview a lot further in advance of usual previews” and explained “it’s different to [its] Fallout miniatures game [as] this is an adventure board game”.

Ready for a 1-4 player co-op boardgame setting you on a path for epic adventures across Skyrim? Sign up for updates on the official Elder Scrolls V: The Board Game https://t.co/5hUaGrJd8W pic.twitter.com/2PoHPnZLGT

If you haven’t heard of GameFound it’s an alternative crowdfunding site to Kickstarter, but concentrating on tabletop games.

Previously Modiphius Games has produced the Elder Scrolls Call of Arms, an adventure wargame set in Tamriel, and the tabletop RPG Dishonored, based on the computer game Arkane Studios.

So far there is no launch date for the campaign, but according to Polygon, Modiphius co-founder Chris Burch has shared that it is expected to go live in June 2021.