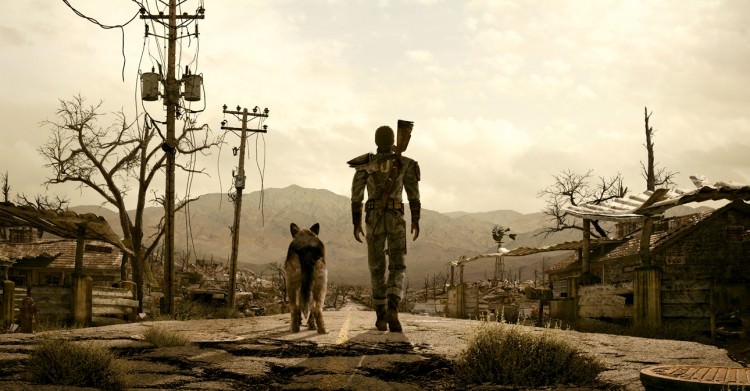 As Many of you probably know, full voice acting has been in games for a while now, and this, for most games, is fantastic. In RPGs we start to have potential problems though. It works well for some and not as well for others. BioWare has recently fallen into this trap, several times, so I’m going to talk about them a bit, but many other games have (or avoid) the same issues.

First thing to cover is cost. Not because it’s the most important, it’s far from it, but because it ties into the other point I’m getting to. Voice acting is expensive. Dragon age Origins has almost 800,000 words of spoken dialogue across 68,000 lines. That is, for reference, 22 times the amount of spoken dialogue in an average movie. Assuming the voice actors were all speaking at a quick, but average, pace of 150 words per minute that’s 5300 minutes, or 88.8 hours recording assuming no mishaps or script changes.  And it was recorded in at least 3 languages and features several famous, and presumably well paid, voice actors in major roles; Steve Blum, Graham Mctavish and Tim Curry to name a few. It’s not’s just recording either, it also has to be edited and synced properly with the sounds in game and with at least some reguard to lip movements, which takes more time and thus costs more money, as does time in a recording studio if the developer doesn’t have one.

Now, the problem isn’t necessarily the cost, the issue is that many western and the occasional Japanese RPGs like to tout player choice as an important thing in their games, allowing greater freedom to roleplay (you know, the R in RPG) and voice acting costs go up as the number of potential situations and responses go up.

Here we get to the real problem. As an RPG with an emphasis on choice, and defining your own role (to an extent at least), voice acting, especially if it’s the main character, has a huge impact on how much you can define your character. It’s simple (and cheap) to have a text only interaction between 2 characters go very differently with 6 or 7 separate speech options, where it would drive costs up very quickly all voice acted.  It’s also simple to bring those trees together into the 2 or 3 outcomes you have predefined gameplay wise, so it’s no extra work on your part. Done well though, it allows the player to feel more in control of their characters personality, actions and surroundings and to be more immersed in their character, basically to roleplay, as opposed to feeling railroaded into choosing options their character would not even consider. Bethesda takes this to extremes in many aspects of their games and the story often falls to the wayside and is ignored (admittedly the point of playing Bethesda games). Even within the framework of coherent storytelling Dragon Age Origins takes a good middle ground, allowing 4 or 5 options with only 2 responses.  While it is quickly apparent on multiple playthroughs that what you say has little effect outside of determining which of the 2 outcomes you get, it still allows you to feel have more control over your character.

Next is the fact that with voiced player characters, even when well written, what you think you’re going to say, and what your character actually says can be wildly out of sync due to simple (and unavoidable) interpretation errors on the part of the player, breaking one from roleplaying and into a half panicked half resentful state as they are forced to live with the consequences or (quickly, or risk an autosave) abort the conversation or reload an old save that can be quite a ways back. This even further destroys attempts to roleplay, as not only are you being railroaded into one of a couple predefined and overly general personality types, but even within them it’s difficult to tell how they will respond to any given situation. The conversation wheel BioWare has adopted is notorious for this.

This isn’t to say voiced main characters in RPGs are bad. Still using BioWare as the example, you are given brief, but evocative backgrounds to choose from in mass effect as the defining aspects of your personality and moments in your past. All you get to do is fill in the details. From such a starting point railroading to an extent is much easier to overlook as you’ve been outright told the basic aspects of your characters personality and the options in game are generally, though not always, accomodating of the combinations of basic personalities they’re designed to work for and that you had to choose from. Dragon Age 2 does this terribly, as apostate/soldier are not character traits and so while in theory your character’s personality is completely up to you, quite often the (overly generalized) speech options force you to say/do things that are completely out of character.

So, if you happen to be a developer making an RPG with an emphasis on choice, consider leaving off on voice acting, at least for the main character. No game has true freedom of choice for the really dedicated D&D style roleplaying, nor will they until affordable software is programming itself to adapt to player input, but I’ll eat my hat if it’s not cheaper to allow the player greater freedom to roleplay (and what other purpose is there in giving the players choices with impact on the story) by leaving them voiceless. For everyone else, next time you’re communicating with the developer of an RPG, or, more likely, on a forum the devs will see or through an email customer service will get, make it a point that roleplaying is important to you (assuming it is anyway) and that you might be willing to, or even be excited to, give up some voice acting to get more freedom to do so.

8 comments on “Silence is Golden (Voice acting in RPGs)”