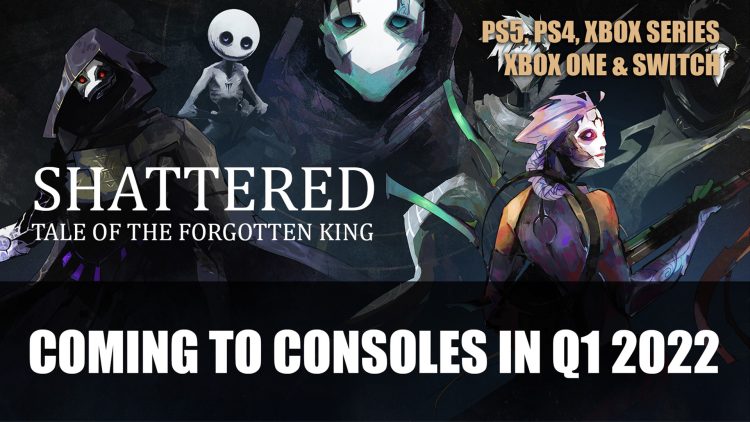 Indie Action-RPG title by developer Redlock Studio Shattered: Tale of the Forgotten King will be coming to PS5, Xbox Series X|S, PS4, Xbox One and Switch in Q1 2022.

Shattered Tale of the Forgotten King Announced to Be Coming to PS5, Xbox Series, PS4, Xbox One and Switch in Q1 2022

The indie souls-inspired RPG Shattered: Tale of the Forgotten King has been announced to be coming to consoles in Q1 2022. This includes platforms Playstation 5, Xbox Series X|S, Playstation 4, Xbox One and Switch.

Developed by Redlock Studio, the Action-RPG originally released on Steam, leaving Early Access on February 17th last year. About a year later, it is finally coming to consoles and also coming to the Epic Games Store according to this tweet:

Shattered places players in the dark world as a Wanderer. On a quest to find out what happened to this now fragmented world, it opens up a whole new reality as you begin to piece them back together. The game features skill-based combat, learning from the survivors of the world and building the bigger picture. However, some survivors are more trustworthy than others.

In case you missed it you can check out the PC launch trailer below: