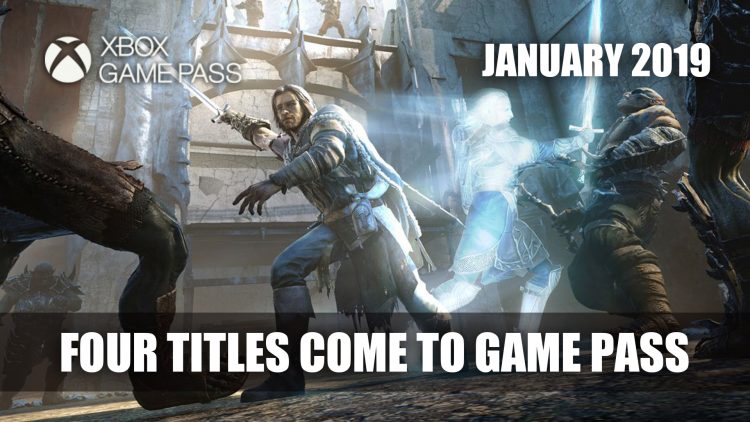 Four more games will be joining Xbox Game Pass towards the end of January 2019 which includes psychodelic adventure We Happy Few and action-adventure Middle-earth: Shadow of Mordor.

The drug induced 60’s inspired We Happy Few by Compulsion Games will be joining Xbox Game Pass on January 17th. Microsoft acquired the developer last year and it is only fitting that the game makes it to Game Pass. The Lego Movie Video Game will also be joining on the same day as well.

Towards the end of the month on January 24th comes two open-world experiences that are very different in terms of setting. The action packed Saints Row: The Third and the Lord of the Rings based world action game with RPG elements Middle-earth: Shadow of Mordor.

Microsoft have been increasing their subscription service choices with the addition of Life is Strange 2, Ark: Survival Evolved, Farming Simulator 17, Absolver, Just Cause 3, Aftercharge and Ultimate Marvel vs. Capcom 3 which arrived last week.