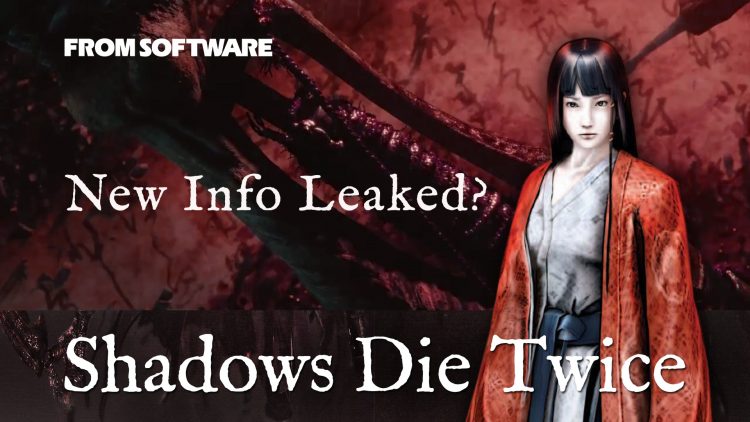 It seems to be that time of year when the internet unites in conspiracy and theory speculation to what will be shown at E3 2018. A recent post on insider forum ResetEra (new destination for Neogaf posters), has stirred up some interesting rumors regarding FromSoftware’s “Shadows Die Twice.”, a tagline shown after a short trailer during  VGA 2017. Let’s stoke the fires a little and see what the commotion is all about.

It probably goes without saying that anything read in an unofficial forum that doesn’t come from a proper news release needs to be taken with a grain of salt. Since there is no official word on the name of the project, Shadows Die Twice has become the temporary title for speculators.

In a recent post on ResetEra, a poster by the name Omnipotent shared some clues to what could be revealed in E3 2018 next month. This sparked some conversation between members of the thread who tried to get more information out of this stranger who seemed to know a lot more than they would let on:

From is doing a big showing for “Shadows Die Twice” at E3. Can’t say which show til E3 is a bit closer.

As you may remember from our speculation piece, one of the interesting options for this title would be a reboot of FromSoftware’s obscure Kuon title. This was brought up in the thread, and Omnipotent replies:

All I can say right now is, go in with an open mind. Things may not be as they appear to be.

When questioned about if the game will be “Souls-like” there was a bit of a longer response:

What people consider to be ‘souls-like’ now has become so much of a blanket term that that’s a bit of a hard question to answer. I can say it’s not going to be Demon’s Souls adjacent and thats about it in terms of gameplay. You’re probably not going to see another set of games that can be as tightly knit together as Demons>Dark>Blood. But its still going to be a Fromsoft game, so take that as you will.

We have previously speculated about why could it be Bloodborne 2, or Tenchu, or Shadow Tower – but with that last comment it leads you to believe that it could be a new IP entirely – that could very well be the “VR” game that was rumored long ago. This would of course be an interesting development as FromSoftware has brought ex-Sony PR Yasuhiro Kitao to work in-house, and has been expanding operations by hiring for a variety of positions, and increasing its international appeal with a wholly revamped website. 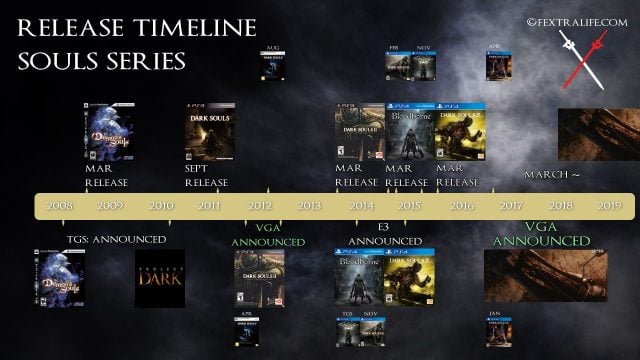 Our release timeline was spot on! FromSoftware should be releasing Dark Souls Remastered this month and be ready to announce dates for more projects soon.

Or if you’re up for some speculation: What do you think will be FromSoftware’s big reveal? Let us know in the comment below.