It was revealed today during Microsoft’s conference at E3 2018 that From Software’s new game, coming in 2019, will be Sekiro: Shadows Die Twice. While many believed originally that this title could in fact be Bloodborne 2 or perhaps a Tenchu game, it is indeed something different. Shadows Die Twice looks to be a mash up of games like Nioh, Ninja Gaiden and perhaps even God of War. [Update] The game is confirmed to be directed by Hidetaka Miyazaki, you can find screenshots here. 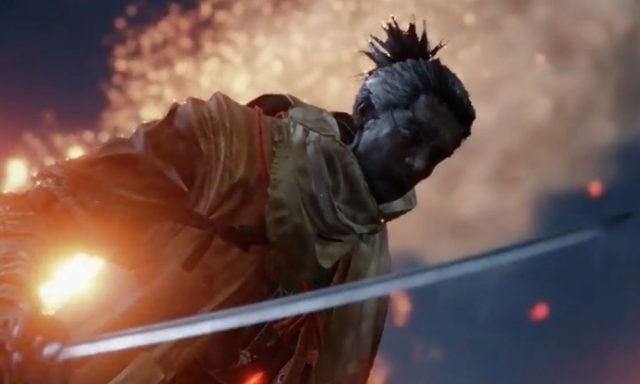 The game has more of an “Action” feel to it than Dark Souls, and combat looks much much faster paced. Players will use grappling hooks to traverse the landscape, and there is a definitive Samurai vibe. Bosses look to be more human-like than Souls games, however there are some allusions to more demon looking monsters from Japanese folklore. It also appears that your character cannot “die”, as he is revived during the trailer. What explanation they will have for this is anyone’s guess.

Perhaps the most shocking thing about the revelation is that it will be published by Activision. Activision is well known for their Action games, but not particularly their RPGs, and many players are worried there could be micro  transactions. We should learn more soon, as we’re at E3 and will be on the ground floor gaining as much information as we can!

Sekiro: Shadows Die Twice will release on PS4, Xbox One and PC (via Steam) sometime in 2019.

22 comments on “Sekiro: Shadows Die Twice Revealed to be From Software’s Newest Title”