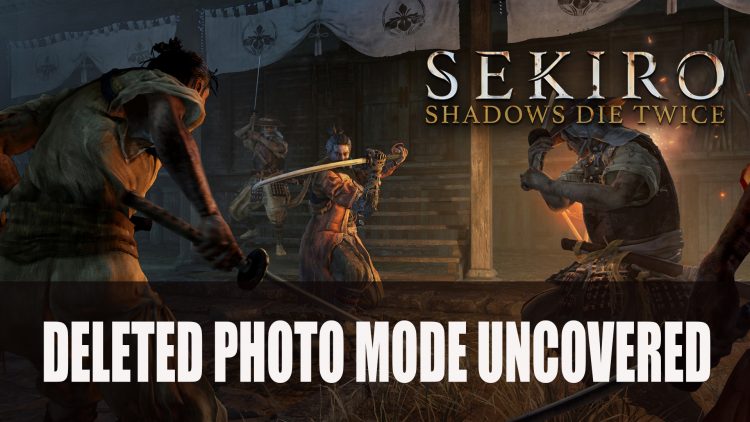 Sekiro: Shadows Die Twice had its release on the March 22nd, bringing FromSoftware’s newest IP to the public. While it’s not been that long since the official release, it hasn’t taken Lance McDonald long to uncover something. Known for his exploration into FromSoftware games, McDonald has shared in his latest video a photo mode that was cut from the final release of Sekiro.

The video features a debug camera which is used to take screenshots from the game during development that can open up a number of angles and views. As McDonald explores a fight scene early on in the game, it just goes to show the freedom of movement this camera allows, grabbing different views of the same scene. The footage is quite amazing as you can see things happening from all angles, showing a lot of detail in these frozen moments.

You may be wondering what else can be found in terms of cut content of Sekiro. From past findings, McDonald has discovered a cut boss from Bloodborne, cut scenes, the purpose of the Yharnam Stone, and a host of reveals. But according to his latest video he will not be sharing anymore cut content from Sekiro “until a lot more time has past”.

While fans may be eager to see more, its refreshing to know that there will be some time given for more players to fully explore the game before more secrets are shared.

You can check out the full video below:

Sekiro: Shadows Die Twice is now available to play on PC, Xbox One and Playstation 4.

If you enjoyed this Sekiro content be sure to check out what we thought about the game in our Sekiro Review: Shinobis Die Many Times. Find out everything you need to know about game length, replayability and difficulty. You can also check out our guides in Sekiro: Shadows Die Twice Beginner Guide and Sekiro Stealth Guide: How To Be A Better Shinobi. If you want to see the game live in action be sure to tune into our Twitch channel.