In this Sekiro: Shadows Die Twice Guide we’re going to be taking an in depth look at the Loaded Shuriken. This is the last of ten such Guides, exploring every facet of these. From explaining just what each upgrade does, to how they can best be utilized in combat. In this article we come to the last of the Prosthetic Tools in Sekiro.

You will find the Loaded Shuriken very quickly in Sekiro and it will be the first Prosthetic Tool you will obtain. Immediately after reaching the Gate Path Idol, grapple into the opening of the nearby gateway, and you will find the Shuriken on the corpse of a Nightjar Shinobi there. Return it to the Sculptor to obtain this Tool. 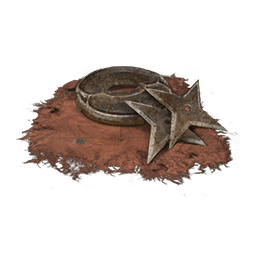 The Loaded Shuriken is an easy way to deal a modest amount of damage at range, and I do mean modest, since it isn’t very much. There are really two useful ways to use this Tool, besides picking off low Vitality enemies in one or two hits at a distance. First, it’s a great way to interrupt enemies that are clearing their Posture Gauge. The Samurai Generals, Lone Shadow enemies, and the Great-Shinobi Owl all do this when it fills too much, and this Tool can interrupt it in one throw by pressing R2.

Second, it deals additional Vitality and Posture Damage to enemies who jump into the air. When you successfully do this, you will see a bit of a grey flash that indicates extra Vitality and Posture Damage. Enemies that tend to leap into the air include: Lady Butterfly, Nightjar Shinobi, the annoyingly difficult Monks in Senpou Temple, and the Purple Ninja and Lone Shadow enemies. Timing the Shuriken when they jump into the air, makes this Tool even more deadly, but it can take some practice to pull off successfully. 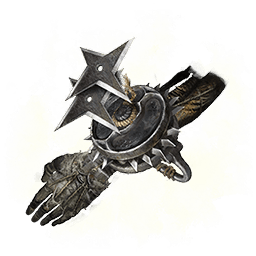 The Spinning Shuriken does the same damage and costs the same Spirit Emblems, but it allows you to hold R2 to deal increased damage to the target via repeated strikes. This attack works best when the enemy cannot defend, so you’ll want to time it on unsuspecting enemies, or when they are vulnerable. It deals roughly 25% more damage than a regular R2 Shuriken Throw, so you should only use it when you are sure it will connect. In addition, it is not worth trying to land the Spinning Shuriken Throw mid an opponent’s jump attack, as it is nearly impossible to do in time, and it doesn’t appear to do any more damage than a regular R2 in this instance. 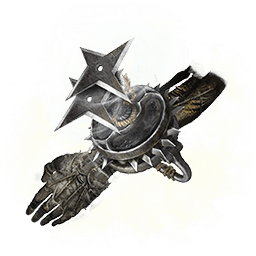 The Gouging Top works identically to the Spinning Shuriken, only with the ability to deal Vitality and Posture Damage through the enemy’s block. This allows you to play a bit more aggressively with it, since you don’t have to wait for an opening to throw it, even though it is still ideal. Additionally, this Shuriken will pierce enemies and hit those in a small rectangle around the target. This allows it to do some AoE damage, which is great against multiple foes.

The Gouging Top deals roughly 50% more damage than the previous two, making it a substantial upgrade that still only costs 1 Spirit Emblem. If you plan on using the Shuriken regularly, you’ll want to get this one as quick ly as you can. 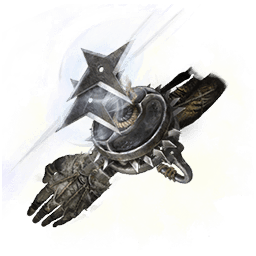 The Phantom Kunai is the next upgrade you can obtain and it works a bit differently. First, it still throws a Kunai (although it is very hard to see), that does about 50% of the damage the standard Loaded Shuriken deals. But it also casts 3 butterflies that lock onto the target and seek it out, with a bit of a delay. These butterflies deal damage whether the target is blocking or not, though the damage will be reduced by about half if they are.

When holding R2 Sekiro will throw the Kunai plus 6 butterflies that lock onto the target, and this operates exactly the same as the standard R2 otherwise. Be sure you are some distance from your target when using the Phantom Kunai, because it takes a second or two for the butterflies to establish their tracking, and some will miss if you are too close to the target. If you plan to use the Phantom Kunai regularly, you’ll want to lean on the “held R2”, because the Phantom Kunai costs 2 Spirit emblems and you need to get as much bang for your buck. 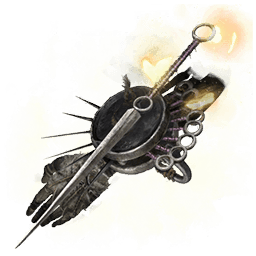 The Sen Throw upgrade is a bit of an oddity in that it uses your Sen to attack the enemy, in addition to 2 Spirit Emblems. These two things combined already give it a bad rapport, and the fact that it has really shitty range doesn’t help either, and all that is before the very misleading explanation of how it works. Let’s break this down so that you can understand the exact mechanics. First, the amount of Sen you are carrying effects the amount of Sen that you will throw, and that is as follows:

You can see by looking at the table that when you are carrying between 250 and 500 Sen you are actually the most efficient with this version of the Tool, however, when you are carrying above 500 Sen you will do the most damage per Sen Throw. Since money is likely not an object to you if you are using this version, you’ll want to make sure you are always carrying a decent amount above 500 in order to maximize its performance. You may even want to farm some Sen now and then if you end up using it a lot.

When we start looking into the damage that this Tool does, it does roughly 30% of the damage that the standard Loaded Shuriken deals per Sen that connects with your target. This means if you hit with all 11 on a Held R2 attack, you will deal approximately 330% of your typical Loaded Shuriken R2 damage value. That might seem like a lot, but when you compare it to how much damage a typical attack of the Kusabimaru does, it’s not that much more.

Another downside is that the Sen is thrown in a horizontal fan, meaning that further you are from the target, the more Sen that will miss. For this reason, this version of the Shuriken works best at point blank range, and it is hard to use a Held R2 when you are that close to an enemy, and you can always just R1 attack at that range anyhow.

With those things in mind, the only real value of the Sen Throw is not in the damage it deals, but its effect on Posture. It does a lot of Posture Damage and can help build it up rather quickly while staggering an enemy, much like the Loaded Axe. To do this, you simply spam R2 as fast as you can when you have an opening, and you should be able to wipe out one entire Vitality bar of an enemy. Also, keep in mind that you can use it while mid-air if you have the Mid-air Prosthetic Tool skill. 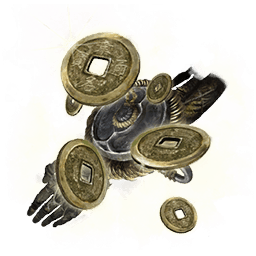 The Lazulite Shuriken is the final upgrade of this Tool, and works the same as the Gouging Top. This allows it to pierce enemy defenses, and hit those in a rectangle around their target. However, this version deals even more damage, making it much more effective. This can come in handy for fights where you are facing multiple enemies and a Boss/Mini-boss at once such as: Juzou the Drunkard, or Lady Butterfly, or Headless Ape. Despite hours of testing I was not able to find any additional properties with this Lazulite upgrade, it appears to just be a straight damage increase. 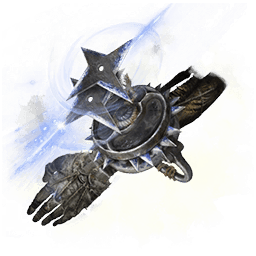 The Spinning Shuriken attack (held R2) only deals about 25% more damage that the default R2 when using the Spinning Shuriken, Gouging Top and Lazulite Shuriken, making its use very situational. This will be used primarily when picking off enemies at a distance, because it is nearly impossible to use in the thick of of battle. Don’t get too hung about this feature, and learn to use the regular R2 mid combat.

Chasing Slice can be used with any version of this Tool, and it is an exceptionally good skill that allows the player to follow up a Shuriken Throw with a slicing attack that has very good range. This allows you to close the gap on your target rapidly, and get you into striking distance. I like to use this against evasive enemies like Nightjar Shinobi, Purple Ninja, Lone Shadow, Lady Butterfly, and other opponents that dodge backwards somewhat often in order to keep up the pressure.

This Tool can be particularly useful in the Headless Ape fight because it allows you to deal damage to the second Ape while staying out of range of the Headless’ attacks. And, while you are unlikely to have the Lazulite version during this encounter, you can still use the Gouging Top to great effect. It will do pitiful damage to Headless, but it can allow you to still hit the Ape when it is just behind Headless, which happens often during this fight.

Lastly, the Shuriken should not be used if the sole intent of the player is to deal Vitality Damage with their Prosthetic Tool. Nearly every other Tool out performs the Shuriken in terms of raw damage, and it’s best to use it to take out weaker enemies, or set you up for a Chasing Slice attack. The utility of this Tool is what makes it useful, not its damage. However, if you are looking to maximize the damage you deal with it, you’ll want to use the held R2 of the Phantom Kunai as often as you can. This requires optimal spacing from the enemy, which isn’t always easy to do, so if you are having trouble with that I recommend using the Lazulite Shuriken.

Stay tuned for more Sekiro Content as we rank all Prosthetic Tools and move on to Guides covering the Combat Arts. And as always, be sure to check out our Boss and Beginner Guides if you need more help with the game!