In this Sekiro: Shadows Die Twice Guide we’re going to be taking an in depth look at the Loaded Axe. This is the ninth of ten such Guides, exploring every facet of these. From explaining just what each upgrade does, to how they can best be utilized in combat. I’ve decided to do the Loaded Axe next because it was the most requested of the two remaining.

The Loaded Axe can be acquired very early on in Sekiro, by heading to the Hirata Estate. To get there you must gain the Young Lord’s Bell Charm from the Old Woman in Ashina Outskirts, and then offer it to the Buddha in the Dilapidated Temple. Once inside the Estate, head forward past the second Idol there, and make your way right, through some buildings. You will come to an area rather quickly with many Bandits near a bonfire. Defeat them and then press onwards, doubling back to open the shortcut. Near the shortcut is another courtyard with 2 bandits talking. In the shrine near them is the Loaded Axe, loot it and give it to Sculptor to receive this Tool. 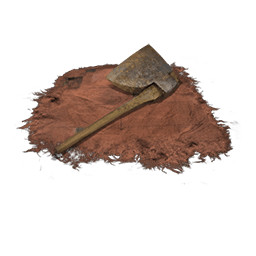 The Loaded Axe is an extremely useful Prosthetic Tool, mainly because it deals excellent Posture Damage to enemies. By pressing R2 you will do an overhead smash attack, that hits like a truck. Although it can also be used to deal with annoying opponents that utilize shields, its primary function is staggering and dealing Posture Damage. The Loaded Axe works so well in some cases, that you can permanently stun lock enemies, never allowing them the chance to be offensive.

The biggest downside to this Prosthetic Tool is that the wind up is rather lengthy, giving enemies an opportunity to strike you mid swing. Thankfully, the attack of the Loaded Axe comes with a substantial amount of “Poise”, that prevents you from being staggered by all but the strongest of attacks. However, it is hard to use this tool with regularity without taking some damage, so be sure to keep your Vitality topped off just in case. 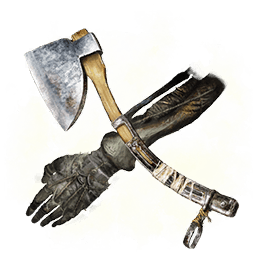 The Spring-load Axe works much the same way as the default version, however, it allows you to spin with the axe by holding R2. If you then press R2 again you will spin once more, consuming 2 more Spirit Emblems. You can continue to spin by repeatedly pressing R2 until you have no more Spirit Emblems, or until you stop pressing R2, at which point you will do the overhead smash attack. This attacks is good against groups of enemies and single targets alike, as it can stun lock them for an extended amount of time. Note that the damage from the spin attack is the same as that of the smash. 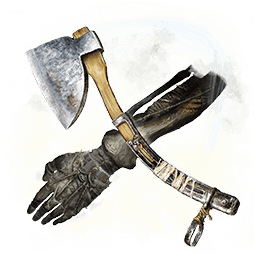 The Sparking Axe works in an identical manner to the Spring-load Axe, only it can set the Burning Status Abnormality, and deals about 25% more damage. Since setting enemies on fire prevents their Posture from regenerating, and this weapon focuses on Posture Damage, this is a very very good upgrade. In addition, enemies tend to stagger for a couple of seconds when they obtain this Status, giving you even more time to get in some attacks. Note that this version of the Loaded Axe was reduced to 2 Spirit Emblems per attack (from 3) in the 1.03 Patch.

When combined with Oil you can set the Burning Status Abnormality faster on all enemies, but not a whole lot. It’s definitely worth using, but not unless you have an abundance of it and a clear opening to use it. This doesn’t usually happen after the beginning of combat, so it’s best to lead with Oil and then not worry about it while pressing the attack.

The Lazulite Axe is a bit of a strange upgrade because, unlike the Lazulite Sacred Flame, it isn’t effective in the slightest against Apparition-type enemies. In fact, it’s actually ineffective and you can’t use it at all against them whether you want to or not. The main reason to upgrade to this version is become the increased damage it deals vs. the Sparking Axe, it deals chip damage through blocks, and because it can be used very effectively against Illusions.

The Lazulite Axe, for all intents and purposes, has the exact same effect as that of the Snap Seed. This means it can be used to great effect against the Illusions you will find around the game that appear seemingly out of nowhere to attack you. It is also highly efficient in the Lady Butterfly fight when she summons her Illusions and against the Corrupted Monk in Mibu Village, but you will not have this the first time you face them, making this much more useful in New Game Plus. Note that this version of the Loaded Axe was reduced to 2 Spirit Emblems per attack (from 3) in the 1.03 Patch. 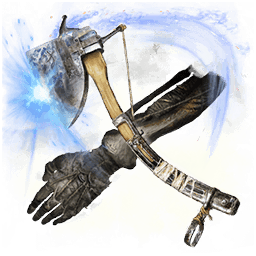 I highly recommend using Ungo’s Sugar if you plan to use the Loaded Axe frequently, as it is hard to pull of successful attacks without taking damage. The best use of the Axe is being aggressive, and this means you will be hit. Ungo’s Sugar can reduce the damage you take when this happens, allowing you to continue your assault uninterrupted. 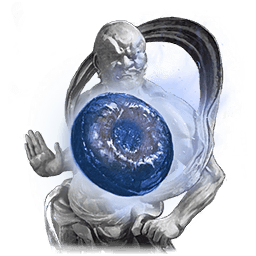 Fang and Blade can be used with this Prosthetic Tool, and it deals a decent amount of damage. It allows you a follow up attack after using the Loaded Axe, but one that is very slow and one that is likely to get you hit. For this reason I don’t recommend taking this Skill until you’ve obtained at least the Spring-load Axe. This will allow you faster attacks in between your R2s with the default version, until you can just use the “spin to win” strategy. Fang and Blade is very situational, and definitely not a must have for this Tool.

One important thing to note about all versions of the Loaded Axe is that the Posture Damage they deal is all the same. And since they all have the same Spirit Emblem cost, only damage and utility will come into play when deciding which Axe to use. While the Sparking Axe deals less damage than the Lazulite version, the Burning Status catches it up on enemies that have larger Vitality bars like Mini-bosses and Bosses. This means you can use either be default, but you’ll want to switch for those weak to Burning and when facing Illusions.

Consider using a Pellet or Rice before starting your aggressive combo with any version of the Axe, as they will heal you for Vitality over time. This will help to offset some of the damage you will likely take, and just like with Ungo’s Sugar, allow you to keep on swinging for longer. 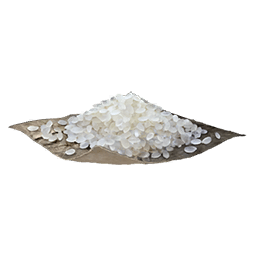 Lastly, the jump attack of the Loaded Axe has a shorter animation than the standard R2, so consider using it out of the air if you can. This will help you get hit less often if you aren’t just spinning to win. You’ll need the Mid-air Prosthetic Tool skill in order to be able to do this, so be sure to pick this one up when you can.