In this Sekiro: Shadows Die Twice Guide we’re going to be taking an in depth look at the Flame Vent Prosthetic Tool. This is the fifth of 10 such guides, exploring every facet of these. From explaining just what each upgrade does, to how they can best be utilized in combat. I’ve decided to do the Flame Vent next, due to the recent patch.

The Flame Vent can be acquired very early on in Sekiro, by heading to the Hirata Estate. To get there you must gain the Young Lord’s Bell Charm from the Old Woman in Ashina Outskirts, and then offer it to the Buddha in the Dilapidated Temple. Once inside the Estate, head forward past the second Idol there, and make your way right, through some buildings. You will come to an area rather quickly with many Bandits near a bonfire. Loot the Flame Vent from the bonfire and give it to the Sculptor to receive this Tool. 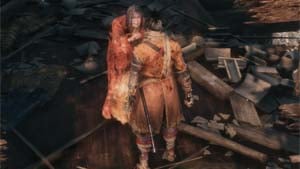 This woman will give you the Young Lord’s Bell Charm, so that you can get to Hirata Estate.

The Flame Vent, like most Prosthetic Tools, is much more useful on certain enemies than others. However, you can set the Burning Status Abnormality on just about any enemy, dealing Vitality damage over time and preventing Posture regeneration. This makes the Flame Vent one of the better Prosthetic Tools in Sekiro. To use the Flame Vent, simply press R2 near an enemy to deal Burn Damage with the Fire Breath attack.

Not all enemies catch on fire with one attack, and some will need 2 or more to gain the Status Effect due to their resistance to Burn Damage. When trying to apply this Status Abnormality, keep in mind that you are trying to fill a bar, much like what happens to you when you take Burn Damage. The size of this bar varies with each enemy, and, like players, they lose Status Abnormality build-up over time. So, if you wait too long between attacks with your Flame Vent, you may not apply the effect. 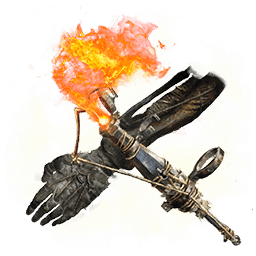 The Spring-load Flame Vent is the first upgrade, and it’s a very good one. This version of the Tool not only deals about 50% more damage than its predecessor with a regular R2, it also allows you to hold R2 to do a much more powerful Flame Blast attack that will push you backward, knock the enemy down (if it can be), and likely set them on fire in one blast. This attack has a longer wind up animation, making it harder to pull off, but does 2x the damage of the normal R2, and that is before you include the damage the Burning will do. 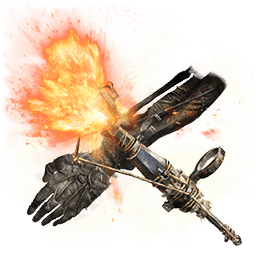 Okinaga’s Flame Vent allows the player to Hold R2, after pressing R2 once, to do a Flowing Flames attack. This continuously spits fire at the enemy as long as you continue to hold R2, dealing constant Burn Damage to enemies. This attack consumes 6 Spirit Emblems initially, and then consumes 3 Spirit Emblems every 4 seconds. If you have less than 3 Spirit Emblems left while holding R2, you will simply stop spewing fire.

What’s really great is that you can walk while doing this attack, allowing you to create some spacing between you and the enemy, preventing you from getting hit longer while doing this. You don’t have any poise while performing Flowing Flames, so this is a difficult attack to pull off without eventually getting hit. For this reason, I strongly recommend not using this attack, unless you are sure you can’t be. 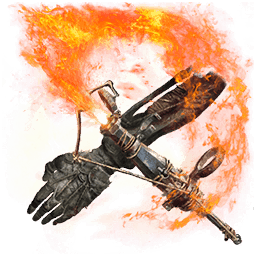 The Lazulite Sacred Flame works much the same way as Okinaga’s Flame Vent, but it instead uses a blue flame that deals more damage. This is particularly true against apparitions, where it is even more effective, and is what this Tool was intended for. The downside of the Lazulite Sacred Flame is that it cannot set the Burning Status Abnormality. And even though the initial hit of the Flame Vent is higher, it does less damage overall when you factor in the Burning effect caused by Okinaga’s Flame Vent. For this reason, you will likely not use it against anything other than apparition type enemies, where the increased damage against this enemy type nudges it ahead anyway. Note that the damage of this Tool has been increased since the 1.03 Patch. 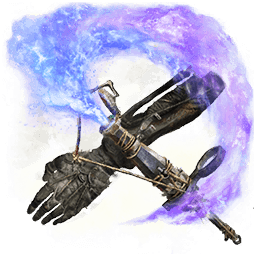 Using Oil on enemies in conjunction with the Flame Vent can improve results of this Tool. Not only will enemies be set alight more easily, but they will take increased damage from your next fire-based attack. If you’re planning on using the Flame Vent regularly, you’ll want to be sure to have a steady supply of this item. Please not that the Lazulite Sacred Flame does note consume the Oil of the enemy, and does not gain increased damage from Oil.

The Flame Vent is particularly effective against enemies with Red Eyes, as they are  very susceptible to fire. These included Chained Ogre, Ashina Elite Ujinari Mizuo and Jinzaemon Kumano (if you sent him to Doujun). In addition, although he does not have Red Eyes, the Guardian Ape is very weak to fire and will be stunned for a good amount of time when the Burning status is applied. You can take down almost his entire phase 1 health bar just using Flame Blast.

Ogres hate fire, so give em a taste if you’re having trouble.

The Flame Vent can also be very useful against enemies whose Posture Gauge fills rapidly due to their aggression. These types of enemies often recover their Posture quickly as well, but the Burning status will prevent this from happening, speeding up these fights. These enemies include Lone Shadow Longswordsman, Genichiro Ashina, Great-Shinobi Owl and Isshin, the Sword Saint, among others.

The distance you are from the target you are attacking with Flame Blast will effect the damage it does. The further away you are, the less damage the initial hit will deal, until you are out of range and do zero. Make sure when using Flame Blast that you are as close as possible to the target for maximum effectiveness.

The Living Force skill can be used with any version of the Flame Vent, and allows you to coat your blade in fire for a short time. This is done by pressing R2 and then R1 quickly after. Attacks while your sword is coated deal more damage, and can set the Burning Status Abnormality. This is a very situational skill because the duration is not very long, meaning if you can’t attack immediately after coating then you will not get much use out of it. Note that when using the Lazulite Sacred Flame with this skill your blade gets the same coating as Divine Confetti, and cannot set the Burning Status Abnormality.

Living Force combined with the Sacred Flame upgrade gives you Divine Confetti for a short time.