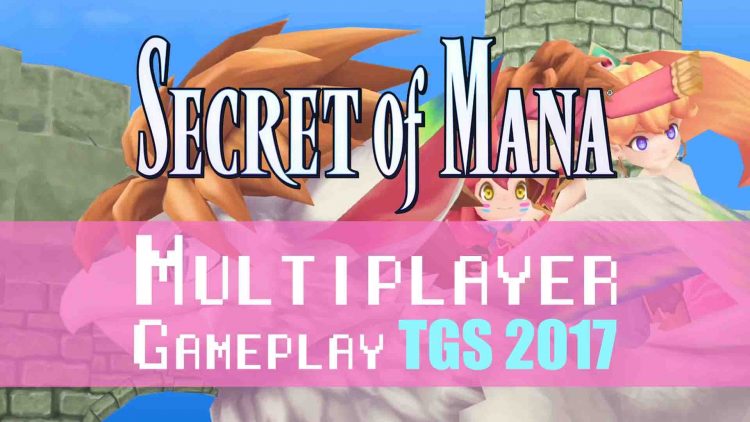 At a special panel during the Tokyo Game Show 2017, Square Enix showcased new gameplay of their upcoming 3D remake of Secret of Mana.

Secret of Mana – Play With Friends!

In this recent video from TGS 2017, we’re treated to gameplay of the local multiplayer component and single player portion in Secret of Mana.

Secret of Mana  or Seiken Densetsu 2: Secret of Mana  as it’ll be known in Japan, will feature completely overhauled 3D graphics as well as revamped gameplay, and a newly-arranged original soundtrack.

Its also been reported that the Secret of Mana  remake may include ‘online’ multiplayer, where up to three players can join.

Below, you can check out the hour-long panel presentation for Secret of Mana:

Secret of Mana  is set to release for the PlayStation 4, PlayStation Vita, and PC via Steam on February 15, 2018.

If you’d like to see more, you can check out this batch of screenshots for Secret of Mana  that features some of the games beautiful art-work. You can also watch the announcement trailer of the upcoming remake along with even more screenshots to boot!