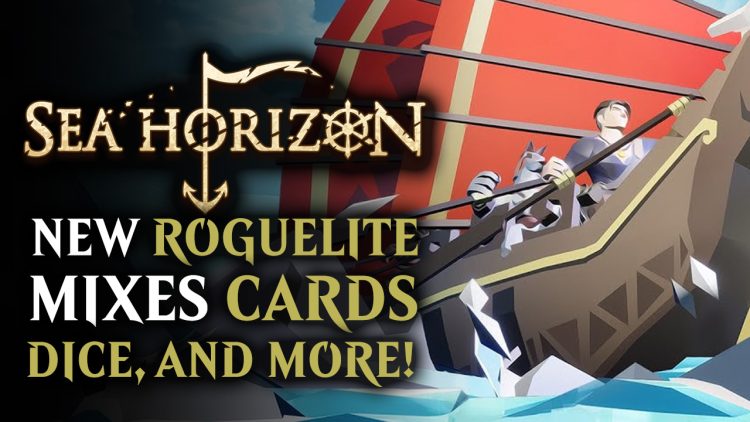 Sea Horizon is a Turn-Based Roguelite that Mixes Cards, Dice, and Survival

Roguelites have become all the rage quite recently, becoming popular for the infinite replayability, challenging combat, and the fun of unlocking everything there is to games. We also have a resurgence in games of the genre that are trying new things. See Cult of the Lamb, which melds the tried and tested formula with adorable graphics, eldritch horror, and city management. The upcoming Beneath Oresa is like Slay the Spire except that the player’s character actually acts out the moves that the cards you have in hand describe.

The deadly seas are also a popular destination in the genre. Coming in November is Ship of Fools which adds the FTL (or Faster than Life) formula of tense ship management into the mix. 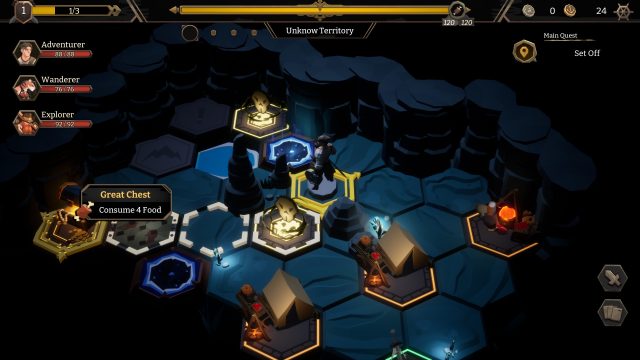 Today though, we take a look at Sea Horizon. This promising young indie game has actually been available on Steam since May, but in Early Access. It was recently announced that the game will be released on the Nintendo Switch this October, and for the rest of the consoles in 2023.

Sea Horizon is a Roguelite that features turn-based tactical combat. At a glance, it immediately looks like Ruined King: a League of Legends Story or Slay the Spire due to its camera perspective in combat. One might even think of Darkest Dungeon or the more recent Circus Electrique because of how the player’s party and the enemies are positioned in a line. 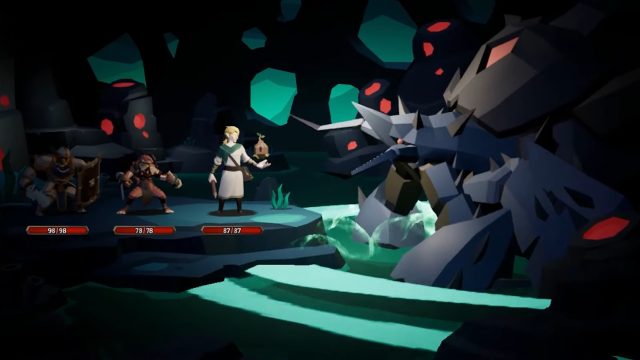 Perhaps that’s where the similarities end, as artistically, it looks quite unique. Sea Horizon adapts quite a visually pleasing artistic design. It has big and bold colors, with characters and backgrounds clearly defined. Each and every element, even the user interface, seems to “pop” out and scream “look at me”, but in a good way. 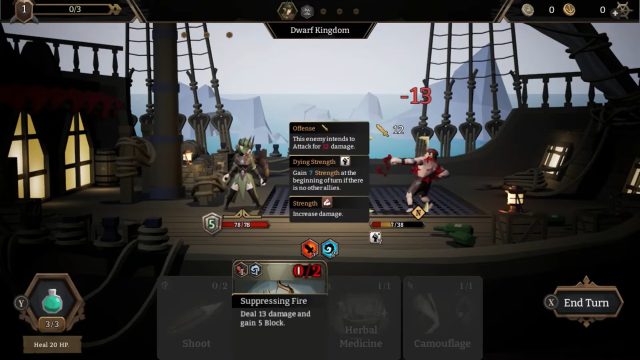 Everything looks pleasing to the eyes due to its softer definition, rather than harsh.

It’s a Pirate’s Life for Me

Sea Horizon has players explore the land (or more specifically, the Islands) of Myrihyn. As the continent has been shattered into hundreds of separate isles, traveling by ship is the best and only way to travel effectively. As such, players will explore a hex-based overworld that represents Myrihyn which is always shrouded at the start of a run. The world will be procedurally generated to keep things fresh each time you play. 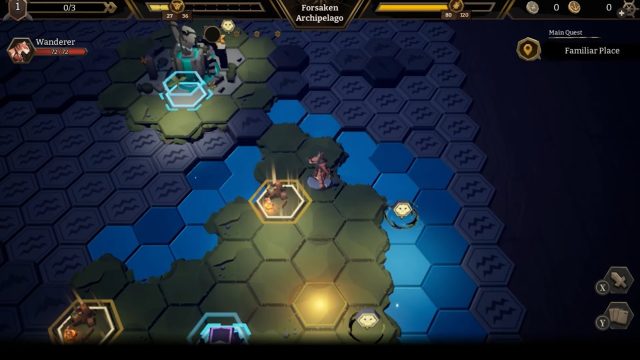 As you begin to uncover more of your surroundings, players can get to explore individual islands with points of interest. There, they will delve into dungeons, fight monsters, and collect riches. However, explorers need to take their health and hunger into consideration. 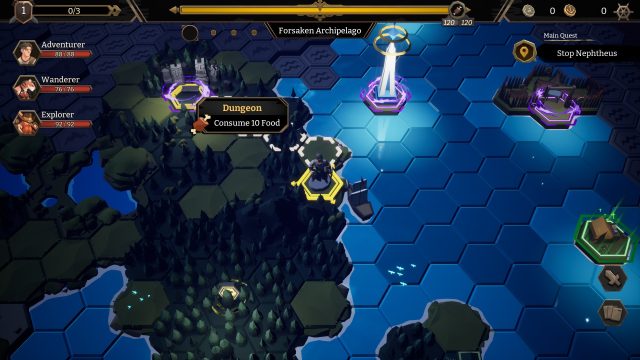 Gotta Take Care of the Food

Like other Roguelites, it seems that health won’t be too easy to regenerate once your heroes start taking damage. The added food mechanic also ensures that players are properly stocked up and ready before they sail off into the unknown.

Combat in Sea Horizon is turn-based. It isn’t clear just now if there will be a stat to determine action order, or if it’s completely random and up to the die. Players and their characters will draw cards that correspond to the attacks and actions that they can do in a given turn. 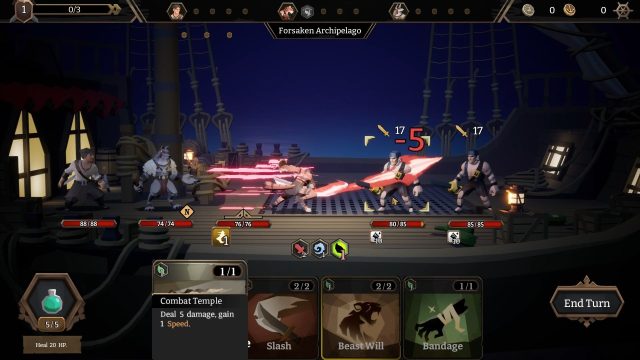 It looks like it will be a bit more nuanced than Slay the Spire, as characters lose and gain special dice whenever they cast spells. For example, the ability “Leaf Storm” seems to cost 2 of some sort of Wind dice resource to use. On the other hand, Naturempulse deals damage, and grants Wind Dice but costs 2 Leaf Dice. 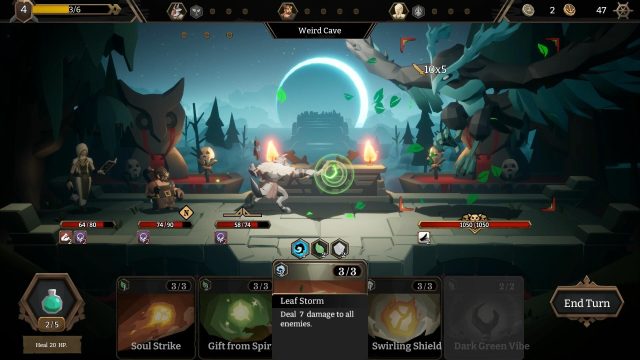 The system looks like a good way to increase the depth of combat. If done well, it could steer characters away from just using their strongest nukes. Encounters can and will be shaken up more from time to time. Hopefully, the Dice Resouce doesn’t get too cumbersome in the long run. 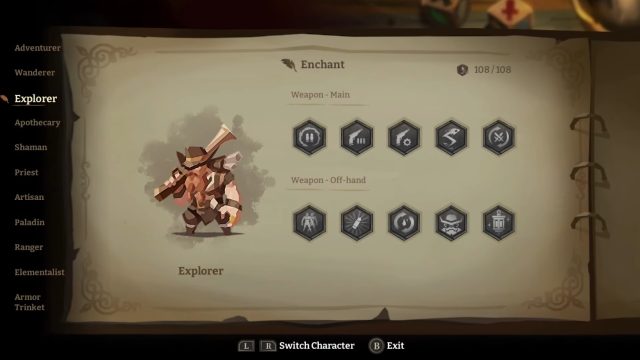 Aside from that, players will be able to recruit different character classes that have different specialties. Based on some early screenshots, there are a ton of starting classes. The Adventurer, Wanderer, Explorer, Apothecary, Shaman, Priest, Artisan, Paladin, Ranger, and Elementalist seem to be initially available. 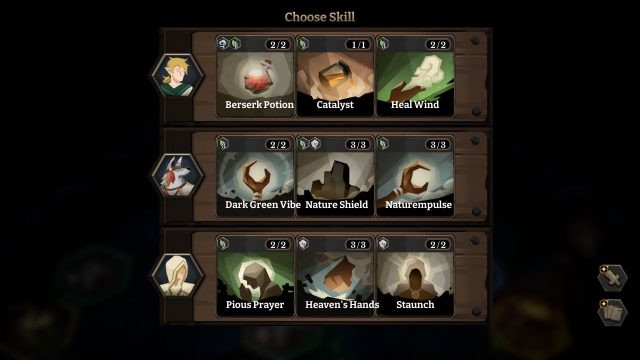 Each of these heroes can also be fully equipped with the best weapons, armor, and trinkets that you might come across in your adventures.

Sea Horizon has been available already on Steam in Early Access for quite some time. It will also be released on the Nintendo Switch on October 20, which can give a hint that the full game will also release on Steam around that time. Other consoles will have to wait till early next year to be able to sail through this roguelite.