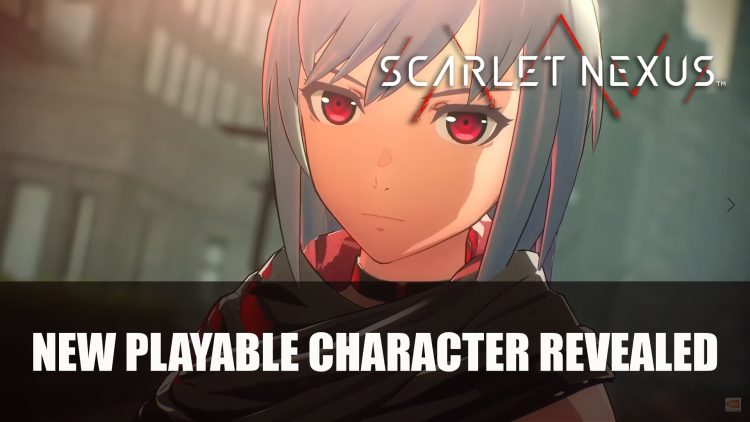 Bandai Namco have revealed a new playable character for the “Brain Punk Action RPG” Scarlet Nexus. During the Tokyo Game Show presentation which took place in digital format this year over the weekend. They revealed a new character Kasane Randall, who uses a mix of projectile weapons with psychic powers to fight against The Others, strange enemies that have bizarre forms.

It also revealed some of the backstory for Kasane, who is an orphan who grew up under the powerful adoptive family Randall. Now an elite super soldier, she’s proficient in fighting skills. Both Kasane and Yuito are supported by various party members, such as Gemma Garrison, Luka Travers and Tsugumi Nazar, who can coordinate their abilities to take down formidable foes.

Scarlet Nexus takes place in the distant future where psionic hormones have been discovered lurking in the human brain, giving people some extraordinary powers, but also altering the world from what it once was. But a new threat has now descended onto the world in the form of the Others, strange entities that crave human brains and come in a number of mutant forms. These enemies are not weak to usual weapons, but can only be penetrated with the use of extra-sensory abilities, wielded by psychics. These psychics now make up humanities last hope, the Other Suppression Force.

Scarlet Nexus promises to be a fast-paced game with RPG elements, similar to NieR Automata but with a Code Vein visual. If you want to know more of what we think about the game, check out our Scarlet Nexus Gameplay Preview: More Nier Automata Than Code Vein.

Scarlet Nexus will release on Xbox Series X/S, Xbox One, Playstation 5, Playstation 4, and PC via Steam. There is no release date as of yet.

For more news be sure to check out next Wasteland 3 Developer InXile Are Already Working On Their Next RPG.