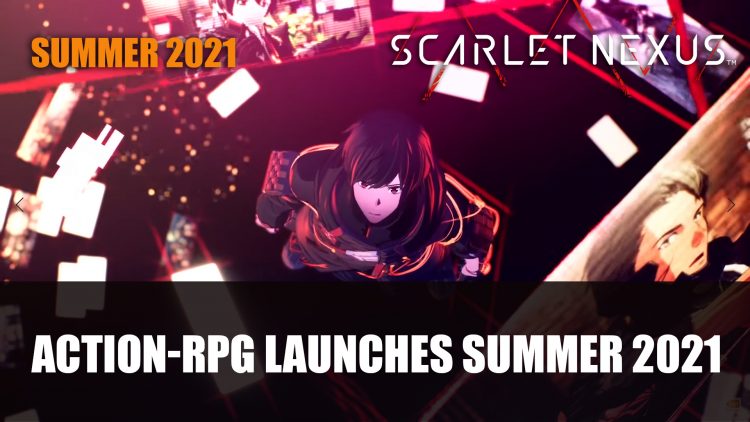 A brand new trailer dropped for Scarlet Nexus during The Game Awards 2020, featuring the Action-RPG’s characters, some gameplay and the announcement the game would be releasing in Summer 2021.

The footage shown runs for just two minutes, taking a closer look at the title’s protagonist duo, previewing different perspectives each will have as they “connect as one”. Scarlet Nexus will be releasing next year in summer, for platforms PC via Steam, Playstation 4, Playstation 5, Xbox One and Xbox Series X|S. The trailer was also tagged with “Smart Delivery” meaning the RPG will be have backwards compatible support between cross-gen consoles, PS4/PS5 and Xbox One/Xbox Series X|S.

Scarlet Nexus promises to be a fast-paced game with RPG elements, similar to NieR Automata but more similarly to Code Vein visuals in terms of anime artstyle. If you want to know more of what we think about the game, check out our Scarlet Nexus Gameplay Preview: More Nier Automata Than Code Vein.

The trailer reveals more about the story and how characters are connected. Scarlet Nexus follows main characters Kasane Randall and Yuito Sumeragi depending who you choose for your playthrough, who both have psionic powers to fight off the Others. The trailer also shares that the Red Strings are connected to different characters’ abilities, which can be borrowed, taking on their special abilities in battles.

Scarlet Nexus will release on Steam, Playstation 4, Playstation 5, Xbox One and Xbox Series X|S in Summer 2021.

For more TGA 2020 news be sure to check out next Elden Ring Wins Most Anticipated Game At TGA 2020 But No Announcements and Dragon Age 4 Teased Once Again With New Trailer.