We had the opportunity to go hands-on with an Early Access version of the Scarlet Nexus Gameplay Demo that players can download right now on Xbox, coming to Playstation next week. In this Hands-On Scarlet Nexus Preview, we will be sharing everything we learned about the title and what we think of the game so far. Does Scarlet Nexus have Character Creation? How is the Combat? What is the game about? Should I buy this if I liked Code Vein? Read on to find out!

The Scarlet Nexus Demo will treat you to about 2-3 hours of content, giving you the option to play two different characters. As we mentioned in our previous preview and first look articles, the game does not feature a character creator and you will instead be playing as the fixed protagonists.

This will be somewhat disappointing to Code Vein fans as that game had fantastic character customization, but since this is a story-driven game, it makes some sense to have set characters. And what’s really cool about this, is somewhat similarly to Nier, the main characters’ stories will interweave and you will get to see things from both points of view, though you cannot see how just yet in the demo. 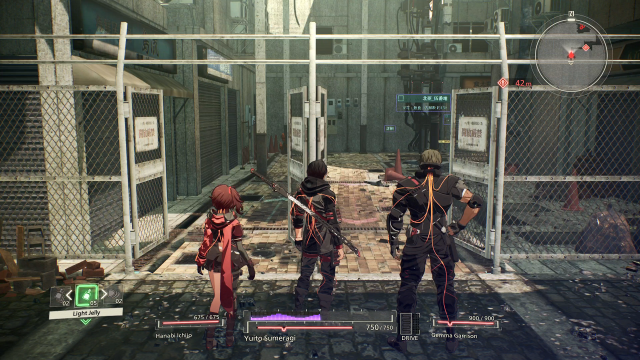 So what on earth is “Brain Punk”?

When we initially talked with Bandai Namco, they described the game as a “Brain Punk Action RPG”, hoping to distinguish their originality from the “cyberpunk” or “steampunk” genres. Brain refers to a central power and punk to a “rebellious” streak. The two come together to form a vision of 1990’s Japan, where something changed and history as we know it deviated and went its own way.

It was hard to understand what they meant by this at the time, but after a few hours with the game you’ll get the concept and realize it fits really well. Scarlet Nexus is focused on psycho-kinetic abilities such as Teleportation, Invisibility, and Pyrokinetics, as well as Telekinesis that allows you to grab and throw objects in the environment. The pseudo-futuristic setting does give the game a “punk” feel, and the fact that your life is played out in a form of augmented reality via brain connections gives it a unique flair. 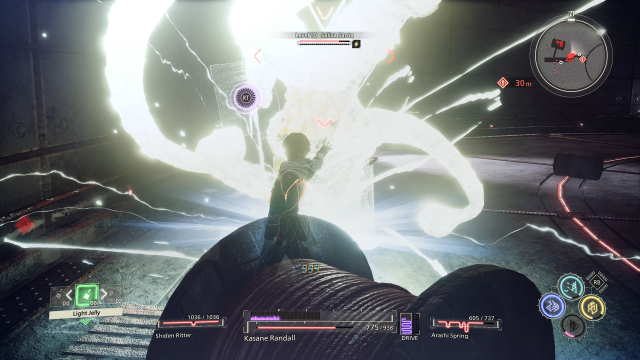 Scarlet Nexus is set in a world where, in the 1990’s, humanity discovered psychic connections. This led to completely different technological advancements versus what the real world has. For example, in Scarlet Nexus, you don’t need to control your electronics with your voice – you simply do it with your mind. Overall, the game has a light “retro” feel, sort of like how the Fallout series evokes the 50s, resulting in a familiar but different Japan with augmented reality where all of its inhabitants are part of “Psynet” and connected to the “internet of things”.

How is the Gameplay and Combat in Scarlet Nexus?

I was originally expecting something more like Code Vein, but as more information was released I revised that expectation to be more along the lines of Nier Automata. This is still far-off, actually, as the gameplay and combat of Scarlet Nexus is unique, original, and above all FUN.

The tutorial misleads you into thinking that you’ll be mashing the attack button and maybe mix in some aerial combos and ram some trucks into your enemies, but you soon find out that it’s the interactions with your party that makes all the difference. These interactions, almost like tagging in in a 2D fighting game, are what really separate Scarlet Nexus from other Action RPGs. That’s not to say it’s never been done before, but it feels oh so good in Scarlet Nexus.

Thanks  to your OSF connection, your character will link with other members of your party and add their abilities into your own pool, giving you their special talents. This can come as a shield that negates all damage, or add fire element and burning to your attacks, or even let you teleport through solid objects. The implementation of these abilities is fluid and exciting, and it made for a really enjoyable fighting experience, as I could mix and match attacks, dash around seamlessly and (of course) ram cars into monsters’ faces…who doesn’t love that? 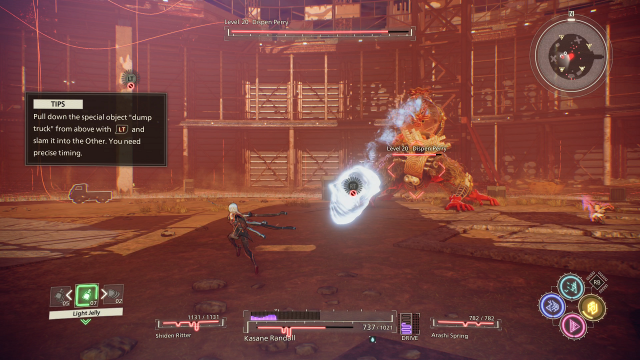 The well-designed character interactions, power ups and joint abilities makes for a very engaging combat loop that did not get stale throughout my several hours with Scarlet Nexus, but instead made me excited to see what the full version of the game would feature.

Gameplay seems to consist of exploring a landscape under attack by the “Others”, gathering data and items and obtaining experience (Brain Points) to expand your attack arsenal and level up your skills. But there’s also a party element, with communications from team members coming in and your interactions and bonds with them enhancing accordingly, which will also upgrade the abilities you share. Imagine if you were playing a Final Fantasy game, but instead of seeing all party members on screen they spoke to you as you explore, and you could use their abilities in addition to your own. It actually reminds me of Genshin Impact in some ways even, with it’s own style and flair.

The game features 3 difficulty levels, allowing you to adapt your challenge to your liking, and I found medium to be reasonably balanced. My party did take damage from the armored enemies in the later part of the demo, and I had to make good use of my quickslot items to get some heals in before one of the status effects wiped me out. How this challenge translates to the complete game remains to be seen, but overall I’m looking to have fun with my combat and this was giving it sufficient meat to keep me going without creating an optimization wall. 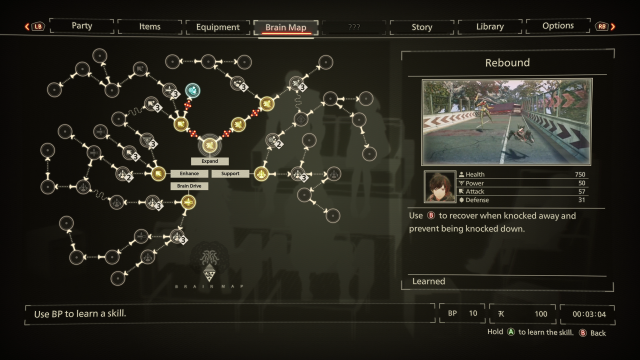 Overall the demo plays out very smoothly with no framerate or performance issues, in spite of the many effects on screen and the high amount of interactivity of the environment. You can move anything from bicycles to cars, vending machines, benches, and even use special large objects like statues and electricity towers as giant clubs to perform unique and devastating combos. Scarlet Nexus might be one of the most stylish and flashy games I’ve ever played when it comes to combat, and damned if it doesn’t look and feel good.

So what can you Expect from Scarlet Nexus?

Scarlet Nexus plays very much like an anime, which for me is a good thing. Cut scenes are done comic-style, but they aren’t the only aspect that progresses the story. Your character will have on-screen interactions with party members as you explore and fight, and your menu will receive timed communications that you can opt to reply to and engage in further content. From what we saw from previous content reveals, you can expect side activities that flesh out the backstory and supporting cast.

There seem to be cosmetic and equipment options for you and your party, as well as many “data” items that presumably will give you context on what is going on in the world. This is good news for me as I like to tinker and customize, so I will surely enjoy discovering the best party combinations and uncovering the motivations of my companions. It is also likely that you will gain other companions as the story plays out, and what abilities and effects they have could really add to the already decent variety Scarlet Nexus possess. 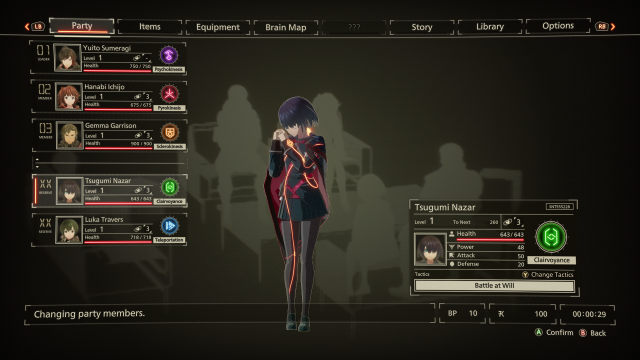 I started playing the Scarlet Nexus demo somewhat unsure of what to expect. Would I be playing a Code Veinish game? Would it play more like Nier? What would the differences and similarities be? The minimalistic UI and augmented reality created a strangely busy screen, and the bizarre enemy designs had me truly confused when I first started. However, as the demo played out, I found myself getting absorbed by the fast and furious combat and trying to optimize and perfect the combos with the same eagerness as when I play Devil May Cry. I even spent some time trying to figure out how to reach a seemingly inaccessible object, despite there not being a clear payout for it, so the exploration lure for the maps is certainly there to some degree.

By the time that the “Thank you for Playing” rolled and the music video for the main theme of the game “Dreaming Drive” by The Oral Cigarettes started playing, I was already catJAMMING in my head from how pumped the combat had made me. An excellent anime preview feel gives you a glimpse at the main theme of the story: our connection to others. And I can’t wait to be connected to Scarlet Nexus, because I really think it’s going to be a lot of fun. 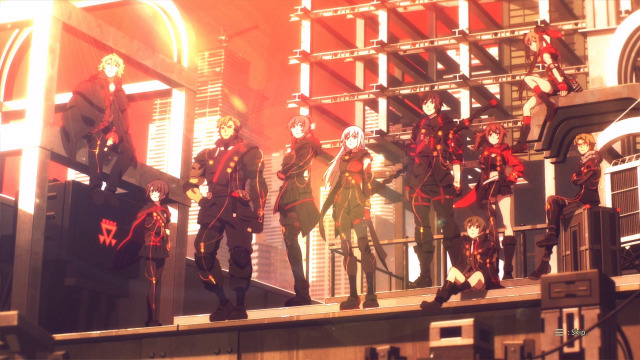 As we mentioned, the demo is currently available to Xbox players, coming to Playstation next weekend. If you like anime, and fast and engaging combat with a twist then I highly recommend checking out the demo and seeing it for yourself.

Scarlet Nexus releases on PlayStation 4, PlayStation 5, Xbox One, Xbox Series X and Series S, and Microsoft Windows (via Steam) on June 25th, and you can expect more coverage from us about the game as we get closer to launch!