In this Salt and Sacrifice Guide: Top 10 Tips For Beginners, we are going to go through the best beginner tips and tricks that you should know in order to complete your playthrough with maximum efficiency. I’ll be talking about resource management, crafting and explain you how to unlock and use Runic Arts.

Salt and Sacrifice is a 2d Soulslike developed and published by Ska Studios. Your play as a Marked Inquisitor trying to redeem your crimes by purging evil Mages from the Kingdom. The game is available on PC and PS5.

Please not that this is a sponsored article. Sponsored articles are only sponsoring coverage. Our opinions and viewpoints remain our own, and our unaffected by any relationships with developers or publishers.

Like any other Souls game, Salt and Sacrifice has a huge emphasis on combat. Using the correct equipment and managing your resources is key in order to keep up with exploration, so we are going to start by pointing out how to craft and improve your Hunter Tools.

Hunter Tools are special consumable Items that you can craft while exploring the map. These include Hearthen Flask (Healing Potions), Haze Decoction (Mana Potions), Ammunitions and a variety of offensive potions that you can throw on enemies to inflict elemental damage.

Hunter Tools can be unlocked by bringing new materials that you find to Trista. You can find her standing next to the Hunter Tool Upgrade Table east of town. The upgrade table allows you increase the maximum amount of Hunter Tools that you can carry at a time, but it won’t increase their efficiency. 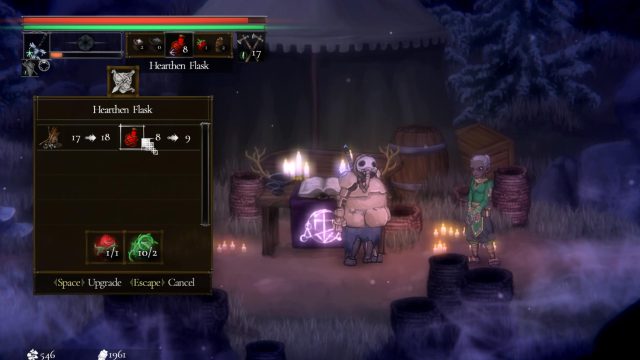 I highly recommend that you collect everything you find on your journeys, even if you are not currently using that particular item. The amount of Hunter Tools that you use will increase as you progress further into the game and you’ll find yourself short on these if you do not. 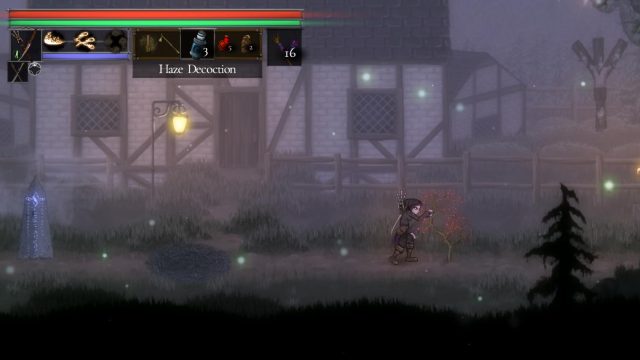 Potions are a key aspect of the game and you might find yourself running out of them when constantly dying to a boss. In this case you can farm basic materials by defeating Hazeburnt Enemies and collecting their ashes (note that these only spawn during Mage hunts). Another alternative is buying materials from merchants in town.

Leveling up, Skill Tree and Runic

You are not forced to spend your Starstones when leveling up, so feel free to save them for later if you are not sure what type of equipment you want to use next. Some Nodes can also require 2 or 3 Startstones to be unlocked, so make sure to plan accordingly. 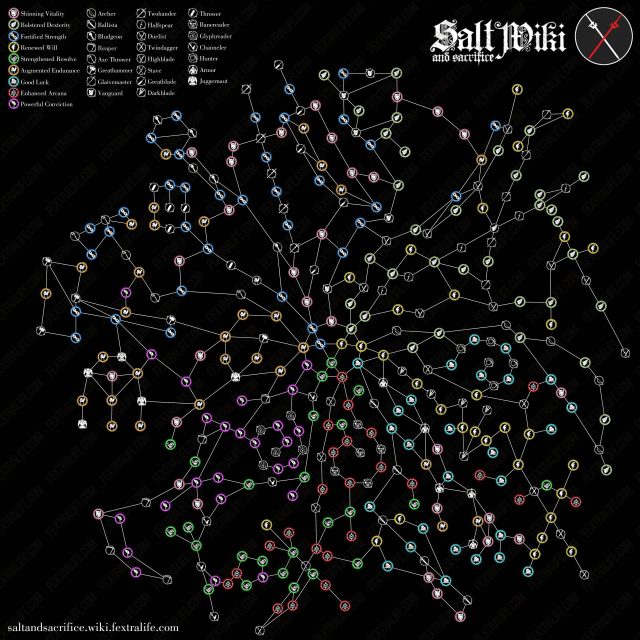 While the Skill Tree can be overwhelming at first glance, it’s actually very simple to understand. There are two types of main nodes, Stat Nodes and Class Nodes.

Weapons and Armor don’t have requirements other than unlocking their respective Skill Tree Nodes. You can use any weapon or armor even without unlocking its node, but you’ll suffer from several stat penalties.

Runic Arts are one of the most important features of the game and depending on your starting class they might pass unnoticed at first. As an Inquisitor, you won’t be able to use magic, but you can acquire Skills from weapons. When hovering over a weapon you can browse over the different tabs to check what Runic Arts it provides. These skills are fixed for each weapon and cannot be swapped.

In order to use a Runic Art, you’ll first need to unlock its corresponding Skill Tree Node. There are two Runic Art branches, one for Divine Glyphs and one for Forbidden Glyphs. Both of them can be found on the lower middle part of the Skill Tree. 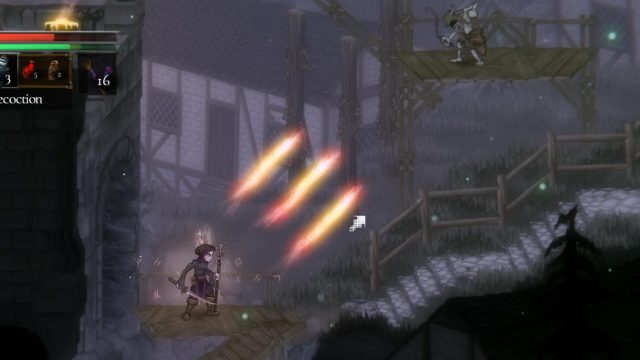 While hovering over a Runic Art you’ll be able to check the type of Glyphs it possesses and its Class. If you don’t meet the requirements you won’t be able to use that Runic Art, but it won’t affect the Stats of the Weapon in any other way.

I highly recommend that you unlock both branches to their Max level so you can try all the different Runic Arts and discover which ones fit best with your playstyle, in many cases these are more important than the stats of the weapon itself.

Each Mage you fight provides the materials to craft a different type of set. When defeating Mages and their respective minions, you’ll notice that they drop crafting materials. As soon as you pick up one of these materials you’ll be able to see the complete crafting list related to that boss by visiting the crafting table located west of town. This list is always comprised by a full Armor Set that can be either Light or Heavy, One Amulet, One Ring, One Dagger and a variety of Weapons. 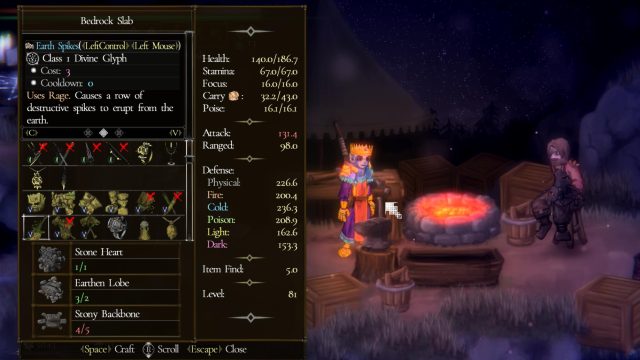 Mage fights become increasingly harder and your equipment can become obsolete very quick. When fighting new mages always travel back to town and check if the new set has something that you can use to improve your arsenal. Minions also drop materials, so you can restart the mission and farm the minions if you want to craft something before facing the Mage itself.

Enemies and mages will often drop Upgrade Materials, which are called Ashpyrs. There are five different Ashpyr elements, and they all comprised by levels one to five. You can spend Ashpyrs to upgrade your Weapons and Armors on the Enhance table located right on the east part of town.

Both Weapons and Armor share the same types of Ashpyrs and each piece of equipment requires a different combination of elements and levels. These stones can only be acquired as loot and are hard to come by, so make sure to only upgrade equipment that you know you’ll be using in the long run. 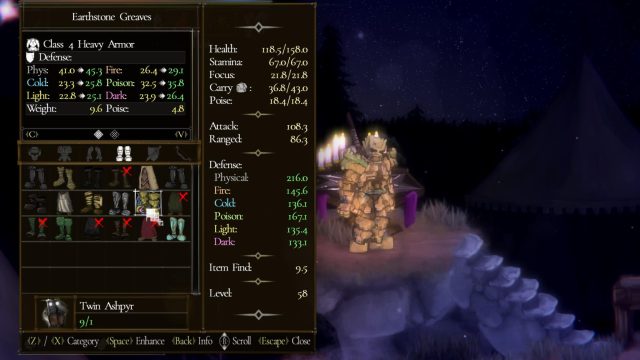 I also highly recommend that you focus on upgrading your Weapon first as this will greatly increase your combat capabilities. When it comes to armor, focus on increasing your Chest and Pants first, as these parts provide a lot more defensive values than Helms or Gloves so you are actually getting more stats for your investment.

I highly recommend that you try out different Weapons and constantly tinker your builds with new Amulets, Rings, Daggers and Artifacts. It’s easy to get tunnel vision with your current build setup, but trying out different things as you get more experience might provide you with different options. For example you might use a ring that provides you with more health at first, but then change it for a different perk once you feel more confident with your HP or resistances. 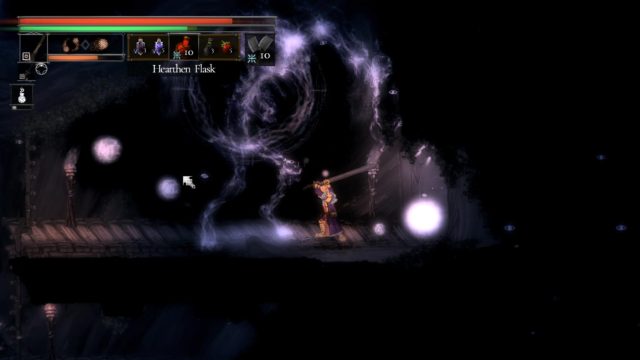 It’s also worth mentioning that you can have two different Weapons equipped at the same time and that you can quickly switch between them during combat. For this reason, its best to invest into two different Weapon Branches that might complement each other to have more options during boss fights. A good example would be to invest in Twin Daggers for quick and close attacks and also invest in Glaives for better range and more damage per hit.

Spend your Silver and Salt

You’ll gather both Salt and Silver while you are exploring the map but you won’t be able to spend it until you return to town. Like any other souls, you’ll drop your currencies when you are killed in combat and will need to run back to your corpse to retrieve it.

With exploration being the focus of the game, you’ll often play for a long period of time without even thinking about returning to town. At some point you’ll face a Boss or Enemy that you can’t defeat and by dying two consecutive times you’ll lose all of your currency. 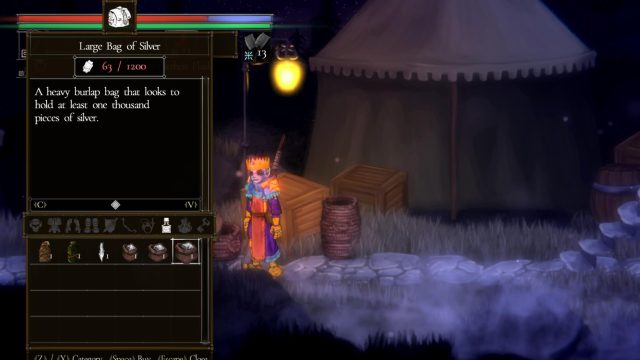 For this reason, it’s important to know when to return home to level up your character and spend your silver. For me, the best time is just after defeating a Mage and just before facing one. Mages drop a tremendous amount of Salt, so it’s important to return to town and spend it without risking losing it. Also when facing a new mage you’ll most probably have been exploring for a while and possess a bunch of salt, so returning before fighting an unknown enemy is a good call and will also give you time to prepare for the fight.

Spending your Silver can be a tricky thing, since there isn’t much that is worth getting in town. I personally recommend that you buy as many Hunter Tool Materials as you can. Another good alternative is to buy Bags of Silver or Salt Splinters. These items can be consumed to acquire currency but do not drop when you die, so it’s a good option if you want to gather resources to spend later on.

While exploring the different locations, you’ll be often limited to what you can or can’t reach based on the Inquisitor Tools that you have available. Inquisitor Tools are key items that allow you to interact with the environment to reach new levels or areas. The Grappling Hook, for example, allows you to hook into anchors to swing into upper platforms. 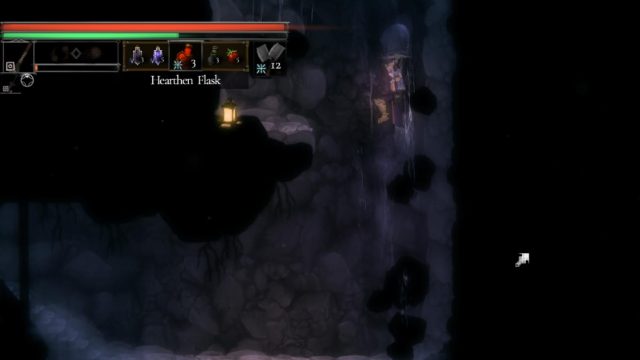 Because most of these are unlocked during end-game, it’s important to re-visit starter locations to reach areas that you previously couldn’t. This will allow you to find many useful items as well as some hidden Missions and NPCs.

Boss fights are the most challenging aspect of Salt and Sacrifice and you might get frustrated when being defeated over and over by the same boss, so here are some tips that might help you overcome a difficult fight: 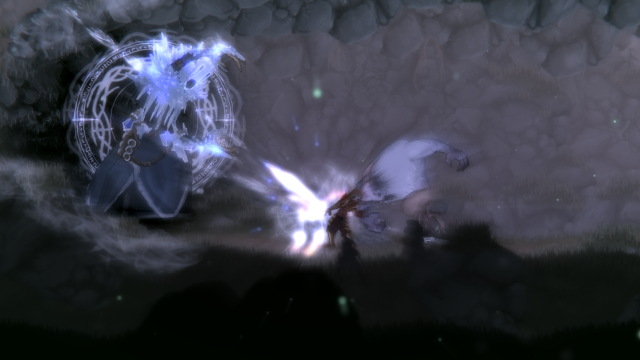 Each main location has a hidden tome that you can deliver to Runereader Diedela next to the portal in town to unlock Fated Hunts. These missions act as daily quests that you can complete to farm Salt, Silver, Crafting Materials and Upgrade materials. 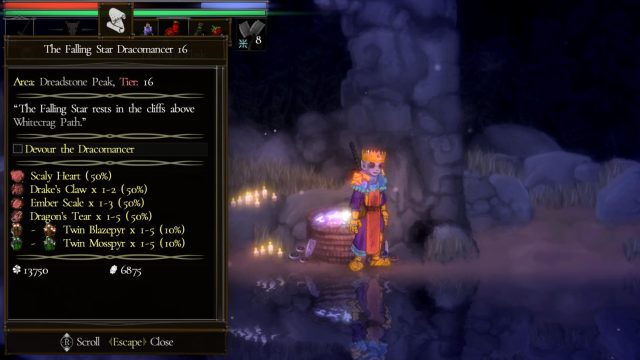 Completing these daily quests is highly advisable, as they not only allow to improve your character, but will often allow you to notice areas that you previously missed as you were hunting for the Boss.

That wraps up our Getting Started Guide for Salt and Sacrifice. If you have any other questions about the game, please feel free to leave them in the comments or drop by our stream on Twitch and ask!