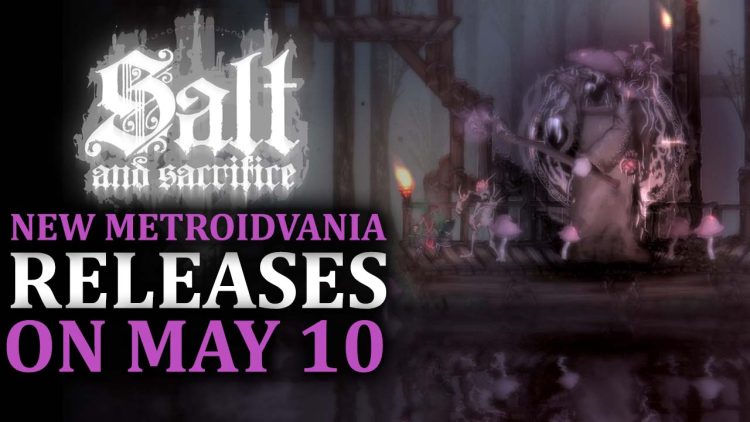 Salt and Sacrifice, the highly anticipated sequel to Salt and Sanctuary is going to be released on May 10, 2022. It will be available on the PlayStation 4, 5 and Windows.

Fans of the Souls-like genre, praise the sun! Another excellent Metroidvania game is going to be playable this year. On May 10, 2022, players will again be able to explore the Alterstone Kingdom and take up the mantle as a Marked Inquisitor. Players are then tasked to hunt down powerful opponents – Mages, and deal with them indiscriminately.

Magic is a dangerous element in the world of Salt and Sacrifice. Similar to magic in Dragon Age: Origins, magic has the power to corrupt and consume those who pursue to study it. Unlucky magic practitioners can inadvertently be transformed into horrifying abominations.

At the centre of all this is the ancient order of the Inquisition. This group has been tasked to abolish all forms of magic. As their foes are quite deadly, the Inquisition does not have a whole lot of people willing to join. Because of this, their ranks are bolstered by taking in condemned criminals who choose service over death. These become the Marked Inquisitors, and they roam the kingdom and devour the hearts of mages. 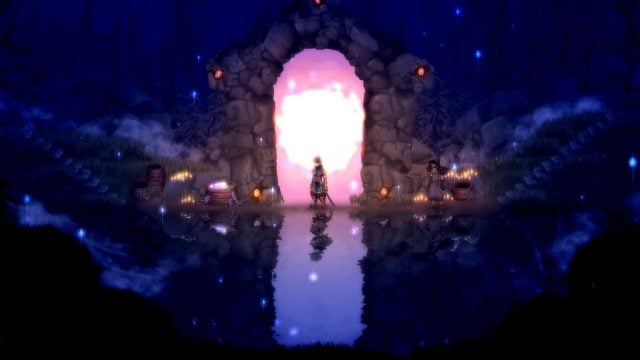 By consuming the remains of mages, Inquisitors gain access to unprecedented powerful new skills. These abilities are called “Runic Arts”, which are basically versions of the powers that mages use, but have been approved for use by the ancient Inquisition.

Players may fully customize the character that they choose to play as. Aside from the usual appearance options, players can also declare the crime they committed to be placed into this situation. There are also a lot of classes available to choose from, such as the assassin, fighter, highblade and paladin, among others. What class you decide to start with will determine things like starter equipment and weapons.

Of course, a Souls-like game would be nothing without its difficult, yet satisfying combat. As the game is a sidescroller, it is purely in 2D. Players who are used to rushing through enemies will not get too far in Salt and Sanctuary. Instead, one must be careful as even the most basic enemies like the Woodlings can cut short an unprepared Inquisitor’s journey. 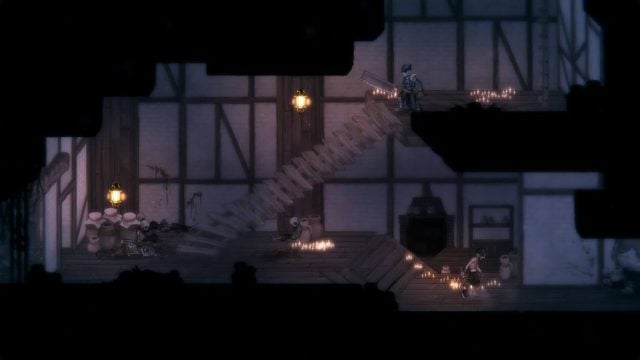 Salt and Sacrifice is a True Metroidvania

To succeed, you must be patient and know when to attack, dodge and block. This is the genre where you really must pay attention to enemy attack patterns to be able to find the best opportunity to strike. As with Dark Souls, it is also quite important to manage your resources such as stamina. If you do perish, you also drop all your Salt, the game’s currency, and must venture forth to where you died to reclaim your riches.

Bosses are what make these kinds of games very memorable, and Salt and Sacrifice is no exception. The game will feature several mini-bosses that will try their best to impede your progress. However, the main bosses are where most of the excitement will come from. Mages are frightening opponents and represent some of the most challenging content of the game. 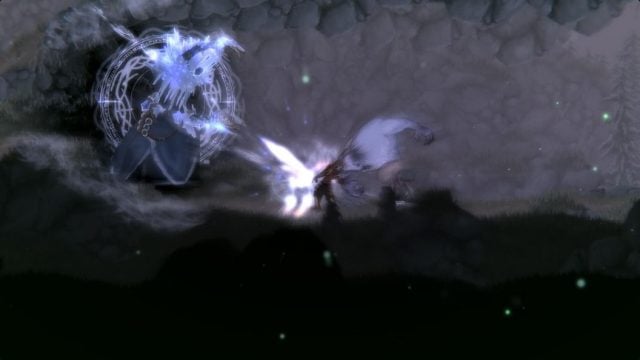 The excellent demo (which you can hear our thoughts in this article) featured several powerful mages. We have the Cryomancer, the mage adept at wielding fearsome ice and lightning magic. Another is Varren Ovrin, The Vilest Hatred, who summons and makes use of venomous elements. Lastly, we also faced off against Kundry Khan, The Drowned Behemoth, who uses water to drown his foes.

Budding Inquisitors must make sure to prepare beforehand and have the best weapons, armor and items ready to face these terrifying foes. If you do manage to beat the powerful bosses, you will get rare materials that you can use for crafting.

In Salt and Sacrifice, there are other Inquisitors you’ll encounter who will stand in your way, namely the Blighttakers: Shroud Alliance and Blueheart Runners. The Shroud Alliance is filled with zealots. They are fanatics who intend to slay fellow Inquisitors to fulfil their mission, which is to bring for the greatest suffering known to mankind. 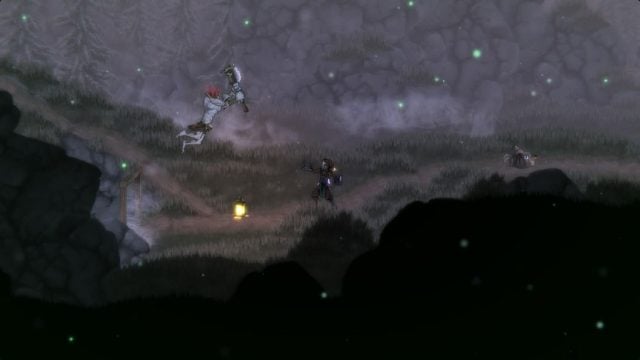 Be Prepared to Die

Conversely, Blueheart Runners act like mercenaries. They seek adventure to destroy realms as well as creatures to take advantage of the loot they get in return. Unfortunately, this results in the emergence of hostile monsters who come from rifts brought about by the destruction Blueheart Runners have caused. So it’s better to strike first to play safe. 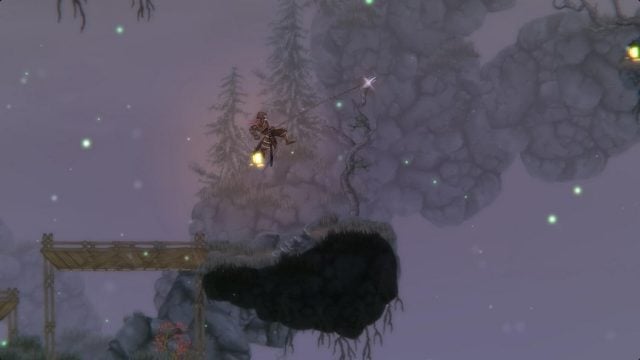 Use a Grappling Hook

Online PVP in Salt and Sacrifice is optional so you can continue the game without engaging other players in combat. In case you’re interested, however, Ska Studios has revamped the systems, making it even more dynamic and more involved compared to its predecessor. For instance, you’ll now be able to sprint while executing running attacks. Doing so will result in a massive impact, sending others flying into the air. But fear not, as this isn’t a hopeless case! To survive, you’ll have the option to use a grappling hook. 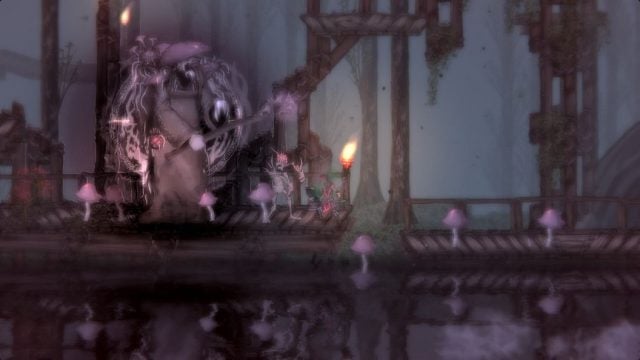 Moreover, you’re also encouraged to acquire Runic Arts to gain new abilities from the Inquisition to aid in encounters. Examples of these include elemental buffs, shockwaves, bombs, and even improvements made to range attacks. Should you run out of unique ammunition, you’ll be able to craft more anyway.

We are definitely very excited to get our hands on the final version of Salt and Sacrifice. We thoroughly enjoyed the demo, and cannot wait to discover the many secrets when the game finally launches. While waiting for the release on May 10, be sure to check out our Top 10 Metroidvanias of 2021. The list includes classics such as Blasphemous, Hollow Knight and Bloodstained: Ritual of the Night.