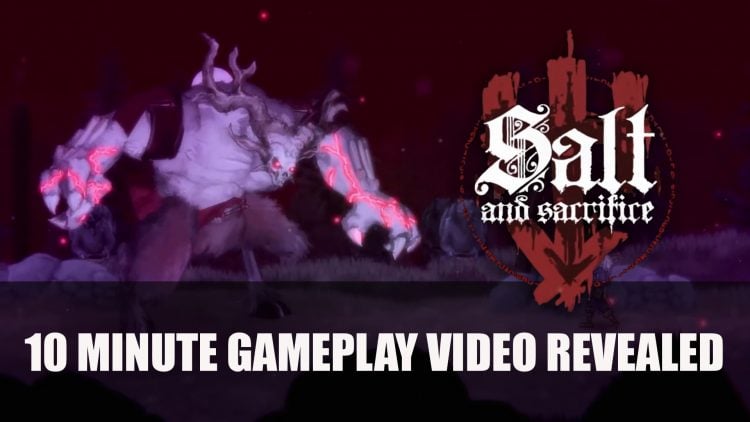 Developer Ska Studios has released a 10 minute gameplay video for upcoming sequel to Salt and Sanctuary, Salt and Sacrifice.

One of the great announcements from Summer Game Fest 2021 was the reveal of the sequel for the hit 2D Action-RPG Salt and Sanctuary. The title Salt and Sacrifice has now gotten a 10-minute gameplay video that shows off what we can expect from the salt sequel.

The video features the newly-forged Marked Inquisitor hunt down deadly a Pyromancer. It also shows the number of monsters that live in Ashbourne Village. It previews some of brawl-style combat from the Paladin class, one of the eight starting classes players can choose from.

The first title Salt and Sanctuary originally release in 2016 on PS4, PS Vita and PC, then later came to Switch in 2018 and Xbox One in 2019. The sequel was announced at Summer Game Fest 2021, confirming both online and local co-op.

Want to know why Salt and Sanctuary made our Top 10 Metroidvanias To Play In 2021? Watch/read about our list here, which includes Death’s Gambit, Bloodstained Ritual of the Night and more!

Salt and Sacrifice will be releasing in 2022, so far confirmed for PS4, PS5 and PC.