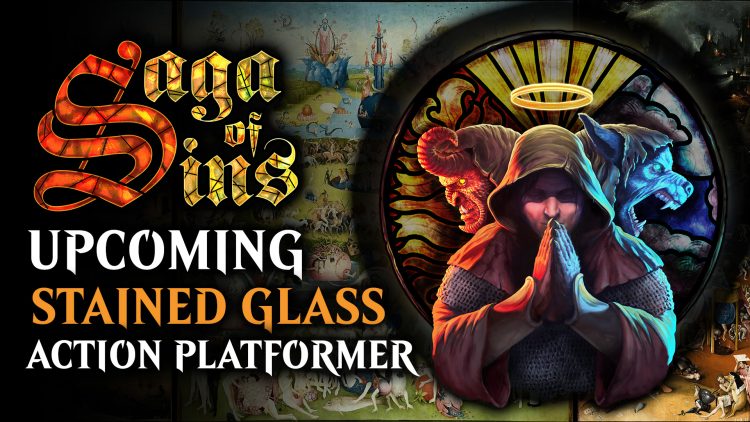 Saga of Sins creates a beautiful stained-glass world filled with sinners and platforming.

The second game coming out of indie developers Bonus Level Entertainment looks to be quite the sinful indulgence. Saga of Sins is a side-scrolling platformer RPG that takes pride in its gorgeously unique art style. It also touts itself as an arcade game in some aspects, which will be quite interesting to see how they pull it off.

Blood on the Snow

Saga of Sins immediately pops out because of its gorgeous art style. In all honesty, it looks a bit like Pentiment if it was mixed with stained glass art. However, the 16th-century European setting may be the only thing that the two games have in common.

The art style in Saga of Sins is highly inspired by the works of the Dutch Painter Hieronymus Bosch who lived between 1450 and 1516. He is primarily known for the creation of a triptych (three folds) paintings, specifically “The Garden of Earthly Delights” and “The Temptation of St. Anthony”. These two works are perfect in the way that they would encapsulate Saga of Sins’ subject matter. 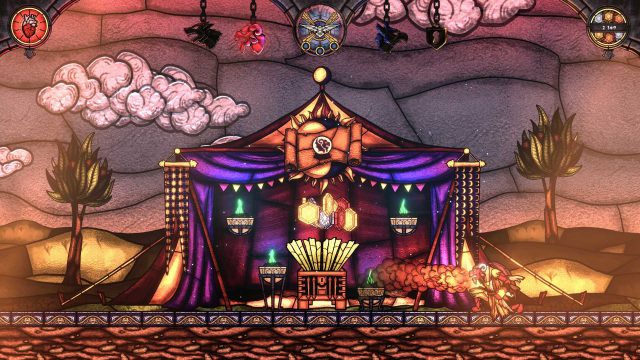 You see, the world is stained by sin, much in the same way that it is created purely out of stained glass. A mysterious sickness has begun to afflict the populace of Sinwell. The seven deadly sins have found their way into the heart of humanity, and they have thus succumbed to the temptations.

Players will control a cleric named Cecil. He has quite a unique power, in the sense that he can enter the minds of anyone just like the Psychonauts. The seven deadly sins must be purged and cast out of the minds of everyone, and Cecil is the only one who can make this possible. 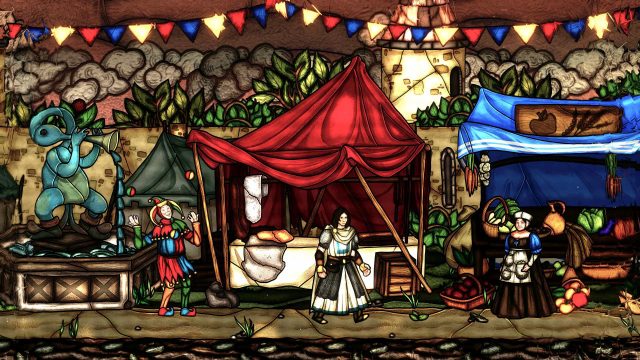 Cecil can enter the minds of 31 villagers in Saga of Sins. Each one will be different, and be either the brain of a sinner or an innocent.

The minds of sinners will be your action-oriented set pieces wherein the player must do battle with the likes of Gluttony, Sloth, Envy, Greed, Pride, Lust, and Wrath. Judging by the trailer footage, these kinds of minds are messy and full of activity, bursting at the seams with various foes and challenges. 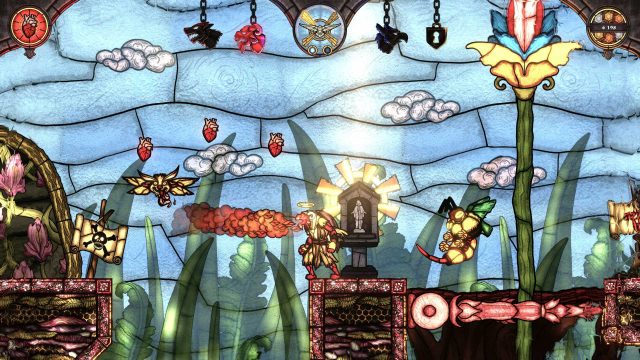 Innocents, on the other hand, will be a bit more relaxed (if that was possible). Instead of needing to battle for your life, the innocent minds will be filled with various puzzles, riddles, and other tests of skill. It looks like your mind will be tested here more than your reflexes.

The Wages of Sin

Each mind corrupted by sin will take the form of whatever evil that is currently inhabiting it. One example calls out Gluttony, who was able to create the scene of a bustling tavern in its unsuspecting host. Instead of boisterous patrons, the place is littered with greedy pigs and other demonic imps. 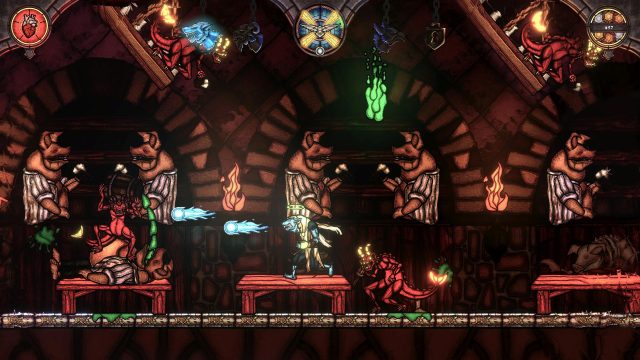 Into the Minds of Gluttony

Even this is inspired by Bosch’s works, specifically “Last Judgement”. This painting depicts a devil forcing its prey to drink ale, and is represented somewhat in the game. 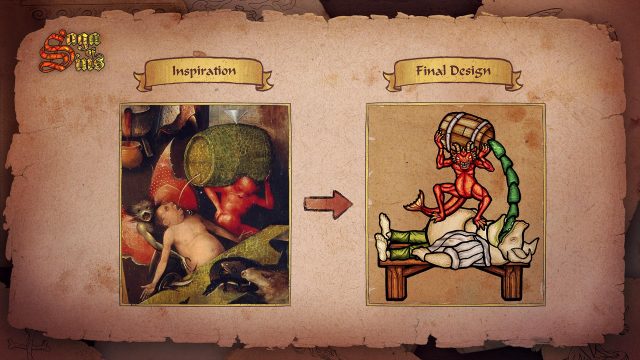 Another deadly sin, Greed, is also given a bit of a spotlight. Some minds afflicted with Greed’s influence are depicted as vast lairs with oceans made up entirely of gold. Don’t forget though, that not all that glitters is actually gold.

To Beat Evil, You Must Join Them

In Saga of Sins, Cecil will be able to assume the form of 4 demonic creatures including the Werewolf, Gargoyle, Griffin, and another transformation that’s yet to be revealed by the developers. What makes each of them unique are their individual abilities. Each can be upgraded as you progress further in the game. Aside from this, you’ll also obtain some shared skills such as Power Dash and the usual Jump. 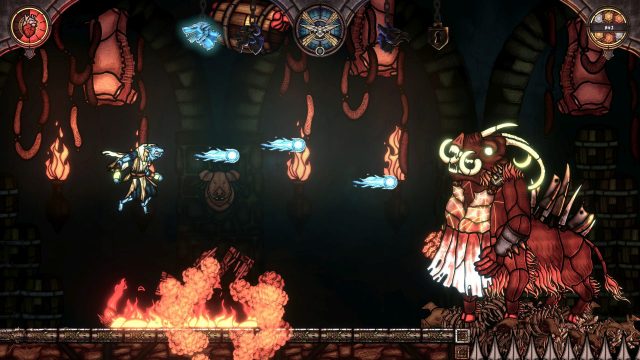 Wrath, the Angriest of the Bunch

The Howling Werewolf is a notorious night fighter, often saving all his energy when most of the world is asleep and vulnerable. If speed and ranged damage are equally important to you, then you’d be delighted with their Triple Shot Skill. Meanwhile, Revelation Howl is the Werewolf’s Special Ability. This lets them howl deeply at the moon in order to shatter glass. Doing so reveals treasure chests that are definitely ripe for the taking. This is also quite dangerous given that the entire world is made of stained glass. 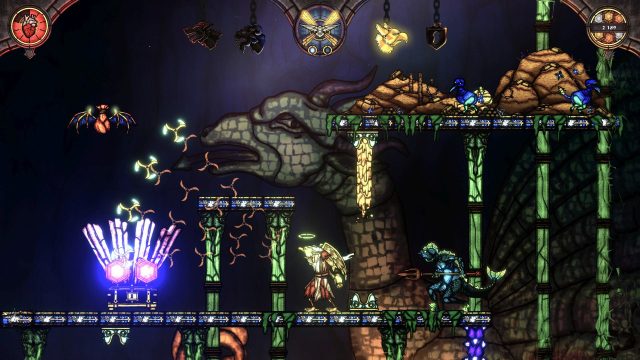 Next is the Fierce Gargoyle who is a known protector of the divine. With Fire Breath, they can easily target flying enemies and go against creatures who deal massive damage in the melee range. In fact, the fire’s distance can even be upgraded to go further! This can even be used to clear your path when exploring caverns and dungeons. In terms of revealing treasure chests, the Gargoyle makes use of the same Fire Breath by igniting several braziers in the area, each with their secret combination. 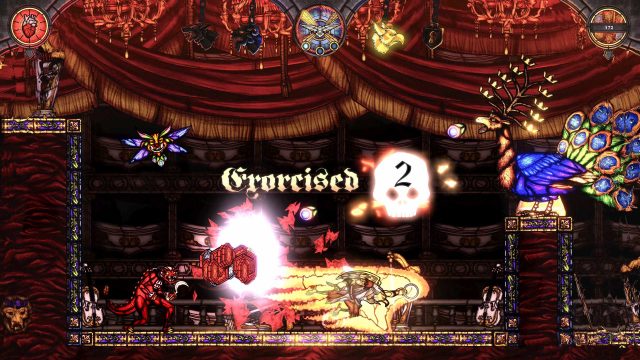 Last but not least that we know of is the Mighty Griffin! With Spread Shot, they’re able to target multiple creatures using several projectiles. Should you donate enough gold to the different Madonna statues, you’ll be able to increase the number of projectiles you throw. The Griffin’s Special Ability is called Wall Climb, which allows them to traverse difficult terrain such as those covered in vines. You can use this to surprise enemies and to discover other secret passages.

Closing Out the Saga of Sins

Saga of Sins releases on March 30, 2023. It will be available on all major consoles – PlayStation 4/5, Xbox Series X|S, Nintendo Switch, and PC via Steam. No price has been listed just yet, but a demo is currently now available on Steam.